Gold Fashioned is for Those Tired of Making Cocktails
American

Tired of Making Cocktails? Try This Old-Fashioned in a Bottle…If You Can Afford It 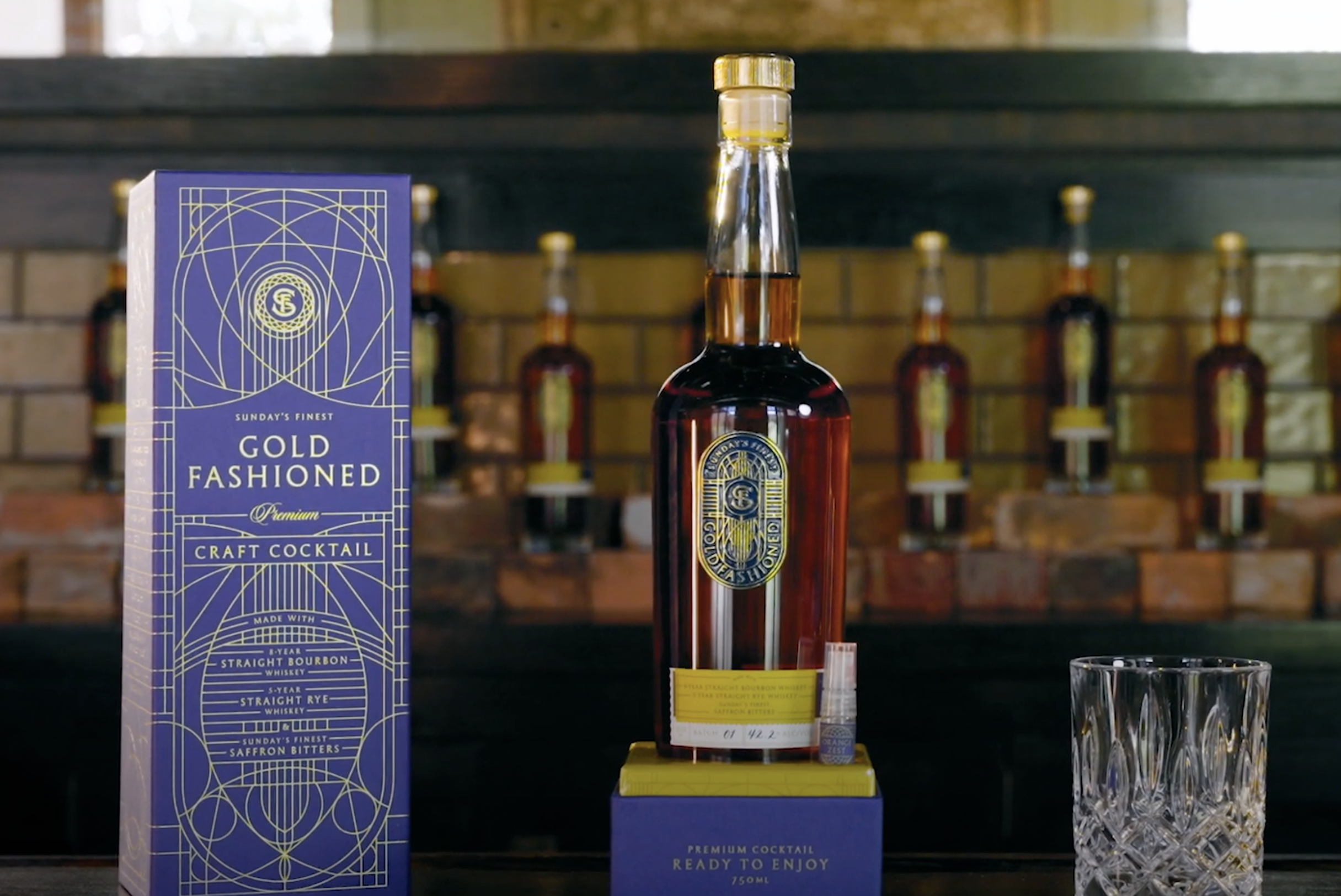 At $150 a bottle, the Gold Fashioned is no cheap cocktail. But hey, it sounds good. (Photo: Sunday’s Finest)

The Old-Fashioned is a classic cocktail. It’s also pretty easy to make. Get your sugar or simple syrup, bitters and, of course, bourbon. Add in an orange peel for garnish and perhaps a Maraschino cherry, and voila. But if you don’t want to spend the time it takes to make the drink, Sunday’s Finest has you covered with its new cocktail in a bottle, the “Gold Fashioned.”

With a suggested retail price of $150 a bottle, this is certainly a luxury option.

The base spirit for the Gold Fashioned is a blend of eight-Year Kentucky straight bourbon and five-year Indiana straight rye whiskey.

For the aromatic bitters, Sunday’s Finest uses a proprietary blend of herbs and spices. Using the traditional maceration method, hand-harvested Herat Saffron is combined with Grade A Tahitian Vanilla Beans, single-origin Ecuadorian Cacao, Seville Orange Peel and wild-harvested Gentian Root from the French Alps, according to a news release.

The Gold Fashioned’s sweetness comes from demerara sugar from Malawi.

The Gold Fashioned will be available online and at retailers in 45 states.

It’s easy to turn one’s nose up at a cocktail that comes premade (and the idea of not being able to tinker with proportions is a little uncomfortable), but frankly… This sounds pretty good. A rye-bourbon blend and demerara sounds like the perfect start to an Old-Fashioned, and that proprietary bitters blend is a pretty interesting concept. At the very least, this release should be worth a try — if you have $150 in your budget for a bottle.