Grammy Award-winning singer T-Pain released a cocktail book “Can I Mix You a Drink?” in September. The book, a collaboration with mixologist Maxwell Britten, is 144 pages and holds 50 recipes. Each drink is said to reflect some element of the singer’s life and career, including many named after prominent songs T-Pain released or was featured on. In the video above, released Sunday, T-Pain sits down with CBS Sunday Morning to discuss his book and detail some of his more unusual recipes.

“Soul on Fire” is a recipe requiring homemade cinnamon syrup. The catch? The syrup requires routine stirring over a 48-hour period. We love creative cocktails, but man, that is a lot of effort. Kudos to anyone brave enough to make the Soul on Fire.

“You got to really want these drinks, man,” T-Pain said with a laugh in the video when asked about the Soul on Fire. 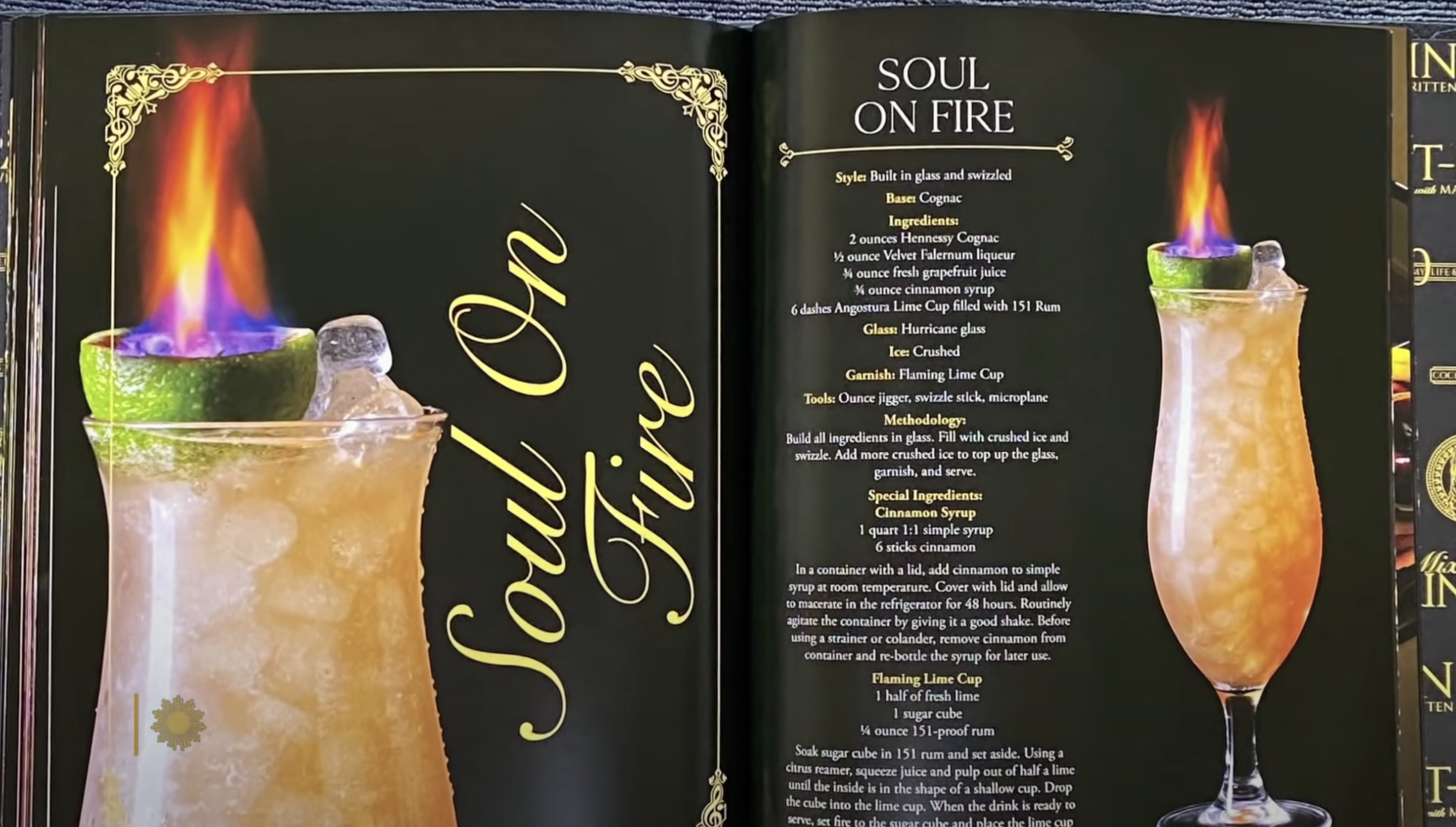 T-Pain’s “Soul on Fire” might just be an accurate description of how the maker of the drink will fill after making it through the long journey to its completion. (Photo: YouTube/CBS Sunday Morning)

Another of the more intricate drinks — which T-Pain makes in the video — is the “5 O’clock,” named after one of his hit songs, which mixes ice cream with beer, bourbon and cinnamon schnapps. Never too decadent, the drink is also to be topped with whipped cream and gold flakes.

“This whole drink is just an excuse to eat ice cream,” T-Pain said in the video.

T-Pain is the perfect singer to release a cocktail book. The singer’s hit songs have often been related to alcohol; his two biggest songs are called “Buy U a Drank” and “Bartender,” and he has another song called “Tipsy.” He also sings the chorus on Jamie Foxx’s platinum hit “Blame it,” which goes: “Blame it on the Goose (referencing Grey Goose Vodka), gotcha feelin’ loose. Blame it on the ‘Trón (short for Patrón Tequila), got you in the zone. Blame it on the a-a-a-a-a-alcohol.”