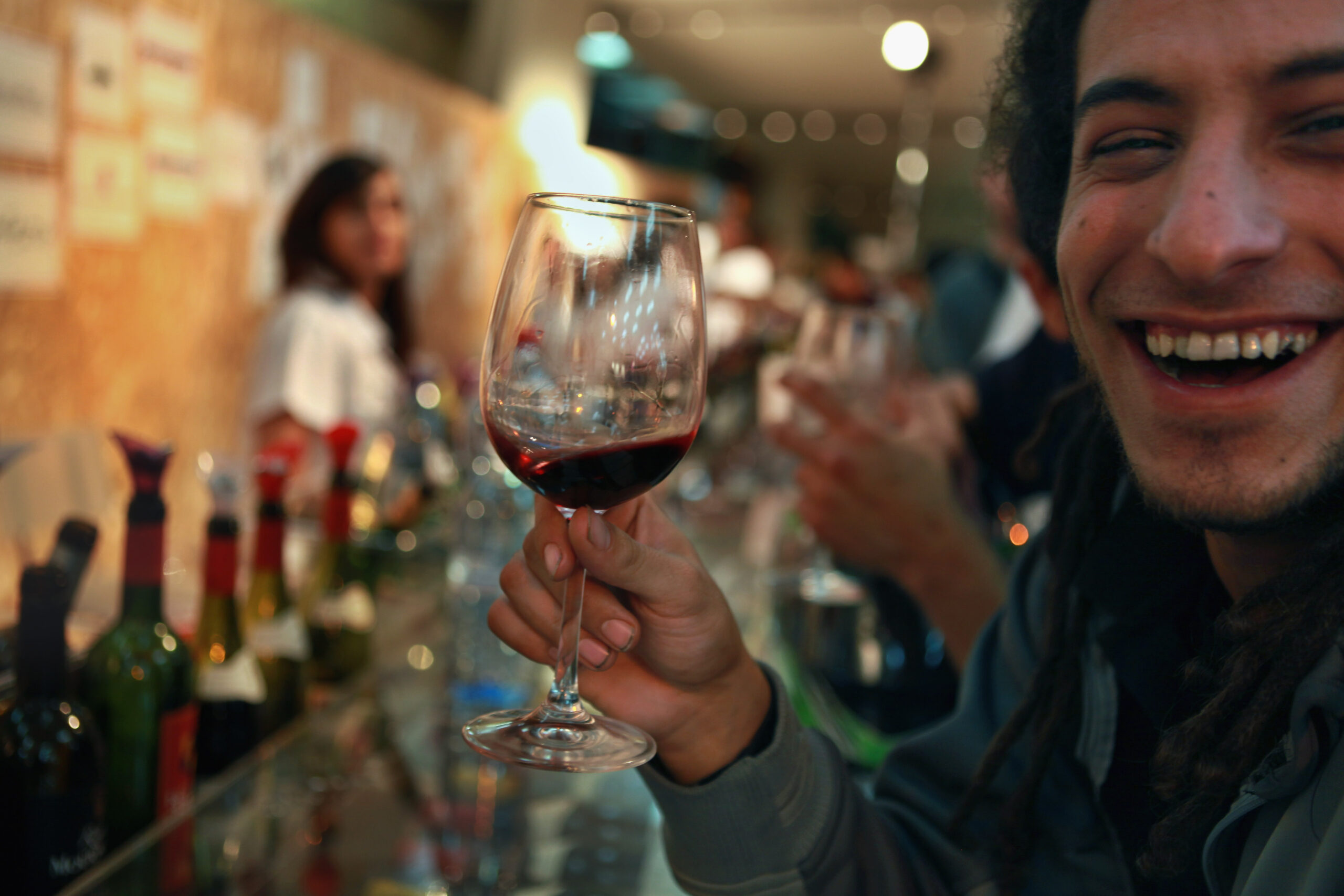 A visitor enjoys a glass of red wine at the Sommelier 2009 wine exhibition on Nov. 2, 2009, in Tel Aviv, Israel. Tastry is a company that uses AI could (Photo by David Silverman/Getty Images)

Robot bartenders already exist and will continue to grow in prominence as bars realize the hefty prices will be well worth it considering the elimination of salaries and waste implementing robots will bring, without tiring as humans do.

The concept of robot sommeliers is more complex; robot bartenders simply need to take orders and make drinks, while the job of a sommelier is to analyze flavors and suggest wines to pair based on food pairings and consumers’ personal palates. But thanks to Tastry, wine-analyzing artificial intelligence is here.

Katrina Axelsson founded Tastry because, as a chemist in the wine industry, she noticed a stark difference between which wines winemakers thought would perform well and which ended up succeeding.

“The entire industry — from the winery to the distributor, to the retailer, to the consumer — is forced to make educated guesses, and the risks are high,” Axelsson told Retail TouchPoints. “What starts out as a million-dollar production at the winery becomes a $30 bottle of wine that gets poured down the drain. The process is wasteful, expensive and a guessing game.”

Axelsson’s TastryAI uses a proprietary blend of machine learning, sensory science and analytical chemistry to identify palate preferences of individuals so retailers and distributors can make the best wine recommendations. The AI makes recommendations by identifying the flavor and aroma matrices of wines by analyzing thousands of products in a lab and comparing them with consumers’ palates.

In the Retail TouchPoints story, Axelsson identifies a problem in the way consumers shop for wines: They’ll frequently follow recommendations, ratings and reviews, but everyone’s palate is different, so what tastes good to one person may taste bad to another. Individual palates vary so greatly that two people may have similar palates for one type of wine but totally different ones for another, Axelsson said.

First, TastryAI analyzes the flavor of a wine, pulling over 5 million data points from each bottle. Then, another algorithm looks at that flavor and the flavors of other wines or subset of wines, and identifies a set of questions to ask the consumer, such as “How do you feel about the smell of fresh-cut grass?”

Since the AI knows which compounds or groups of compounds cause that sensation, the answer to the question will teach it about how consumers feel about certain compounds. Axelsson said the AI asks enough questions to understand 80% or more of consumers’ unique palates. Then, the company compares the flavors and consumer palate and finds wines with flavor profiles close to the palate.

Beyond the basic wine recommendations, Axelsson said some of Tastry’s retail partners are using the AI to integrate cross-aisle pairings of wines with meal kits, hot food items and recipes.

Axelsson predicts that within five to 10 years, thanks to AI such as Tastry, “the idea of endlessly spending money buying and trying products we end up not enjoying will be a thing of the past.”