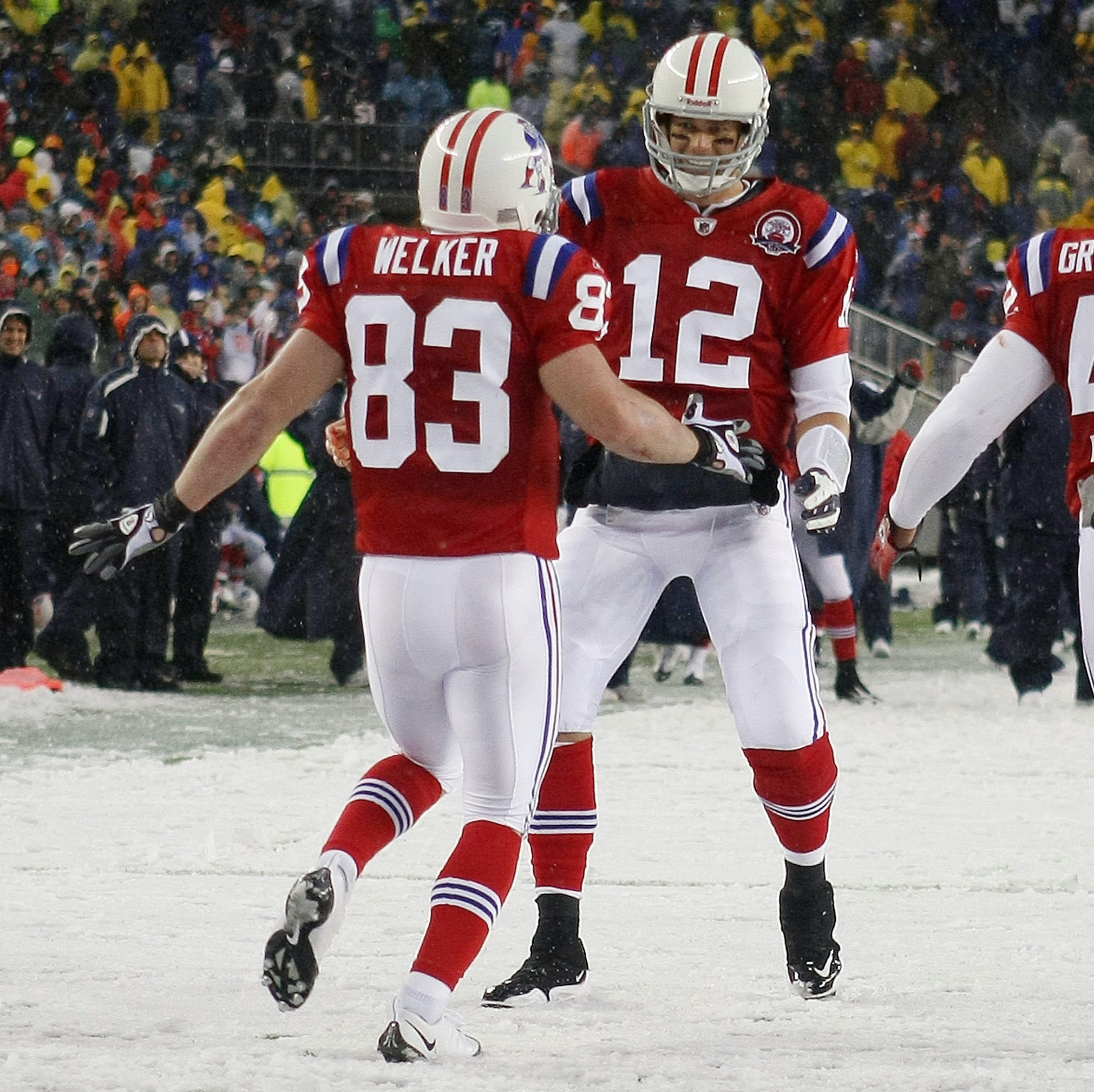 Tom Brady (#12) of the New England Patriots congratulates Wes Welker (#83) after Welker ran the ball in for a touchdown in the second quarter against the Tennessee Titans on Oct. 18, 2009, at Gillette Stadium in Foxboro, Massachusetts. (Photo by Elsa/Getty Images)

During a Q&A session for Autograph NFTs on Monday, Tom Brady, the greatest player to ever grace a football field, and Rob Gronkowski, arguably the most dominant tight end of all time, shared a hilarious story regarding wide receiver Wes Welker, who played with Brady and Gronkowski for the New England Patriots.

In December 2010, the Patriots were in Chicago for a road game against the Bears. The pregame windchill was 9 degrees, and the wind was roaring at 30 mph. It was frigid. Welker went with the old classic to warm himself up: a shot of whiskey.

“I do remember Wes Welker taking a shot of, I think, Jack Daniel’s before the game too because he was trying to warm up,” Brady said, according to MassLive. “He’s like, ‘TB, come on get a shot!’ And I’m like, ‘I’m not taking a shot before the game.’ Because Wes was so old school. He was like, ‘I’ve gotta take it!’ And he did. He went out there and was wearing no sleeves. He was so fired up for the game. It was hilarious.”

Gronkowski confirmed the story: “He did. He did rip a shot. And it was Jack Daniel’s,” Gronkowski said. “What a maniac. I love him.”

Apparently, that shot of Jack had Welker feeling warm; the receiver caught eight passes for 115 yards in the Pats’ 36-7 blowout win. Brady had a great game, too, despite passing on the shot. The quarterback threw for 369 yards and two touchdowns, with no interceptions.

Brady, 44, announced his retirement from the NFL in February. Welker, 40, now serves as the wide receivers coach for the Miami Dolphins. It is unclear whether Gronkowski, 32, will continue to play or retire. He retired at age 29 but returned to sign with the Tampa Bay Buccaneers alongside Brady, where the two won a Super Bowl in 2021.