Chasing a Super Buzz for the Super Bowl? Look No Further Than These 5 Whiskeys 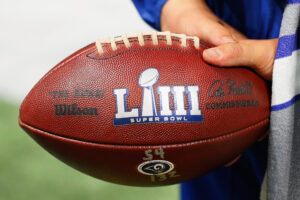 A detail of a football used during Super Bowl LIII between the Los Angeles Rams and the New England Patriots at Mercedes-Benz Stadium on Feb. 3, 2019, in Atlanta, Georgia. (Photo by Kevin C. Cox/Getty Images)

Your Super Bowl party is just around the corner. What are you going to serve your guests? Below are our top picks for the perfect dram, from patriotic options to high-proof bourbons. Whether you’re hosting a big bash or watching at home, make sure to have one of these five whiskey brands in stock before kickoff time. 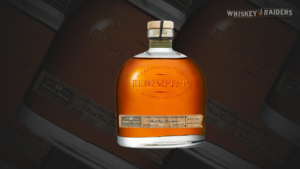 It’s no wonder that this 10-year-old rye has earned its place on the shelves of whiskey collectors. Bottled at barrel proof with 95% rye content, it starts with an explosive concentration of flavors followed by a long, mellow, memorable finish. If you enjoy a true premium rye whiskey, this will be an impressive option to serve to your guests, and its higher proof (114.4) drinks well either neat or in cocktails. 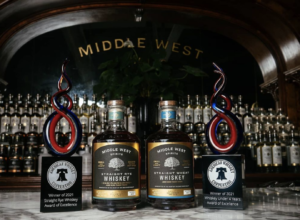 If you’re rooting for the Bengals on Sunday, then Middle West is the whiskey to serve. Middle West is distilled out of Ohio (The Bengals’ home state) and has been called the “Midwest’s best-kept secret.” The Sherry Cask-Finished Bourbon is matured for at least six years in American white oak barrels made in Ohio and then Spain’s Solera Sherry casks. 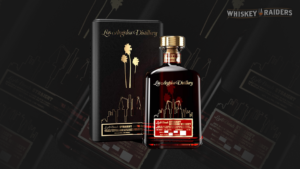 If the Rams are the team that you’re rooting for, then the Los Angeles-based whiskey, Beach Straight Bourbon, should be your go-to. This year, the special-edition release is long-aged exceptional bourbon from the Luxury Spirits family of Los Angeles Distillery. Made with 51% non-GMO corn and malted barley, this is an extremely smooth whiskey with excellent vanilla and wood flavors, as well as a strong sweetness of the corn. 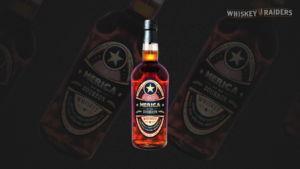 With the Super Bowl being the most-watched sporting event in the U.S. you might want a more patriotic twist for the festivities. Developed by U.S. military veterans, Merica Bourbon is a young whiskey, but it retails on the less-expensive side, so there will be more to go around for guests as well as a festive touch from the bottle. 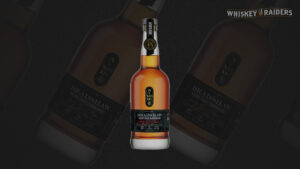 Bradshaw Bourbon was made in collaboration with Silver Screen Bottling Company and NFL Hall of Fame quarterback Terry Bradshaw. While there is no age statement, it’s bottled at 51.9% ABV, the same percentage as Bradshaw’s passing completion rate in his 14 years with the Pittsburgh Steelers. So, not only do you get a football-themed bourbon but some football trivia to go along with it.

Once the party’s over, you can head on over to our science-backed cures to treat any post-Super Bowl hangover you may suffer.