Wasting Alcohol is not an Option: Traveler Shares Shots of Booze in Airport Security Line 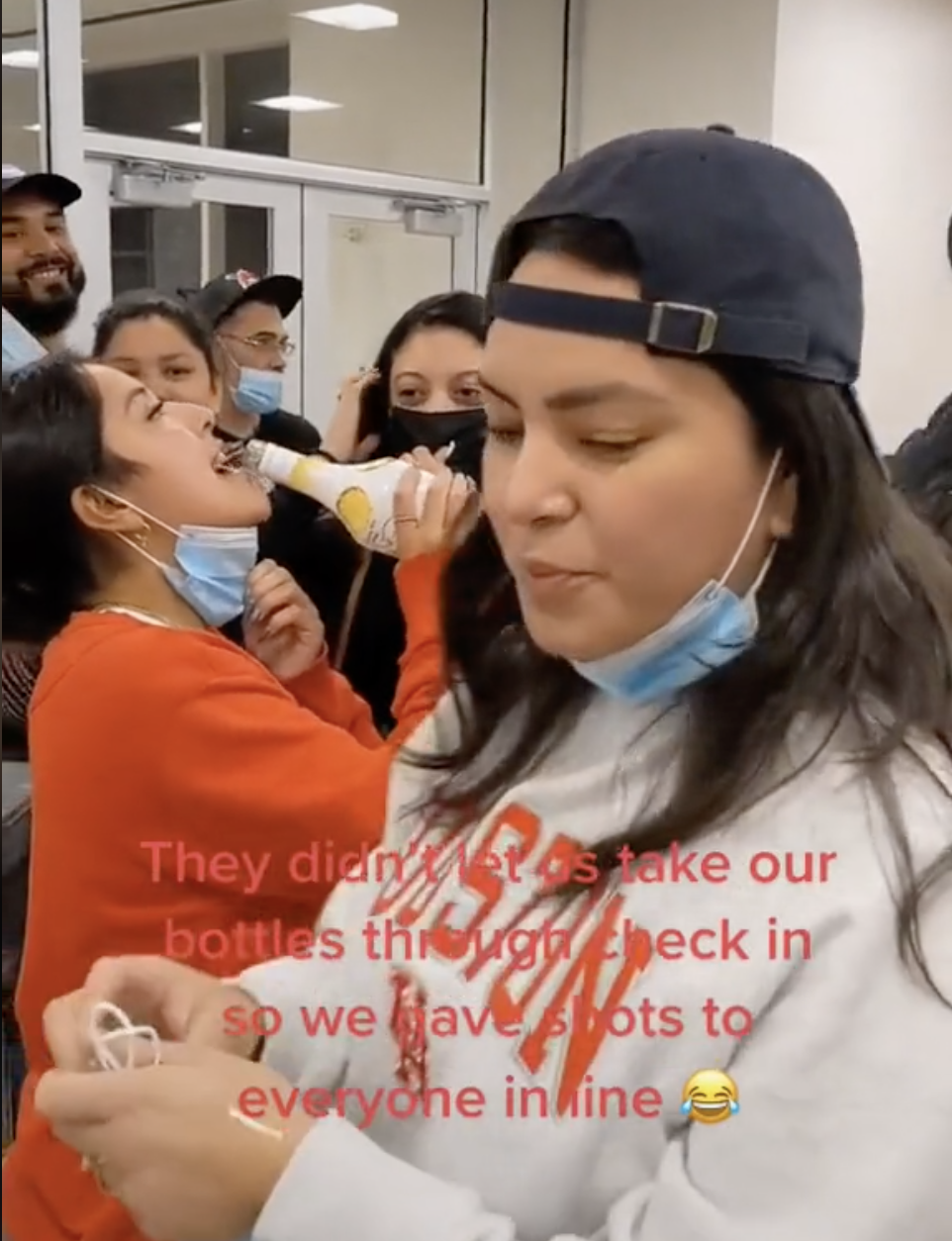 Sharing bottles of booze with strangers at the airport is equal parts chaotic, kickass and — taking into account COVID-19 — stupid. (Photo: latinnbellaa/TikTok)

Apparently unaware of the 100-milliliter rule, a woman, TikTok user latinnbellaa, and her friends had their bottles of alcohol turned away by airport security. Rather than throw the bottles away, the group gave out shots to fellow travelers and posted a video of the occurrence on Tik Tok.

The woman who posted the video clarified the following in the comments: “1. Yes we got on our flight, nobody was kicked out. It was a shot, no one was drunk. 2. The bottles were not in our carry on bag. We missed our deadline to check in our bags to cargo so we had to bring them thru TSA.”

That makes a little more sense; at least they didn’t bring the bottles to the airport expecting to bring them on the plane with them. Still, though, once they missed the deadline to check their bags, why even bother trying to get the bottles through security? To give out free booze, apparently.

The comments on the video were a mixed bag but mostly jokes. A couple of the best ones: “it’s all fun until you realize it [sic] that your pilot is in the line,” said user ezzeddinjin. “Airports are literally the strictest and non strictest place to be all at the same time,” added user stephiexrae.

Some users, however, pointed out that passing around a bottle to drink out of with strangers at the airport is probably not the best COVID-19 protocol. “The fact that they are taking off their masks to drink from the same bottle,” commented user jsuisbebe, while user natforprez remarked, “Real Covid safe.”

Many airlines ditched hard liquor sales during the COVID-19 pandemic, so hey, a little pregaming may be necessary, depending on whether your flight is one that has brought back booze.