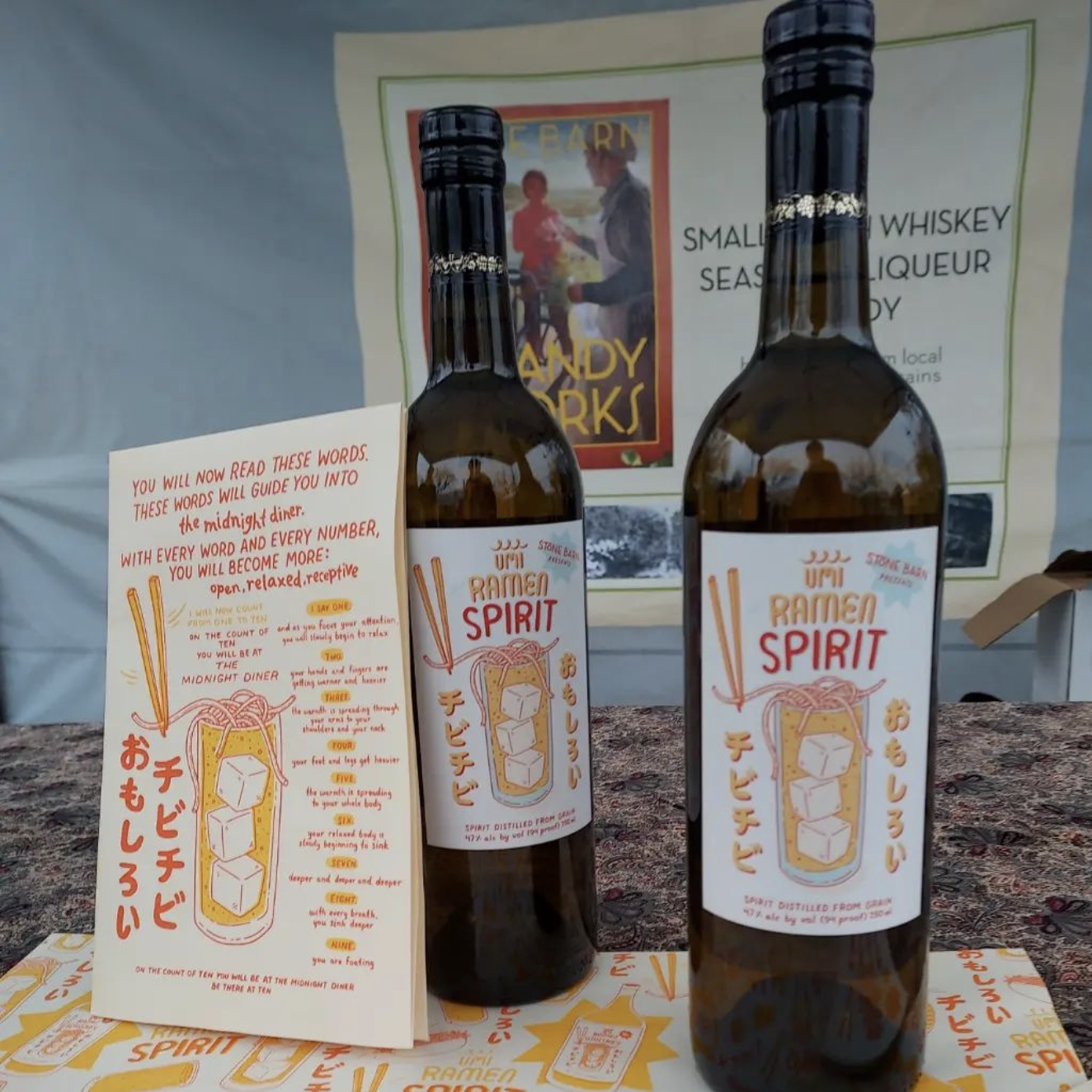 Two Portland, Oregon companies — a distillery and a noodle maker — teamed up to release a spirit “in the style of whiskey” made from organic ramen noodles, eliminating waste by using noodles that would have been thrown away.

In 2016, distiller Andy Garrison of Stone Barn Brandyworks reached out to Lola Milholland, CEO of Umi Organic, to see if she had any spare ramen noodles she wasn’t able to sell, reasoning that both whiskey and noodles are derived from grain, so he could make a whiskey-like spirit out of Umi’s leftovers. Milholland agreed, overjoyed that she wouldn’t need to waste her soon-expiring noodles, according to a blog post from Umi Organic.

Umi Ramen Spirit was released as part of an annual event, the Kobe + Portland Yakisoba Project. This year’s event, the Midnight Diner Edition, offers a one-of-a-kind meal that can be purchased at four Portland restaurants, called the Umi Kobe Combo, a “Happy Meal fo the late-night crowd” featuring Umi Ramen Spirit served as a Portland-Style Highball, served alongside a “yakisoba-pan,” yakisoba noodles tucked into a milk bun.

After the event, Stone Barn will sell a small number of bottles of the Umi Ramen Spirit from their Southeast Portland tasting room and at farmers’ markets in the region, according to The Whiskey Wash.