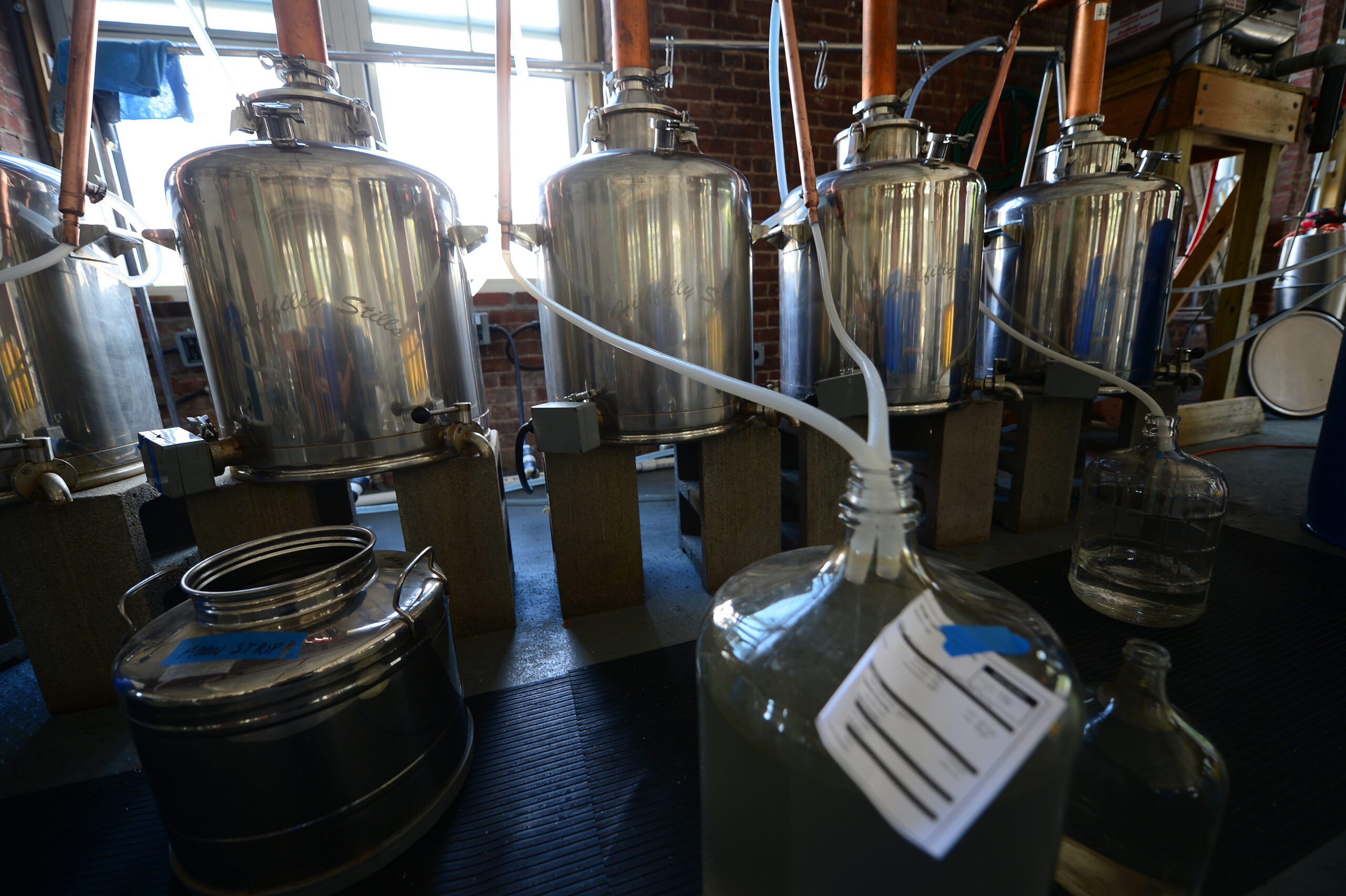 Whiskey making stills produce at the Kings County Distillery on Sept. 22, 2012, at the Brooklyn Navy Yard in New York. Home distilling may soon be legalized in West Virginia, allowing residents to make their own spirits. (Photo credit should read EMMANUEL DUNAND/AFP/GettyImages)

A bill has been proposed that would legalize home distilling in West Virginia, allowing residents to make liquor at home for themselves and their family members, per NewsNation.

Any alcohol manufactured under this proposed bill may not be sold or offered for sale.

The bill passed the West Virginia House of Delegates on Monday and will now head to the state Senate.

It is already legal for West Virginians to make beer and wine in their homes.