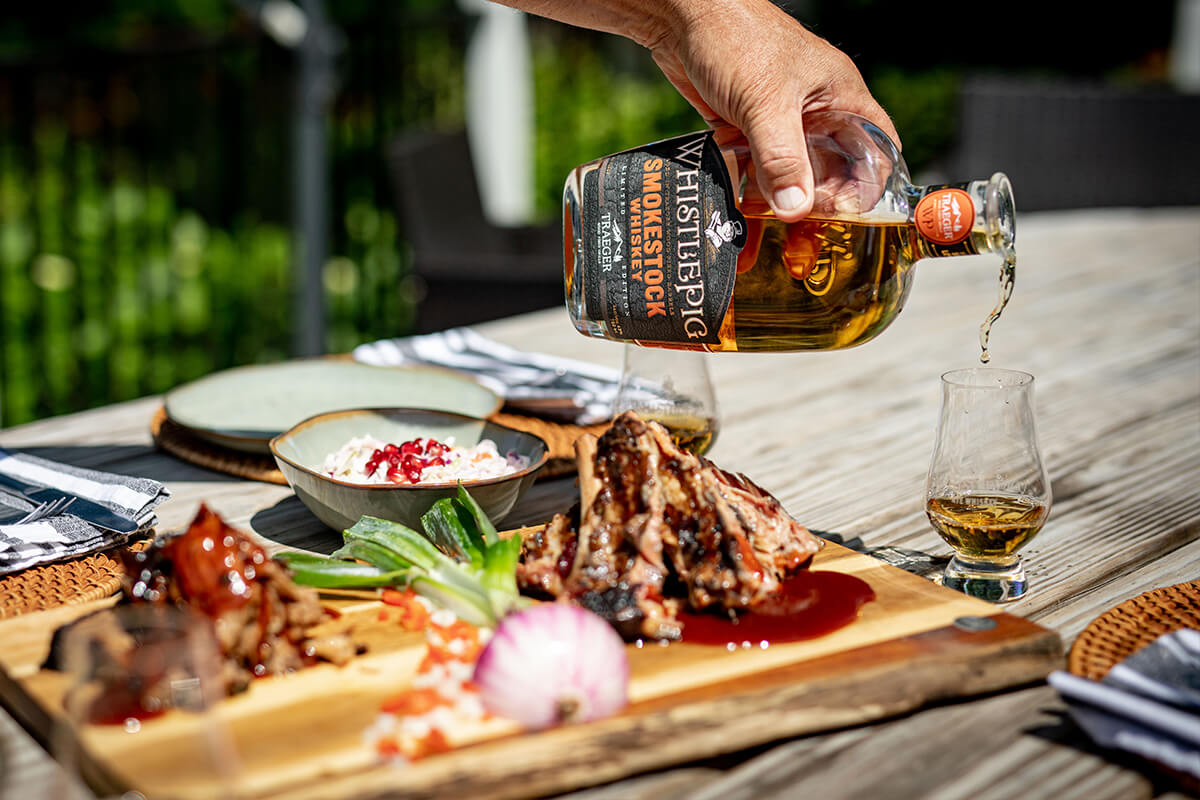 Vermont distillery WhistlePig Whiskey this week announced the release of WhistlePig SmokeStock Wood Fired Whiskey, crafted in partnership with Traeger Grills. The brands are touting this release as “the ultimate whiskey for the backyard bartender.”

The limited-edition whiskey is aged in American Oak No. 3 char barrels and smoked with Traeger’s Apple barbecue wood, which the brands say imparts flavors of campfire smoke and subtle savory notes alongside WhistlePig’s bold and spice-forward style.

WhistlePig SmokeStock Whiskey is bottled at 86 proof and available at WhistlePig’s online shop for $72.99.

Nose: Smoky notes with hints of leather and vanilla.
Taste: Smoke gradually wells up on the palate bringing a mouthful of warm creamy apple and slight savory notes of barbecue.
Finish: Long and smoky with our signature Rye finish.