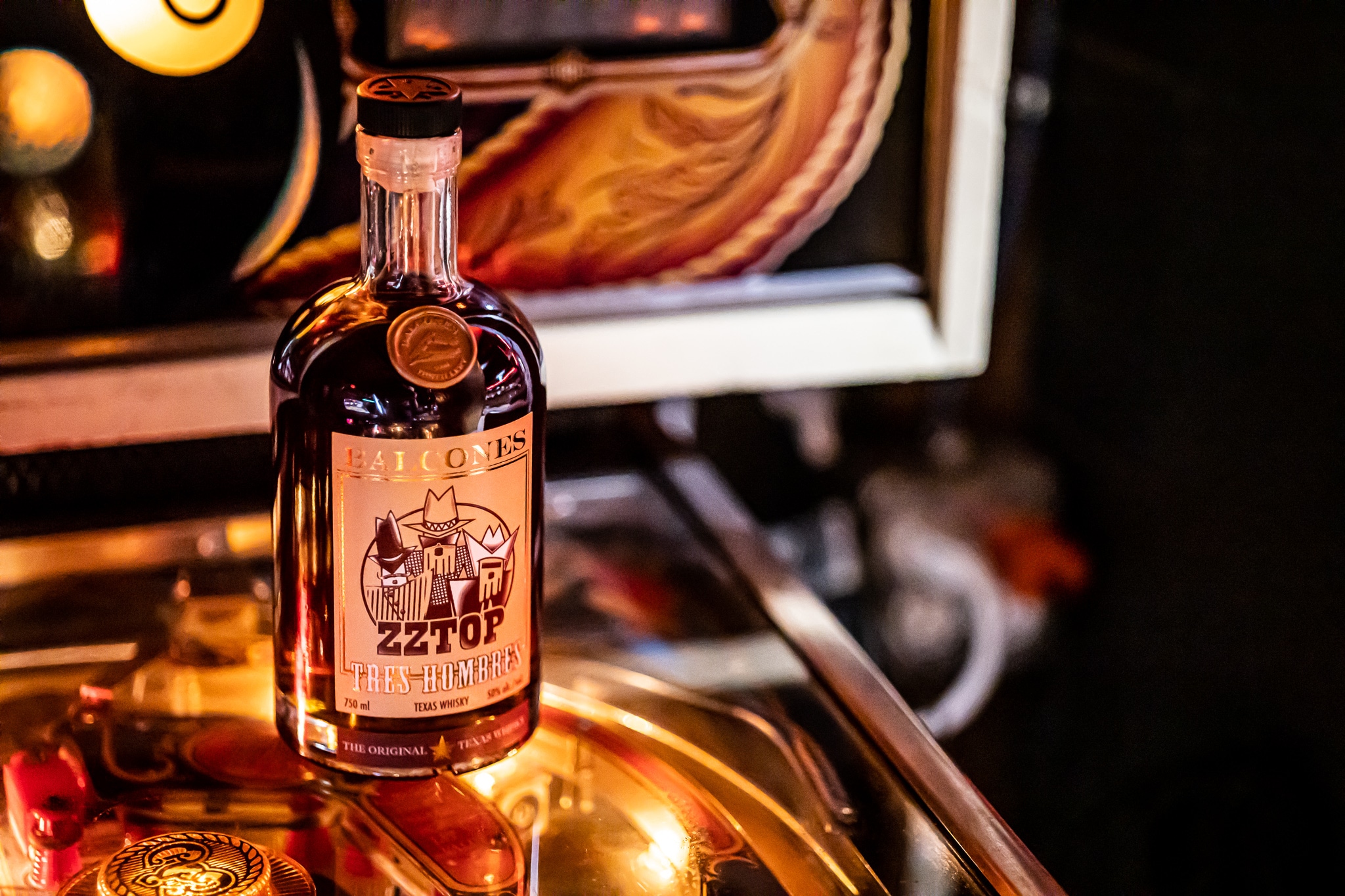 Rock & Roll Hall of Fame-inducted band ZZ Top and Texas-based Balcones Distilling are collaborating on a new whiskey. According to a news release, the whiskey is titled Tres Hombres, named after the band’s first top-10 album, released in 1973.

Tres Hombres is made from three different mash bills: blue corn, malted barley matured in virgin oak and rye. A 750-milliliter bottle of Tres Hombres retails for $59.99 on Balcones’ website. It is bottled at 100 proof.

“ZZ Top’s love of Texas runs deep and we can’t think of a better way to celebrate that than by creating something together with Balcones – The Original Texas Whisky,” said Carl Stubner, ZZ Top’s manager. “Tres Hombres exemplifies what can be achieved when brands care deeply about their respective products and legacy.”

Formed in Houston, ZZ Top is a texas band through and through, so a partnership with a Texas distillery makes perfect sense.

“It was incredible to collaborate with the ZZ Top team to develop an exclusive whisky that celebrates ZZ Top’s and Balcones’ shared Texas roots,” said Jared Himstedt, head distiller at Balcones Distilling. “To actually get to taste through the blending process with ZZ Top and make a whisky that synthesizes our joint vision for Tres Hombres was an honor. ZZ are Texas and Rock legends, and we can’t wait to share Tres Hombres with folks.”

Tres Hombres is available nationally for pre-order now on Balcones’s website and Keg N Bottle. It will be released to Texas liquor stores and select other states next month.

Balcones says it expects the whiskey to ship in time for the holidays, but due to COVID-19-related shipping delays, it cannot make guarantees about specific timing.

Nose: Evaporative and spritely with aromas of honeycrisp apples and buttered pastry; hint of suede and whiteflower honey

Finish: Effervescent with a bit of fresh ginger and sage