We Tasted 2022 Goose Island Bourbon County Ahead of Its Launch; Here’s What We Thought 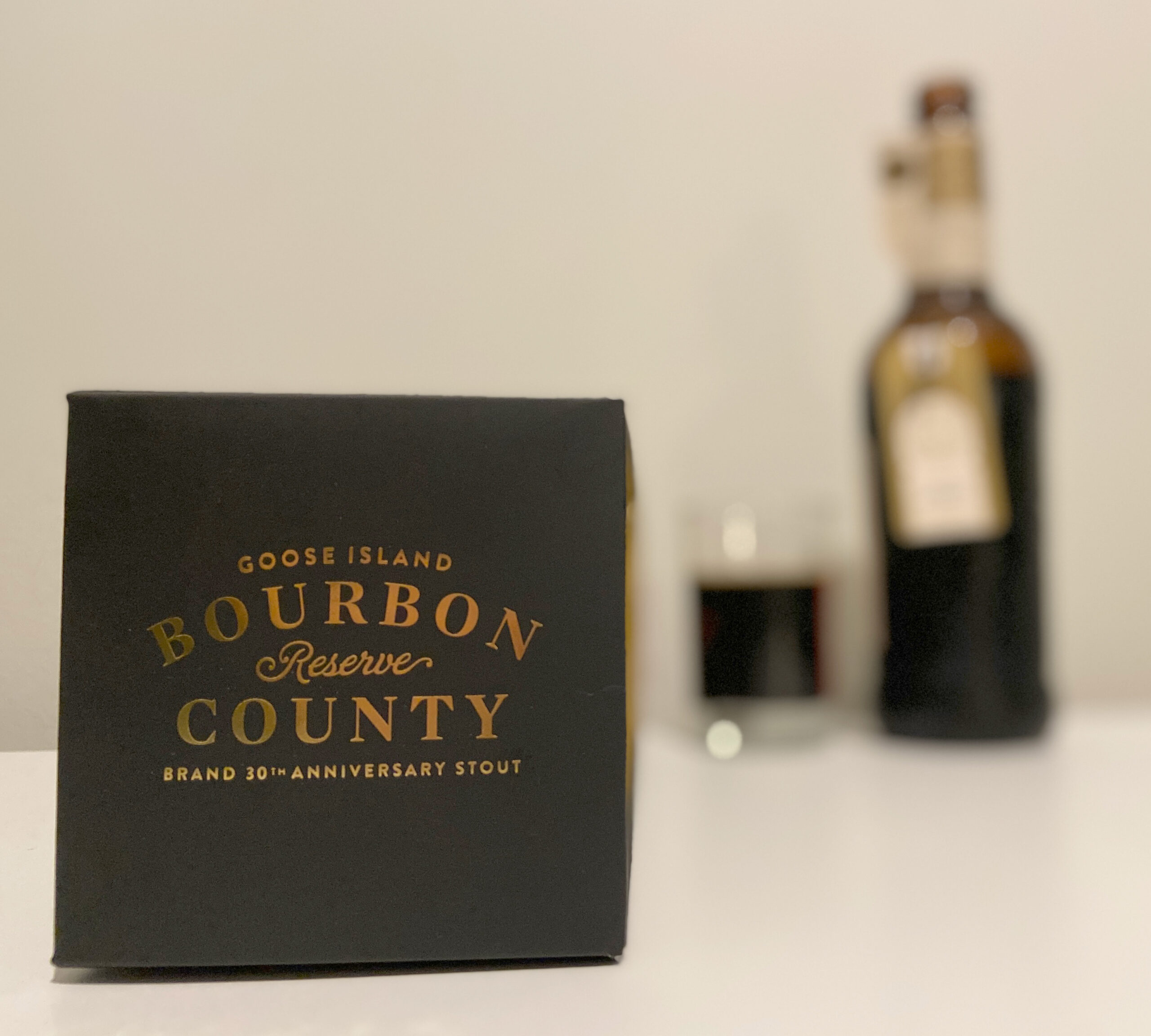 One of the most joyful days of the year arrives this week. It’s a day to be thankful for, on which we look forward to enjoying delicious sustenance. We are, of course, referring to the day after that one food holiday: Friday’s release of the Goose Island Bourbon County Stout lineup.

This much-anticipated annual release is celebrated by beer lovers across the country who are able to get their hands on these precious bottles. 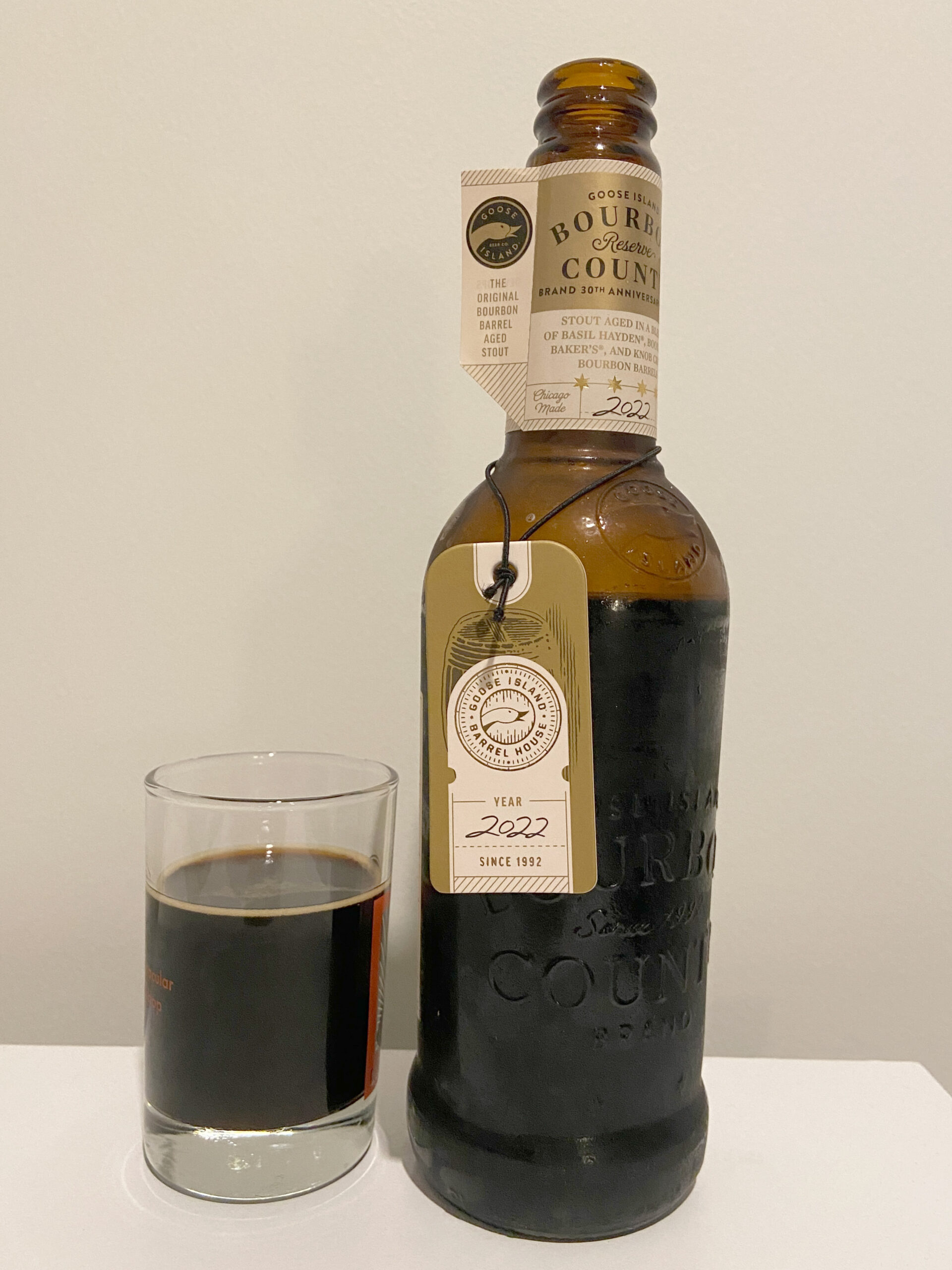 This variant is aged in Jim Beam barrels from its Small Batch Bourbon Collection — which, fittingly, debuted 30 years ago. The barrels used are a mix of Basil Hayden, Booker’s, Baker’s and Knob Creek. 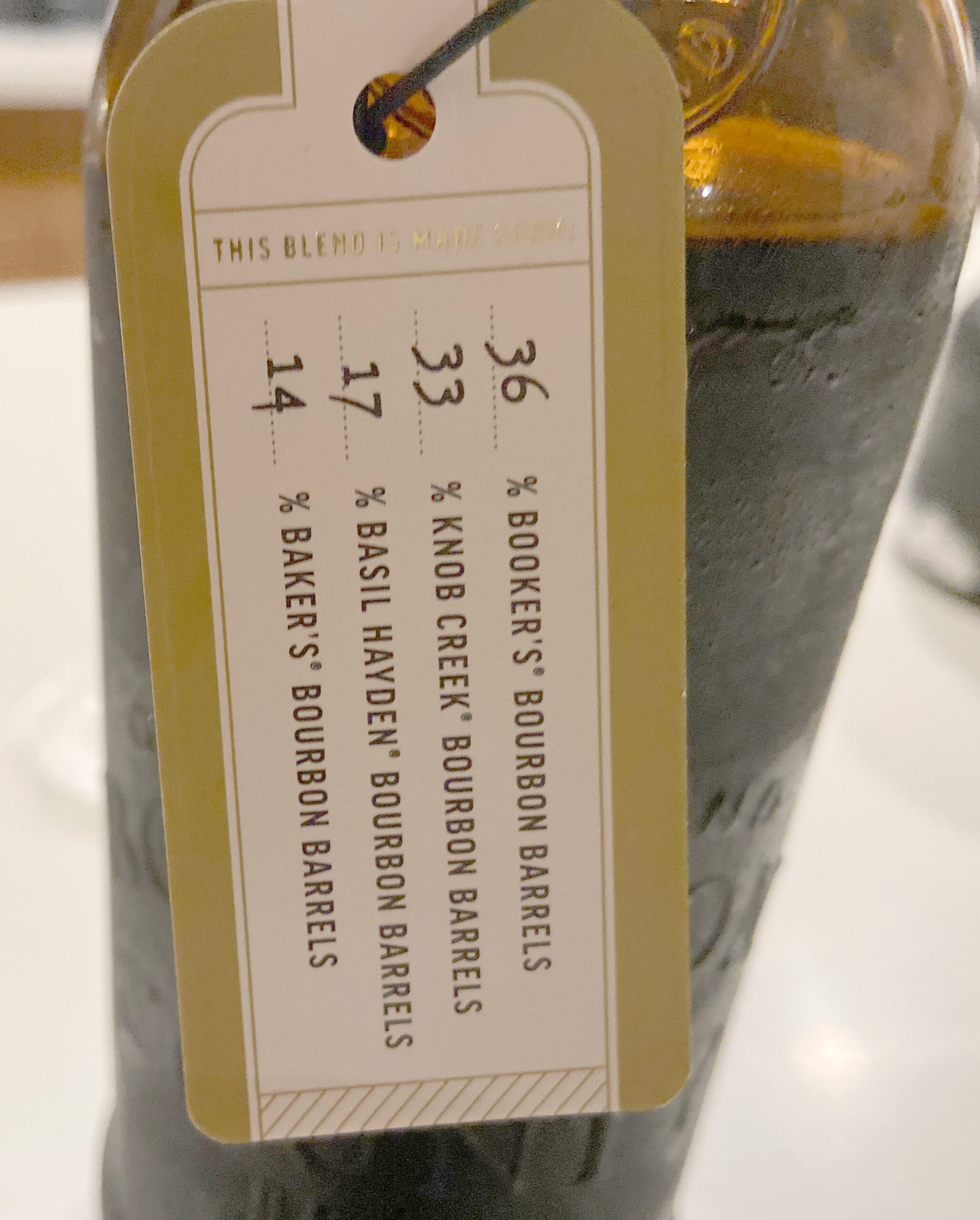 The nose is malty, rich and loaded with baking spices and caramel. On the palate, this stout has a creamy consistency akin to drinking a milkshake. The palate features cocoa, tons of almond, coffee, vanilla and fruits like cherries, raspberries, dates and chocolate-covered strawberries, as well as some maple syrup on the finish.

Of the three we tried, this is the best. This stout is heavenly. Fruity, nutty, chocolatey and coffee notes dance on the palate in a remarkably pleasing fashion. 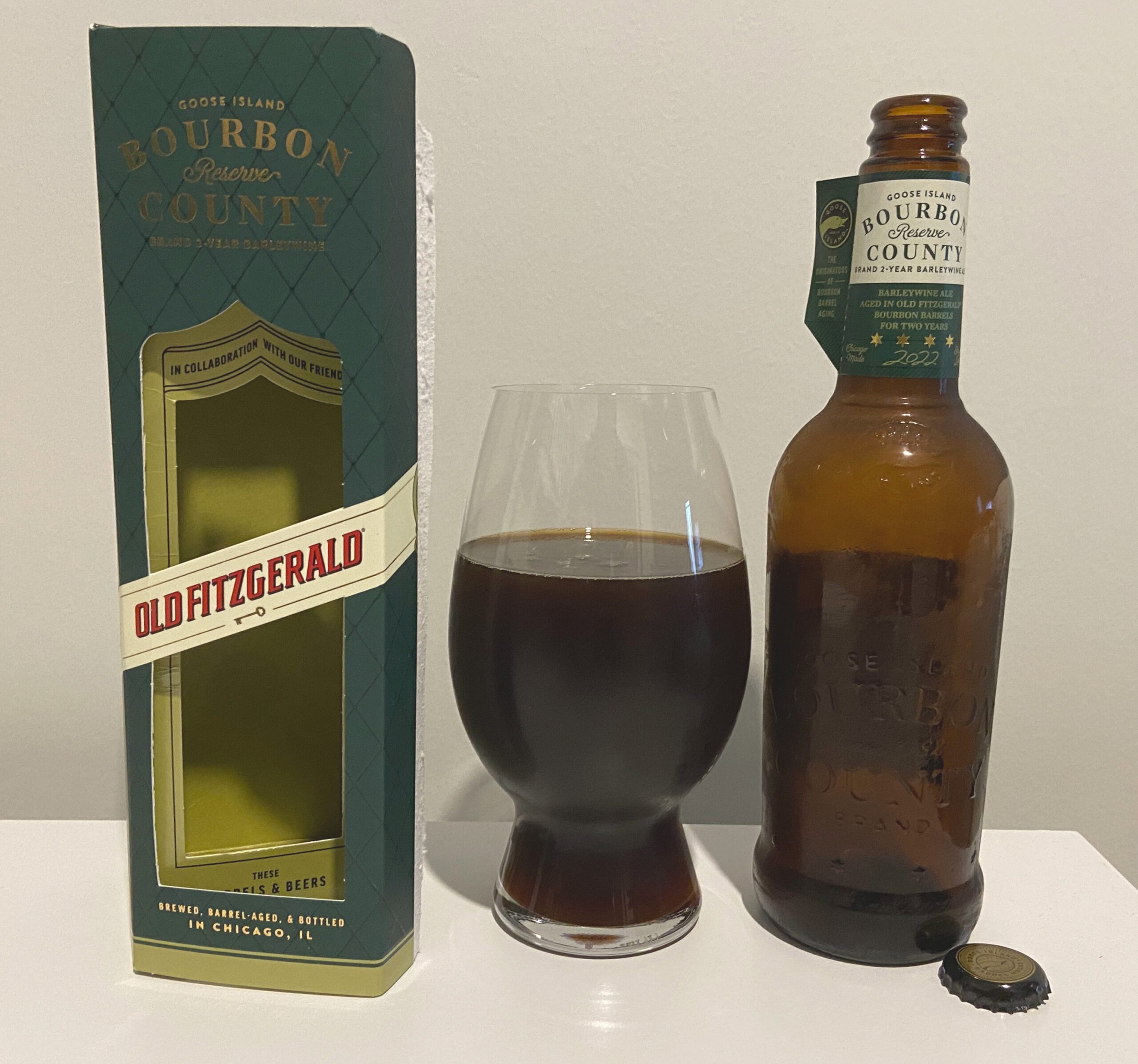 Goose Island aged this barleywine in 14-, 16- and-17-year-old barrels from Heaven Hill’s Old Fitzgerald. This is the first time since 2018 the Bourbon County lineup has featured its English-style barleywine.

The barleywine features tons of dark chocolate and loads of dry fruit on the nose, with aromas of fig, dates, dark-chocolate-covered cherries and nutmeg. The palate delivers a thick, rich, creamy and syrupy viscosity. It’s super chocolatey and dripping with caramel. Notes of chocolate-covered almonds, buttery chocolate chip cookies and vanilla abound. Fruity notes are present but subtle with raisins, a touch of orange, cherry and lime.

This is another home run. It’s complex, and the chocolatey and fruity notes work together to deliver a superb tasting experience. 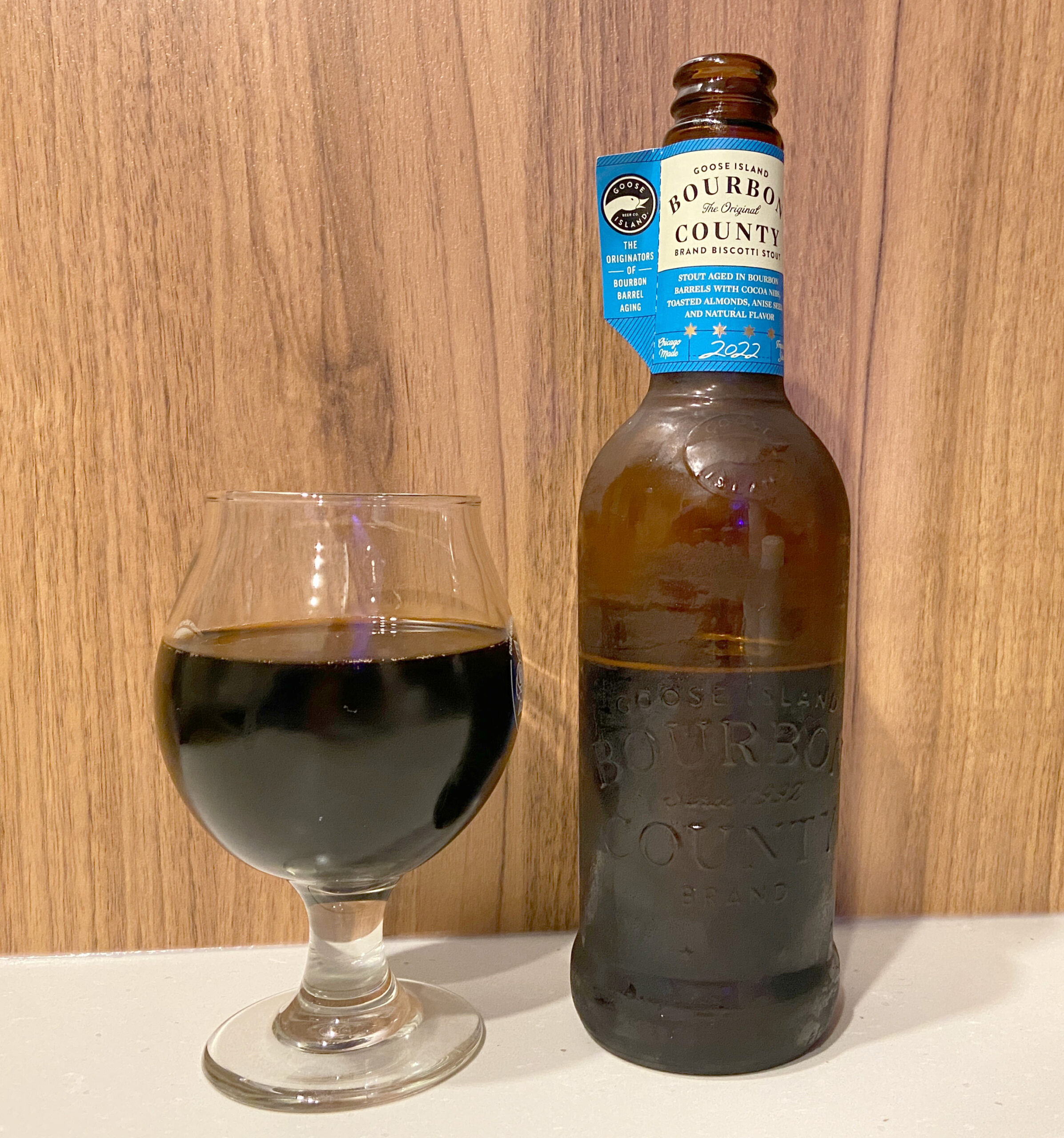 The idea behind the biscotti stout came from an unlikely source: Goose Island’s human resources team. People Manager Jill Cerone thought up the idea after “grabbing a box of chocolate-dipped biscotti from her cabinet,” according to Goose Island. Cerone worked with the brewing team to turn her idea into a reality, and the result is a testament to the skill of Goose Island’s brewing team, because let us tell you, when we nosed this beer, it was hard to believe there wasn’t a biscotti beneath our nostrils.

The nose delivers aromas of dark chocolate, almond and bready, fluffy cookies — uncannily similar to a biscotti — plus some dark-fruit notes such as blackberries.

The palate is silky smooth with a syrupy mouthfeel and notes of dark-chocolate-covered cherries, British shortbread biscuits, gingerbread, cacao, lime peel and lemon juice, plus some coffee and sweet caramel on the back palate.

This is the least impressive of the three variants we tasted, and that’s a massive compliment to the 30th Anniversary and Barleywine Reserve — not a slight to the Biscotti Stout. This is a truly awesome beer, it just doesn’t deliver quite the same complexity as the other two variants.