Pair these 8 Whiskeys with Thanksgiving Dinner 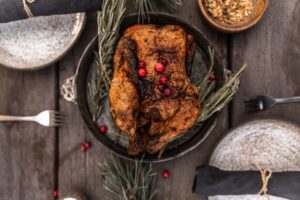 Thanksgiving is right around the corner, and there is nothing better to pair with the most important meal of the year than the perfect bottle of whiskey. But with so many to choose from, it’s tough to pick the best choice for your party.

We’ve done the research so you can pick the perfect bottle for your guests and budget. 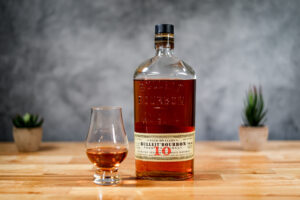 Bulleit 10-year-old Bourbon is a well-aged bourbon that impresses on a budget.

Bottled at 45.6% ABV and age stated at 10 years old, this release is well positioned in the market to compete with esteemed bottles such as Russell’s Reserve 10yr and Eagle Rare 10yr and is widely available.

Typically found for about $40, this bourbon is complex, oaky, dessert forward. Plenty of baking spice makes this a perfect pair for an after-dinner aperitif. 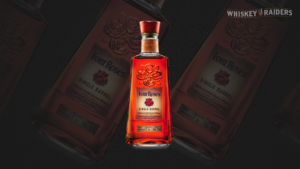 It runs for around $40 dollars with tasting notes that would pair well for sipping with Thanksgiving dinner. Boasting notes such as butter, sugar and a nice kick of rye. There are also some notes of caramel, cloves, and rich maple if served with dessert. 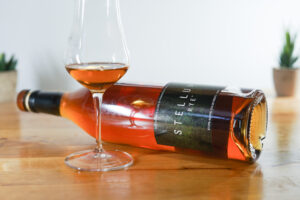 If you have a slightly higher budget and are looking for a rye to be the star of the dinner, Stellum Black Rye is the one for you.

It is a bold, powerful rye that’s well worth the $100 price tag. Tasting notes include spearmint, clove, wintergreen, powerful cracked pepper, a touch of honey and light vanilla bean. It’s said to be a savage and powerful rye. 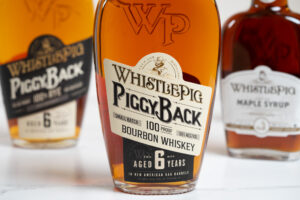 WhistlePig PiggyBack 6 Year Bourbon is a recent release that’s good for both cocktails and neat pours. It’s a newcomer on the whiskey scene but has been well received.

The bourbon is bottled at 50% ABV and retails for around $50. The tasting notes include sweet cream, rich maple, brown sugar, oak, baking spice and clove. 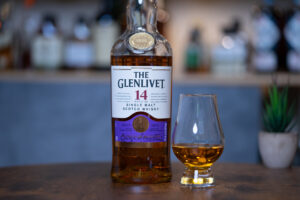 Glenlivet 14 Year Cognac Cask is an approachable and easy-drinking scotch that won’t break the bank or scare away any new scotch drinkers.

This beginner-friendly scotch can be found in the $50-$70 range, with tasting notes that include hot buttered biscuits and freshly baked rolls — much like the ones on your Thanksgiving dinner table. For the price, you can’t go wrong if you’re looking for a solid scotch to complement the meal or offer after dinner. 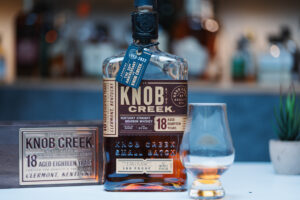 If you’re up for the hunt of a really good bourbon, this rare bottle is worth the search for the big day. This 18-year old bourbon comes in a limited-edition wood box and is said to be widely available across the U.S., although it does not sit on shelves long.

This bourbon is a perfect pairing with dessert due to its notes of crème brûlée, fudge, toffee and pralines. However, don’t expect it to be a budget bourbon. This bottle is found for around $180, but is well worth the price tag. 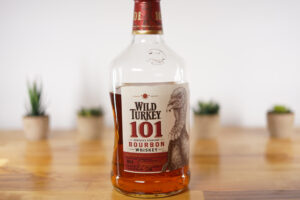 Wild Turkey 101 Bourbon is a Thanksgiving staple, partly due to the name, but also because it is a solid bourbon for a reasonable price that is readily available almost anywhere bourbon can be purchased.

An easy crowd-pleaser that can be picked up the day of in a pinch for under $30, Wild Turkey boasts lots of sweet notes but is a great bourbon to have available for both cocktails and for drinking neat. 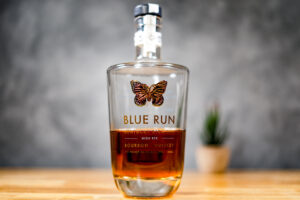 If the goal is to impress your guests regardless of price, Blue Run High Rye Bourbon is the whiskey for you.

Packed with caramel, honey, clove and oak, this bourbon is perfect to serve with dinner or dessert and will win over anyone invited to dinner. While it has only been aged for four years, it drinks as if it’s much older and is well worth the $100 price tag.

While Blue Run hasn’t always been easy to get your hands on, it’s becoming more and more available. If you’re able to get a bottle for Thanksgiving, your guests will thank you.