A New Daring Expression of Rye Whiskey- Not Unlike Bigfoot Himself

WhistlePig’s newest whiskey release is inspired by the ellusive beast of the back country, this is the “most daring expressions of rye ever emptied into bottle.”

WhiskeyPig created a new release to honor what they refer to as “the unsung hero of maple syrup”. The company is now using the less common Birch Syrup in lieu of its typical Vermont Maple Syrup for the new Sasquatch Select.

“Underneath the bark of these deciduous trees is a wealth of riches waiting to be tapped. With resource collected, its sap boiled into birch syrup, the barrel is soaked for 48 hours and prepared for the creation of our Sasquatch Series Sighting #5: Big Bold Birch.” Says the company of the birch syrup used in the 5th release. 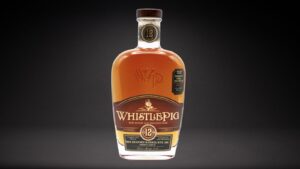 What to Expect From Sasquatch Select Sighting #5: Big Bold Birch

Finish – Oak tannin and balanced caramel-spice warm the pallet and linger for a while before dissipating.

Sasquatch Select Sighting #5 has a suggested retail price of $149.99 and can be purchased from WhistlePig’s website or from retailers like ReserveBar.

“Like the tree itself, Big Bold Birch stands out in a crowd. Unlike the birch tree, however, this barrel is extremely rare so find one, grab your friends and enjoy the company.” -WhistlePig