Alcohol Has Been Banned in South Africa for Two Weeks

As South Africa enters a third wave of the pandemic, president Cyril Ramaphosa reveals new Covid-19 measures, including a ban on alcohol sales.

Not just alcohol has been banned however, Ramaphosa announced yesterday, June 27th, 2021 that all gatherings indoors and outdoors are prohibited along with any sales of alcohol as well as any dining as it is not possible for patrons to wear a mask while eating.

This is not the first time the country has placed a ban on alcohol as a means to flatten the curve, this is the fourth installment on the ban for the country. 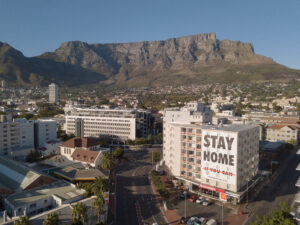 Spirits Business says that “South Africa introduced a total ban on alcohol sales at the start of the pandemic, which lasted from 27 March 2020 to 1 June 2020. The ban was brought back on 12 July but reversed a second time on 17 August. In mid-December, a third ban was put in place and lifted in February.”

Naturally, Salba (South African Liquor Brand owners Association) is deeply concerned by the fourth installment of the ban, and questions the government’s decision. Salba’s chairperson, Sibani Mngadi, said the group is “deeply disturbed” by Ramaphosa’s decision to ban alcohol as “there is no evidence to suggest alcohol consumption is the driver of the current rise in infection rates”.

The trade group also believes that the ban will ultimately encourage illegal selling of alcohol highlighting the reduced tax and sales revenue for the South African Revenue Service. It already lost R11.3bn rand (US$793 million) in 2020 due to illegal alcohol trade.

Lastly, the ban on alcohol will ultimately mean the loss of jobs for many people. According to Spirits Business “the three bans on alcohol has put at least 200,200 jobs supported by the alcohol value chain at risk, equivalent to 1.22% of national jobs.”

Salba warns that the sales revenue lost as a result of the alcohol bans was around R36.3bn rand (US$2.5bn) and with alcohol suppression continuing, revenue loss will continue to climb.