Beware: Alcohol Taxes on the Rise in This State 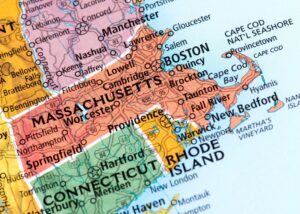 Massachusetts is looking to double taxes on alcohol sales, according to 7 News Boston.

The news site tells us that Rep. Kay Khan, a Newton Democrat, has filed two bills to tax sugary beverages (H 2972) and double the excise taxes on beer, wine and liquor (H 2973).

While this is certainly not a new idea, Khan has pushed the two bills because of the state spending $2.6 billion every year in response to alcoholism and addiction. Supporters testified Monday that the two policies combined could bring in up to $435 million in additional revenue for public health, nutrition and substance-use treatment.

In Khan’s defense, the excise tax rates have not been adjusted in decades and remain among the lowest in the country, even among states that also charge sales taxes on alcohol.

The bills, however, are not without opposition. Rob Mellion, executive director of the MPSA, stated such laws will only push more stores to sell online illegally and more consumers to purchase alcohol in New Hampshire, where Massachusetts already counts for 28% of its alcohol sales.

Khan estimated the tax could be worth as much as $368 million that could be invested in public health, nutrition programs and clean drinking water in schools.

“Three-hundred sixty-eight million is a lot of money that could be poured into better health services,” Khan said.