After $80,000 Alcohol Theft, Police Track Down 2 Stolen Trailers — But the Booze Was Already Gone 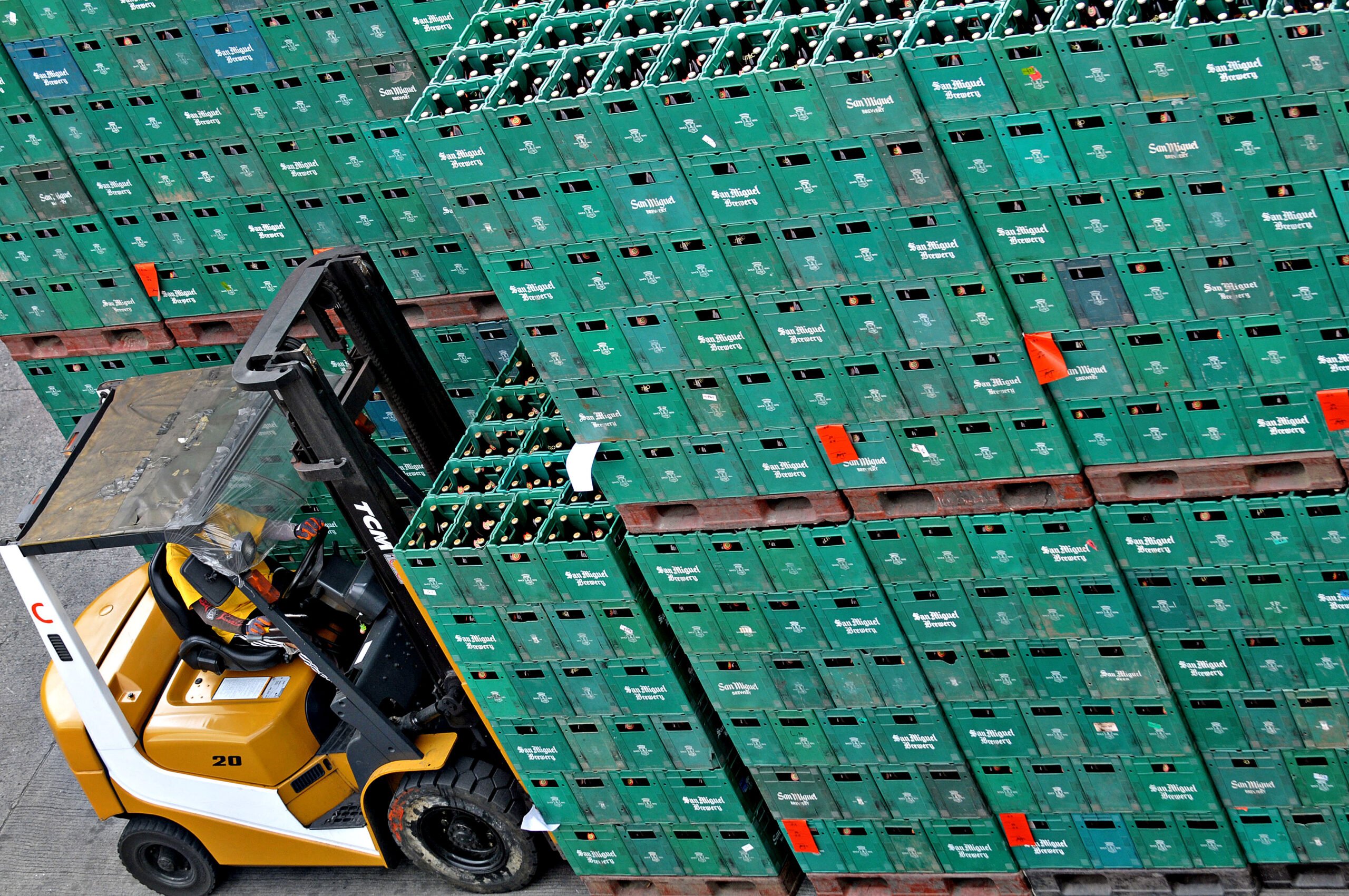 A worker mans cases of San Miguel beer bottles onto a delivery truck at a warehouse March 16, 2009, in Manila, Philippines. Canadian police found two stolen trailers after an alcohol theft worth $80,000, but the booze already had been removed from the trailers. (Photo: JAY DIRECTO/AFP via Getty Images)

Following a theft of about $80,000 worth of bottles of alcohol, Police in Guelph, Ontario, Canada, said they recovered the two stolen trailers, but the booze had already been removed from them.

The trailers, once containing about $40,000 worth of booze each, were stolen from a truck yard last month and reported missing by a business on Jan. 29 after they were disconnected from their trucks and hauled away.

“On Saturday morning staff arrived to find both trailers had been detached from their trucks and then hauled away,” police said Jan. 31, according to the Guelph Mercury. “The suspects had pried open the trucks’ doors to gain access and then had moved the trucks to another area of the yard.”

Police said Thursday they had located the first trailer a few days after the theft, according to Global News. They found the second trailer earlier this week a short distance from the truck yard, police said.

The investigation is ongoing and no arrests have been made.

Last month, a man in Scotland was caught after stealing $453,748 in whiskey from a truck yard, a task for which he said he was paid only $135.