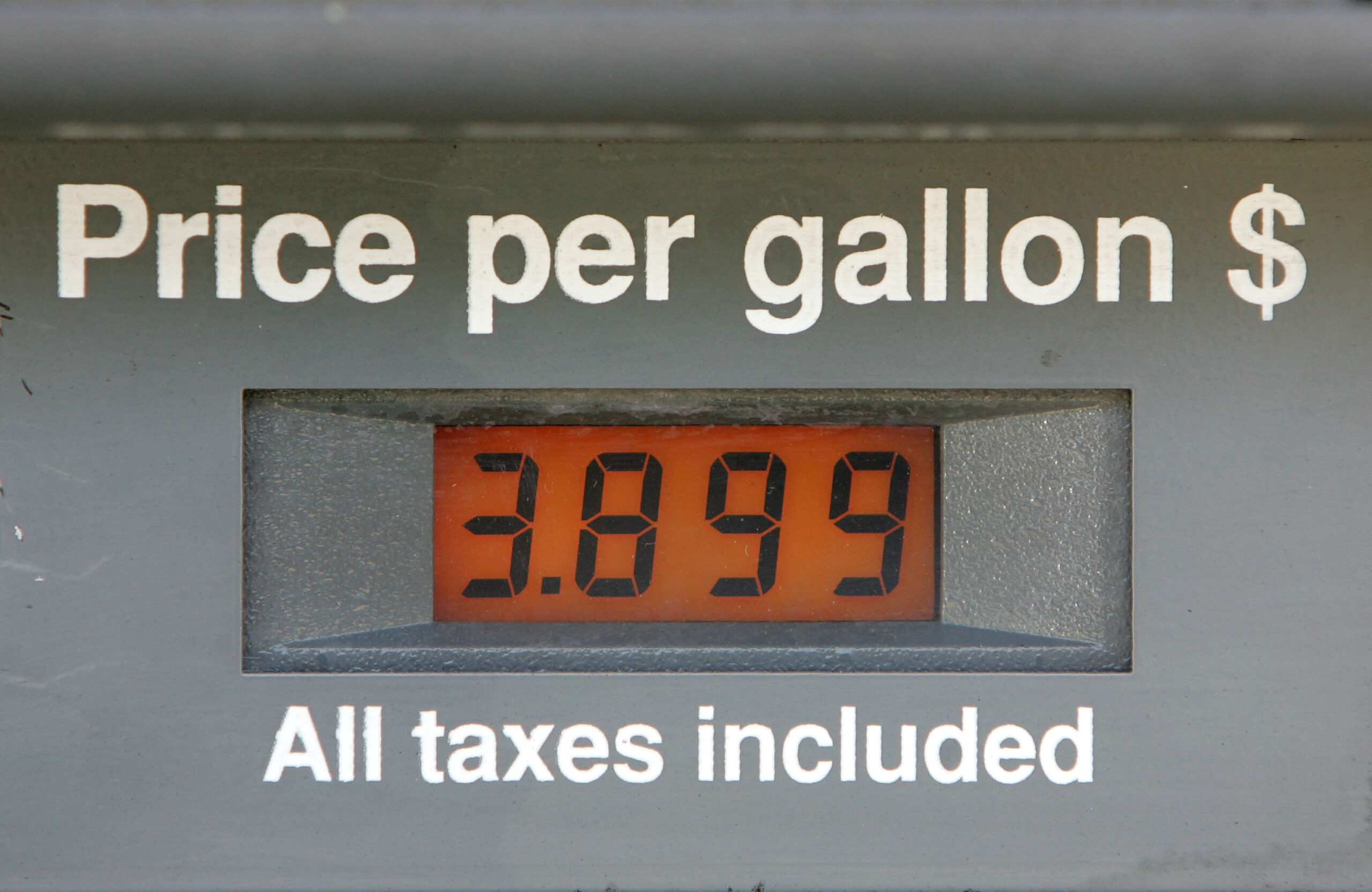 Gas prices nearing $4 a gallon are seen on a pump display May 7, 2007 in San Francisco, California. Gas prices are once again soaring. Three companies are working to use whisky to create an alternative fuel source. (Photo by Justin Sullivan/Getty Images)

With gas prices reaching unfathomable levels, some companies are focusing on developing alternative fuel sources. Porsche recently invested $75 million into a startup that captures carbon dioxide from the air and transform it into fuel.

According to The Drinks Businesss, investor Donald Houston of Ardnamurchan Estates owns a substantial stake in each of the three businesses and has served as a “catalyst” for this project.

“Celtic Renewables needs a byproduct of whisky distilling called pot ale to assist in its testing process before starting full production of its biochemicals and biofuel,” Houston said, according to The Drinks Business. “The pot ale is piped over the hill from the distillery to the neighbouring Woodland Renewables, a local business set up to repurpose the distillery’s by-products whilst adding value to the local economy. At the Woodland Renewables plant it is combined with draff (another distillery by-product) and turned into a nutritious animal feed used on the peninsula to feed local livestock. Woodland Renewables will transport part of their pot ale stock to Celtic Renewables.”

Celtic Renewables, Scotland’s first bio refinery, has already secured £43 million ($56 million) in investments and is expected to be able to produce 1 million litres of sustainable biochemicals annually. Five large-scale refineries are planned worldwide in the next five years.

The tests using whisky residue conducted by Celtic Renewables are a perpetuation of lab work that begun at Edinburgh Napier University in 2008, which led to the formation of the company in 2012, according to Celtic Renewables’ president and founder Martin Tangney.

According to Houston, Ardnamurchan Distillery’s sustainable practices made it the perfect partner for this project.

“We designed The Ardnamurchan Distillery to be as sustainable as possible, and we continue to monitor and develop this as new technologies become available,” said Ardnamurchan Distillery managing director Alex Bruce. “Our energy all comes from local renewable sources (hydro and biomass) and our co-products, which are traditionally produced in all distilleries, are supplied to our neighbours, Woodland Renewables. From there they add value to the local circular economy by providing highly nutritional animal feed to livestock on Ardnamurchan, and we are incredibly excited that they also now deliver additional value to Celtic Renewables for conversion into sustainable chemicals and biofuels. This combination is a fantastic example of collaborative, high value and sustainable long-term investment in the Scottish economy.”