For 1st Time in History, 100% Women-Led Board Will Steer a National Drinks Industry Trade Association 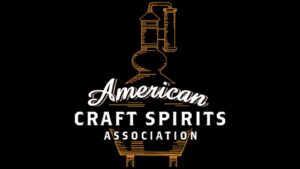 The American Craft Spirits Association on Thursday announced the results of its national election for its Board of Directors. The elected members are 100% female, marking the first time in drinks industry history that a 100% woman-identifying board will steer a national trade association.

Becky Harris of Catoctin Creek Distilling Co. (Virginia) was reelected as president of the Board of Directors. She has served as a member of the organization’s Board of Directors since 2019 and as President since 2020.

“I am honored to be selected again by my fellow board members, a group of incredible leaders within our craft distilling community, as president, and I am excited to continue the incredible momentum behind our industry on the heels of our Federal Excise Tax (FET) victory and the slow, but changing direct shipping ecosystem,” said Harris, as she begins her second term as president.

Gina Holman, of J. Carver Distillery and Jessica Lemmon of Cart/Horse Distilling were elected as the organization’s vice president and secretary/treasurer, respectively.

“As a woman in drinks, particularly at a trade association level, today marks an important milestone as we announce the election of our first-ever women-led Board,” Lehrman said. “Though ACSA remains focused on critical industry issues such as parity, tax reform, trade, and direct shipping, we continue to pour our hearts and efforts into the STEPUP Foundation, the 501(c)3 non-profit immersive internship program we helped create late last year. Through STEPUP, our work is narrowly focused on an important mission: to change the face of the drinks industry, one intern at a time. While we still have so much work to do – particularly within the communities that have been most marginalized historically – we are beginning to see a shift in drinks.”

Together, the Board of Directors will work with CEO Margie A.S. Lehrman to address the key issues facing the craft distilling industry, including the organization’s continued push for direct-to-consumer shipping.

Additionally, women make up 40% of the elected Board of Directors. ACSA is also proud to announce the results of our national election for Board of Director members, adding three new members with another two returning.

The American Craft Spirits Association is the only national registered nonprofit trade association representing the U.S. craft spirits industry. Its mission is to elevate and advocate for the community of craft spirits producers, and membership in ACSA is open to anyone.