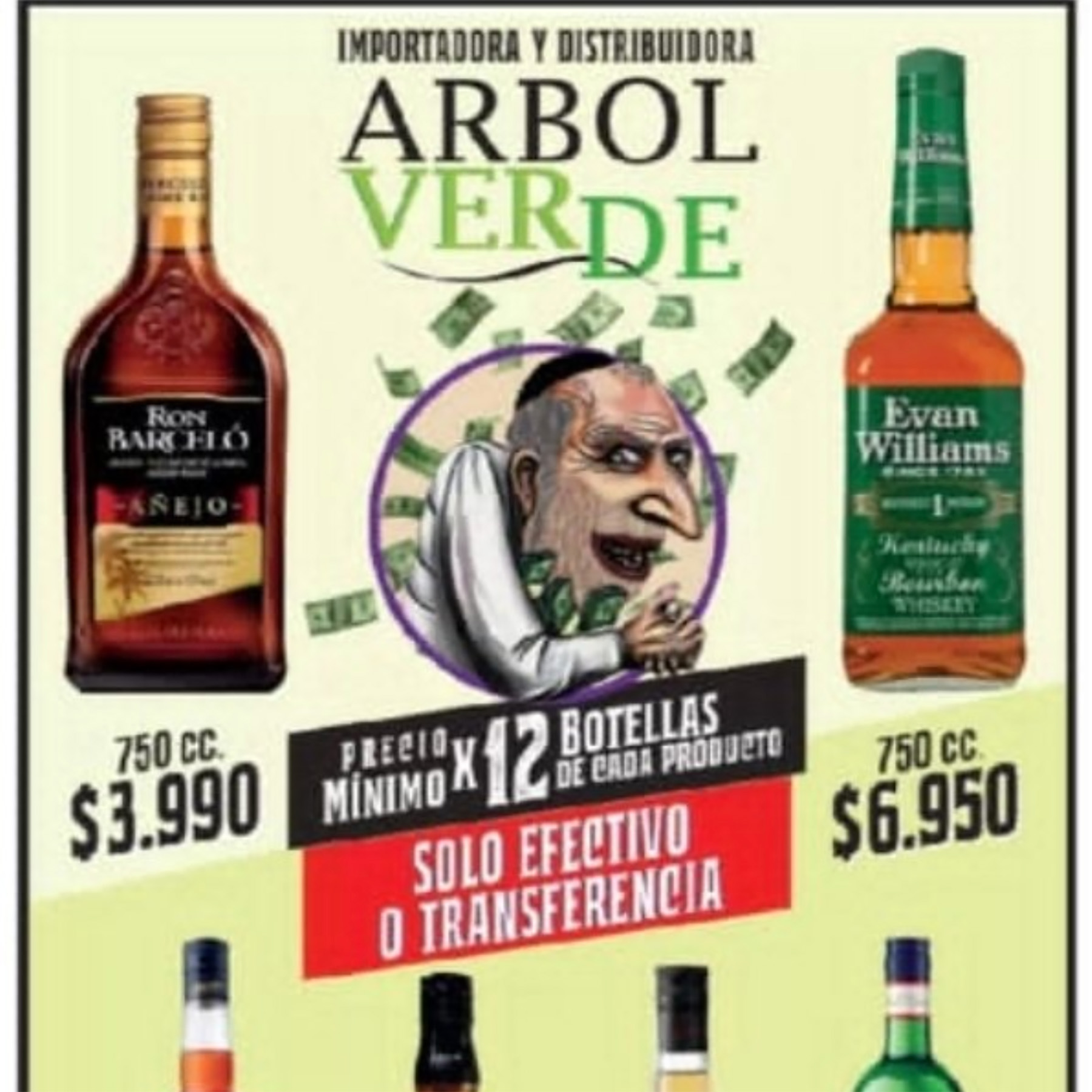 Chilean booze vendor Arbol Verde published an advertisement for its discount alcohol featuring an image of a hook-nosed, hunchbacked Jewish person wearing a Yamaka and holding wads of cash in Monday’s edition of Las Últimas Noticias, the Chilean national newspaper.

The antisemitic ad was met with outrage, particularly by Chile’s Jewish community.

“It is not the written press of Nazi Germany in 1940, it is the Chile of today advertising in [Las Últimas Noticias] anti-Semitic caricatures that in other countries would generate cross-sectional repudiation! What a shame.!” wrote Chilean politician Gabriel Silber on Twitter.

“Unacceptable that one of the most widely read newspapers in Chile gives space to anti-Semitism,” wrote Twitter user Germán Espinosa. “In other countries this would give for exemplary fines and penalties. It can’t be free…”

American organization StopAntisemitism posted a photo of another spirits advertisement on Twitter that featured a similar character and appears to also have been posted in Las Últimas Noticias.

Israeli Ambassador to Chile Marina Rosenberg also shared Silberg’s tweet and described the ad’s character as “an anti-Semitic caricature, like the ones used by the Nazis in very dark times of humanity. The media has an inescapable responsibility to reject #racismo and hate speech.”