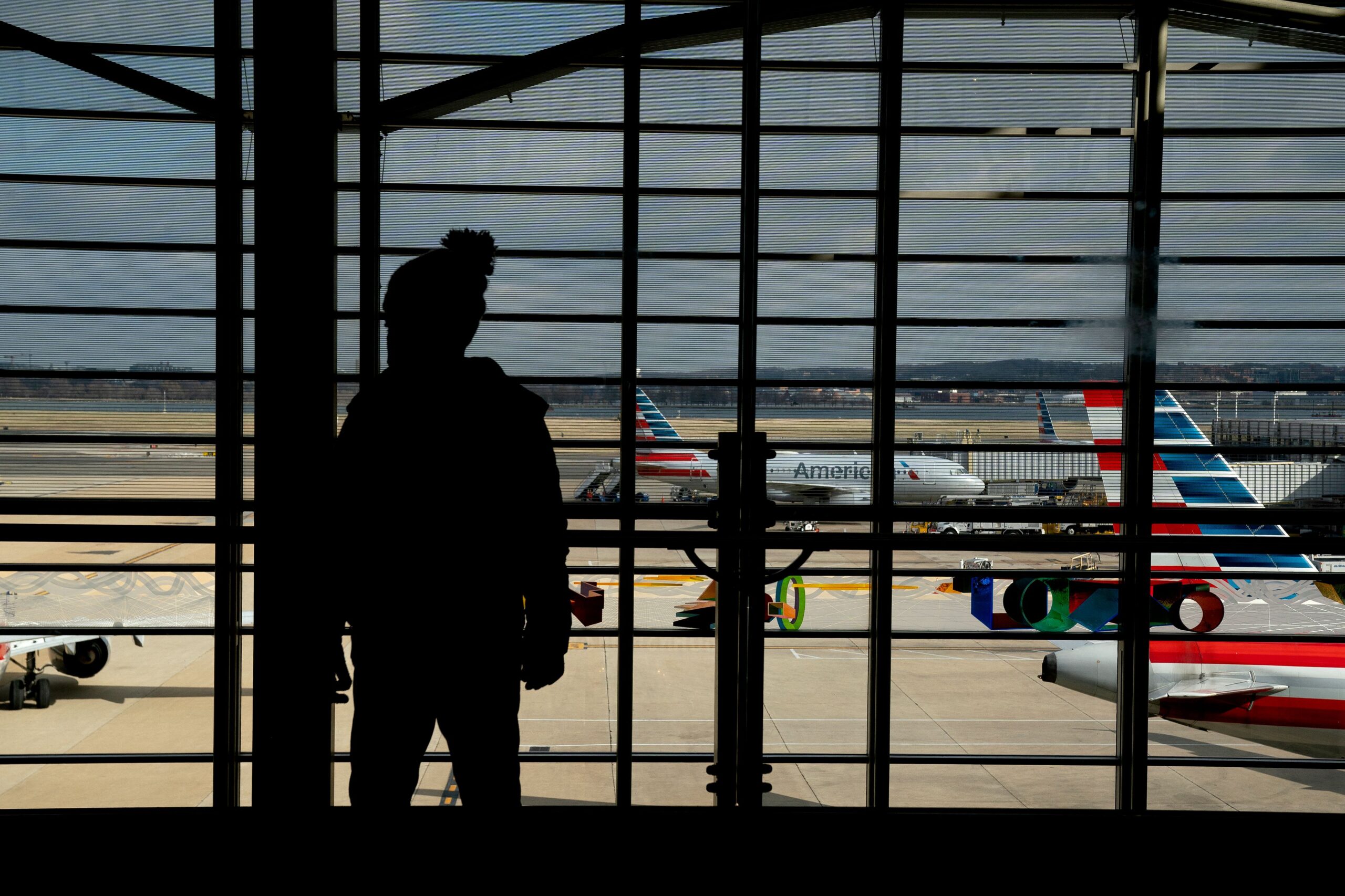 A traveler looks out the window at American Airlines planes at Ronald Reagan Washington National Airport in Arlington, Virginia, on January 18, 2022. Spirits company Bacardi is suing American Airlines after $65,820.72 worth of liquor went missing under the airline’s watch. (Photo by STEFANI REYNOLDS/AFP via Getty Images)

Spirits company Bacardi is suing American Airlines over the disappearance of more than $65,000 worth of imported French Cognac last year, according to the Dallas Morning News.

Bacardi USA said in its lawsuit that the company gave American Airlines 24 pallets containing 1,680 cases of Cognac, and when the shipment arrived at Los Angeles International Airport after a flight from Paris, six pallets and three cases were missing.

“While in the possession, custody and control of [ American Airlines], six pallets and three cases were lost or stolen,” said the lawsuit, which was filed Tuesday in U.S. District Court in Pasadena, California.

Each pallet contained about 70 cases of Cognac, so in total, more than 400 cases worth $65,820.72 went missing, Bacardi said in the lawsuit.

According to the Dallas Morning News, cargo shipments have become a bigger part of airlines’ business since the COVID-19 pandemic because planes have been less full, particularly international flights, leaving more room for cargo — such as liquor.

American Airlines even started cargo-only flights in 2020 when its wide-body planes weren’t being used to transport passengers.

In December, Bacardi sued the U.S. Patent and Trademark Office, claiming the office violated the law by reviving a Cuban government entity’s “Havana Club” trademark, which Bacardi uses on an American rum brand.

On Tuesday, American Airlines announced the return of alcohol to its flights — non-cargo, of course. Bacardi is one spirits brand the airline serves on its flights, but you’ve got to wonder if the airline will switch to a different rum brand after this debacle.