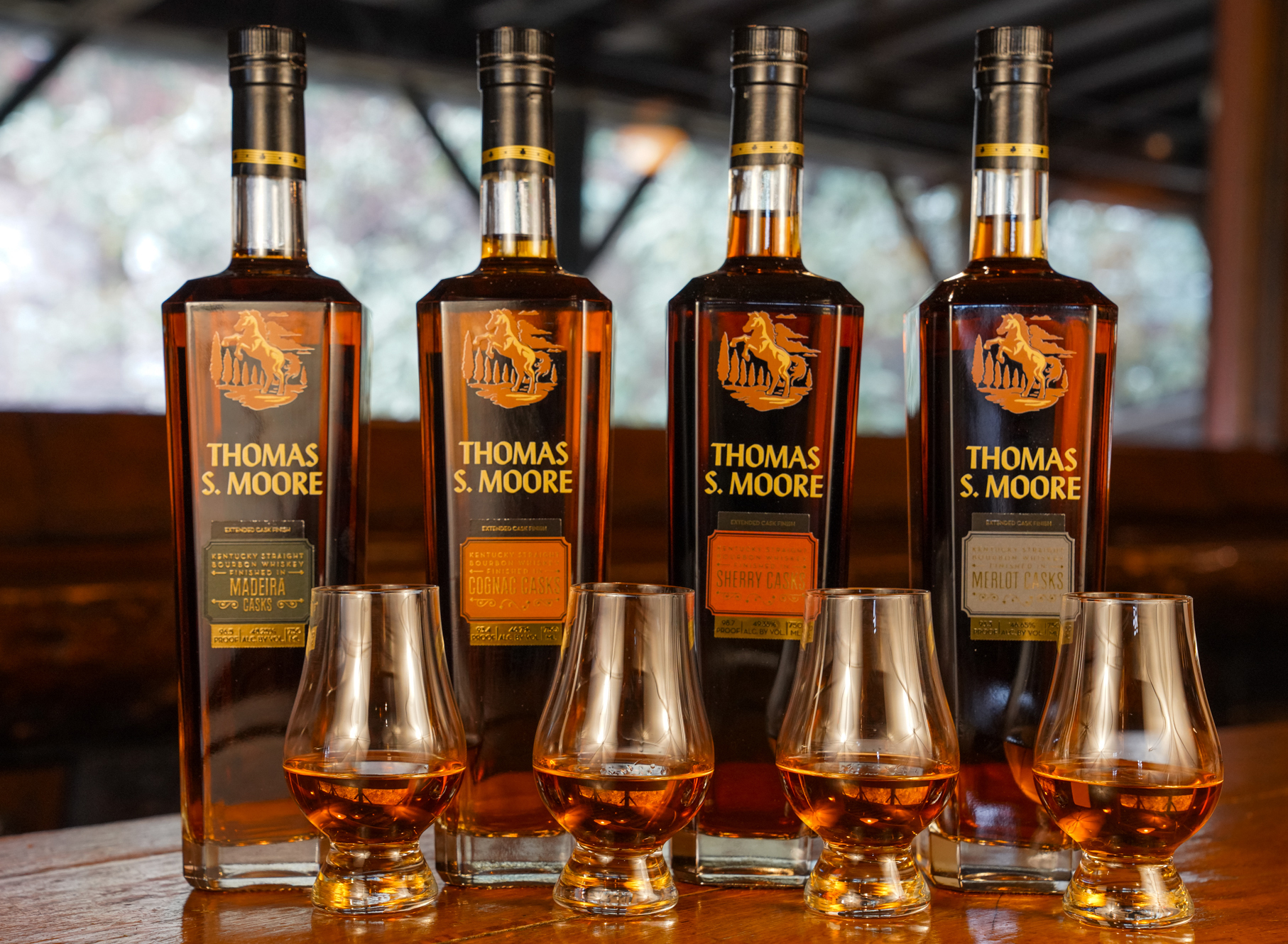 For these new whiskeys, Barton 1792 aged its high-rye recipe bourbon for five to six years in new charred oak barrels before transitioning them into other casks that previously matured various wines or spirits from around the world. The whiskeys then rested for an additional one to four years in the finishing casks, which vary for each bourbon. The individual finishes are cognac, Madeira, sherry and merlot.

“This second Thomas S. Moore release really reinforces that the extended aging is quite significant,” Master Distiller Danny Kahn said, according to Beverage Dynamics. “What we are seeing are complex, fuller textures being developed. Savory flavors and aromas are unquestionably enhanced and continue to develop in the secondary cask in ways that are very different from the primary barrel aging. The result is an elevated, premium collection unlike any other.”

The cognac barrels usually held cognac for six or more years previously. The merlot barrels were sourced from wineries in the Napa and Sonoma areas. The sherry barrels were oloroso sherry. Various types of Madeira barrels were used.

Nose: Oak and Madeira wine with hints of tobacco, citrus and dried fruits

Taste: The aroma follows through on the palate, adding sweetness and acidity. 96.5 proof.

Palate: is sweet with fruits and nuts

Nose: Fruit and citrus mingle with slightly herbal notes and traces of jasmine and lavender.

Taste: Notes of orange, apricot and vanilla give way to earthy undertones,

Barton 1792 wrapped up a $25 million warehouse expansion in October, increasing the distillery’s barrel capacity by 25%.