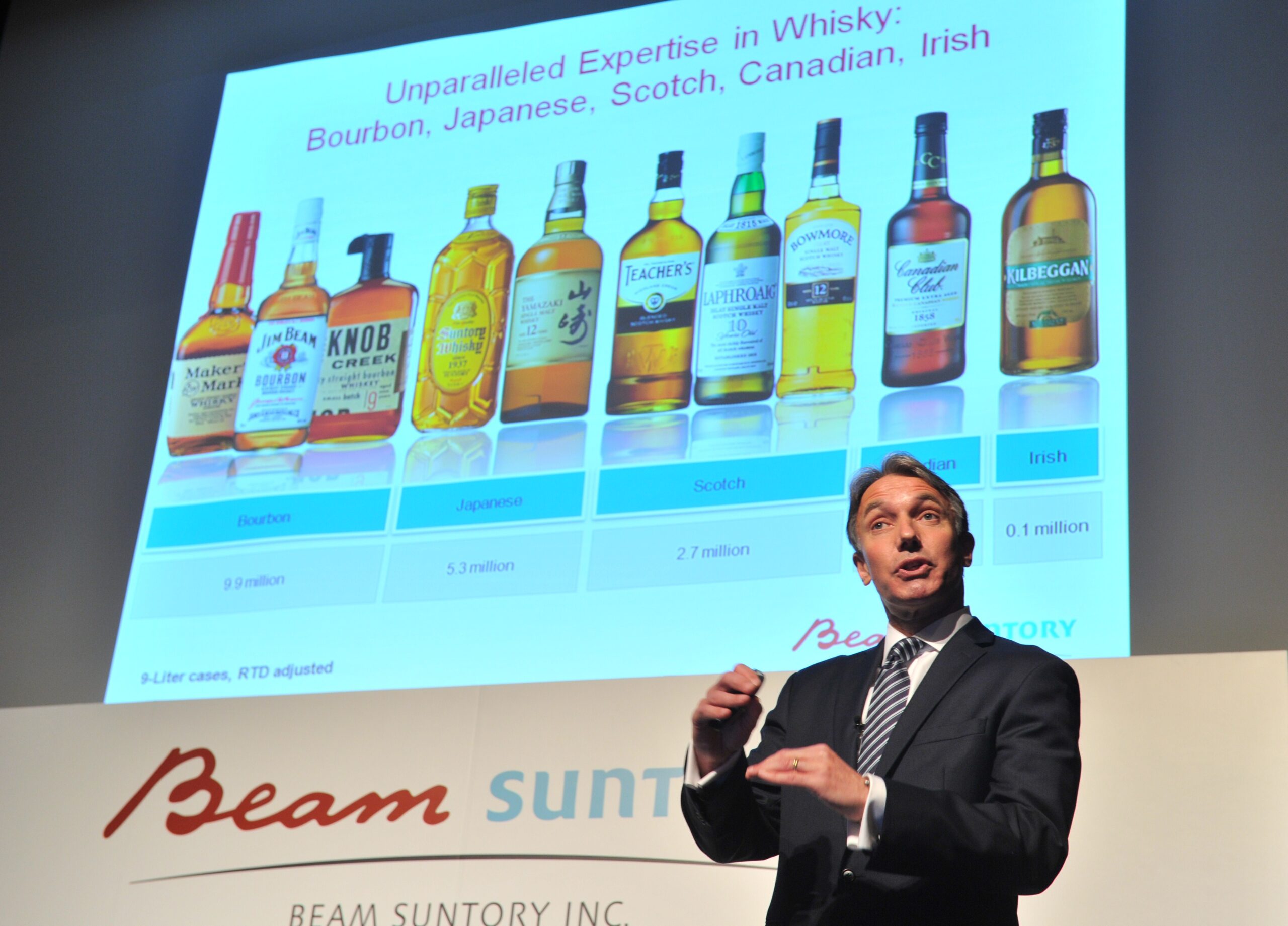 Beam Suntory Inc. Chairman and CEO Matt Shattock delivers a speech during a press conference in Tokyo on May 15, 2014. (Photo: KAZUHIRO NOGI/AFP via Getty Images)

Global spirits giant Beam Suntory on Monday announced that it and Edrington have reached an agreement to sell their Maxxium Russia business to the local management team. This marks Beam Suntory’s exit from Russia after the company suspended shipments to the nation after its invasion of Ukraine in early March.

Maxxium Russia is a distributor of alcoholic drinks and a subdivision of the alliance between Beam Suntory and Edrington.

“We determined that the best way to exit the market was through a sale of the Russia joint venture to the local management team, and we wish our respected former colleagues the best with the future direction of the company,” Beam Suntory said in a statement.

Edrington owns brands including The Macallan and The Famous Grouse.

“Shipments from Beam Suntory will remain suspended as we continue to abide by all applicable laws including international sanctions,” Beam Suntory said.