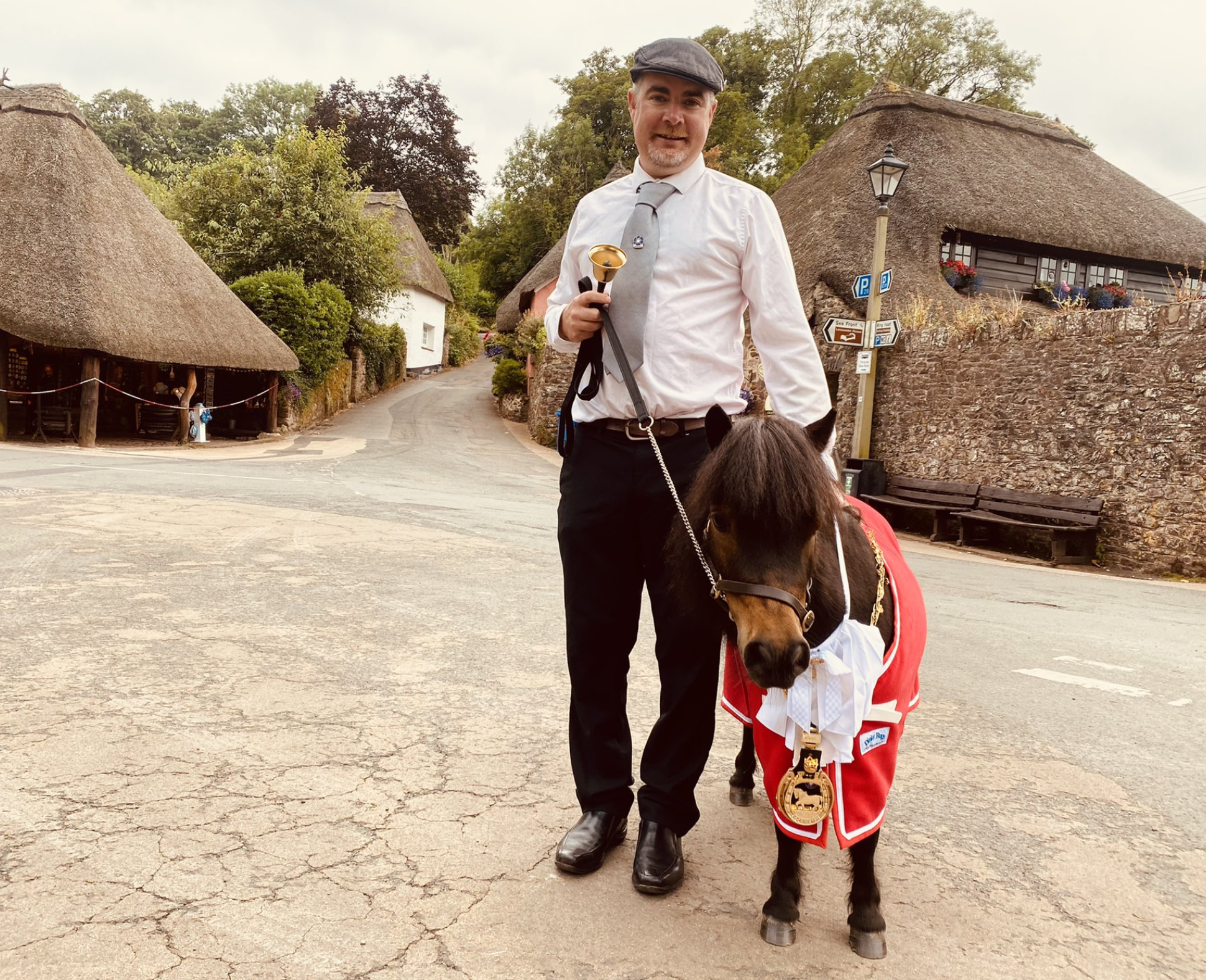 Patrick The Pony is pictured celebrating his mayorship. (Photo: celebrity_pony/Twitter)

In what feels like a “Parks and Recreation” bit, but is instead reality, a pony was appointed mayor of a town.

A beer-drinking therapy pony, who drinks Irish stouts and frequents a pub, has been appointed the ceremonial “mayor” of a village named Cockington in Devon, England.

The pony, a Miniature Shetland named Patrick, frequents a local pub, The Drum, where the landlord has a special corner of the bar reserved for him to enjoy his favorite beer, Guinness.

Locals started an online petition to make Patrick the Pony the ceremonial “mayor” of Cockington, which proved successful.

Patrick’s fame began after his owner, Kirk Petrakis took him to The Drum Inn to try to socialize him for therapy work during the pandemic, according to Devon Live.

Since Patrick’s rise to fame, a book about him has been published. There’s even a Facebook page dedicated to the horse, which has about 6,900 likes. There’s also a Twitter account for Patrick, which is followed by more than 250 people.

Patrick the Pony is the official mascot for The War Horse Memorial, and the Devon Recovery Learning Community, which supports mental health and recovery.

The therapy pony is also an ambassador for the Purple Poppy organization, which recognizes the sacrifice of animals in wars.