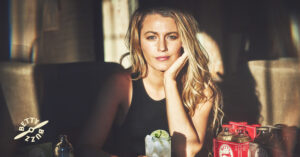 Blake Lively is one of the most famous actresses in Hollywood, and now she’s on her way to becoming a household name in the alcohol industry. Yes, you read that correctly – this time it isn’t Ryan Reynolds making headlines in the spirits world, but his wife, with her new clean cocktail mixers, Betty Buzz.

“The Sisterhood of the Traveling Pants” actress says she doesn’t drink, but in her years of mixing cocktails without consuming them, she believes that mixers are the unsung heroes of the spirits world. Betty Buzz comes in five flavors: Tonic Water, Sparkling Lemon Lime, Lemon, Grapefruit and Ginger beer.

Will Lively’s new brand marry well with Reynold’s gin? Only time will tell.