The latest release is a Kentucky straight bourbon aged for six years and five months in white American oak barrels. The Tagalong batch is said to have notes of caramel and vanilla, and the title is a nod to the way the master distiller describes learning the ropes at the distillery, by ‘tagging along’ with his grandfather, the one and only Jim Beam. 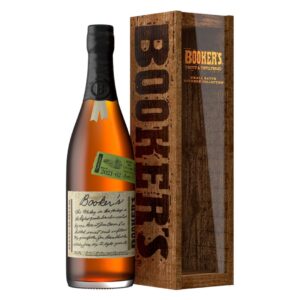 According to The Whisky Business, “The distillery was like Booker’s playground growing up; he loved spending time with his grandfather and everyone else who worked there, asking questions and expanding his knowledge. That’s ultimately how he developed his curiosity and passion for whiskey, and it was how he became such a talented Master Distiller.”

Tagging along has been a tradition that has been passed down from generation to generation, and one Master Distiller, Fred Noe plans to continue. Noe learned everything he knows about whiskey by following in his father’s footsteps, and plans to continue the tradition with his own son Freddie.

Booker’s Tagalong Batch will be available in a limited supply later this month in the US for $89.99 for 750 ml bottles. The bourbon was bottled at (64% ABV).