Where Did Bourbon Street Get its Name? | Whiskey Raiders
Article

Where Did New Orleans’ Bourbon Street Get its Name? 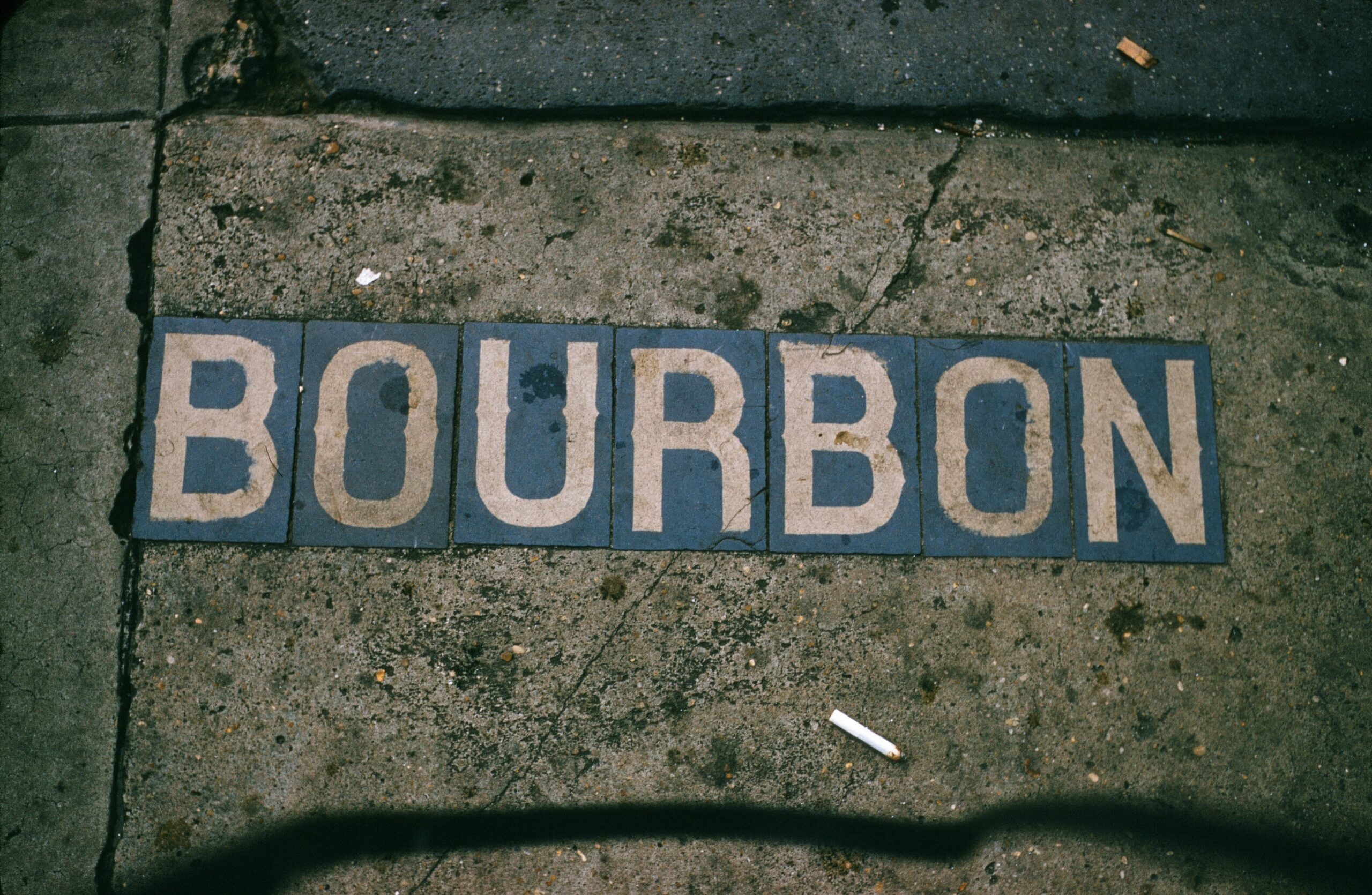 A view of Bourbon Street sign is seen May 16, 1957, in New Orleans, Louisiana. (Photo by Ivan Dmitri/Michael Ochs Archives/Getty Images)

Whether or not you’ve been to New Orleans, the party and food capital of Louisiana and perhaps the U.S., you’ve probably heard of Bourbon Street. The historic 13-block street sprawls through the heart of the French Quarter and is home to about 60 bars. An internationally known tourist attraction, Bourbon Street saw 17.74 million visitors who spent $8.7 billion in 2017, according to a report.

With Mardi Gras quickly approaching, many partiers assuredly have Bourbon Street on the brain. But where did the name “Bourbon Street” come from, anyway? New Orleans is a long way from Kentucky, the proverbial home of bourbon to many, so the name may seem unfitting.

There’s a simple explanation: Bourbon Street is actually older than bourbon whiskey itself. Elijah Craig is credited with inventing bourbon in about 1789. That was 68 years after royal engineer Adrien de Pauger named Rue Bourbon after France’s ruling family, the House of Bourbon. The French had claimed Louisiana in the 1690s and kept it until the U.S. gained control of it in 1803 with the Louisiana Purchase and translated the street names into English, making Rue Bourbon Bourbon Street.

So now, we must ask where bourbon whiskey got its name from. Was it actually named after Bourbon Street? Many say it came from Bourbon County in upstate Kentucky. This is a popular theory, especially among Kentuckians who, of course, would hate the idea of the name of their flagship spirit coming from anywhere outside of the Commonwealth. Bourbon County, Kentucky, also was named after the French House of Bourbon, as thanks for French King Louis XVI’s assistance during the revolutionary war. The unfortunate truth is that there is no concrete answer to lean upon.

Much to the chagrin of Kentucky, historian Michael Veach told Smithsonian Magazine that he doesn’t believe bourbon whiskey’s name came from Bourbon County.

Veach believes the name evolved in New Orleans after two men, the Tarascon brothers, arrived to Louisville, Kentucky, from France and began shipping local Kentucky whiskey down the Ohio River to New Orleans.

“They knew that if Kentuckians put their whiskey into charred barrels they could sell it to New Orleans’ residents, who would like it because it tastes more like cognac or ‘French brandy’,” Veach told Smithsonian Magazine.

Over time, Veach said, this Kentuckian whiskey developed quite the reputation around New Orleans, and people started asking for “that whiskey they sell on Bourbon Street,” which eventually became known as just Bourbon whiskey.

Today, Bourbon Street is known more for Hurricanes, Hand Grenades and “Big Ass Beers” than bourbon or whiskey of any kind. The defining cocktail of New Orleans, however, is made with whiskey — not bourbon, but rye. The Sazerac, named for the cognac brand that goes into the drink, is said to have been developed initially by apothecary Antoine Amédée Peychaud, who mixed his namesake bitters with water, brandy and sugar. Over the years, the Sazerac developed to a rye-based drink with absinthe. Perhaps the most iconic Sazerac in New Orleans is served at the Carousel Bar, a rotating bar at the Hotel Monteleone a block off of Bourbon.

Sazerac, the brand, has since developed into a massive, global company, owner of Buffalo Trace and all of its subsidies, along with Fireball whiskey.