Breakdown: Who Owns Who In The World Of Whiskey? | Whiskey Raiders
Article

Breakdown: Who Owns Who In The World Of Whiskey?

Going to the liquor store for a bottle of whiskey can be a bit intimidating with the sheer number of bottles and different brands on the shelves.  Take Elijah Craig for example.  On the label, it states that it was “Distilled and Bottled at the Elijah Craig Distillery Co.”  When you search google, it doesn’t bring up a google map of where the Elijah Craig Distillery is.  The same thing is true if you find yourself looking at a bottle of Blanton’s.  “Blanton Distilling Company” is largely displayed, yet it is Buffalo Trace Distillery that produces the whiskey.  Even our own Whiskey Reviewer, t8ke, can have trouble discerning what is craft and what comes from a macro distiller. 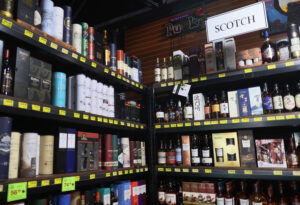 Breaking Down the Brands of Major Whiskey Companies

Whiskey companies can have a laundry list of brands, which can have multiple products under each label, or even multiple distilleries.  Now, just because similar sounding whiskies are coming from one distillery doesn’t mean they are the exact same or trying to profit off of name recognition, but always having transparency and as much information as a consumer is beneficial when deciding where to spend your money.  So let’s take a look at the portfolios of the biggest corporations.  We will focus on whiskey brands, but most also produce different categories of spirits as well.

So as you can see, just 8 different corporations account for a massive amount of distilleries and brands in the whiskey world.  On top of that, these companies are constantly selling to each other or looking to acquire other brands to expand their portfolio and profits.  This isn’t an indictment of the whiskey, but always interesting to see where some brands that sound completely different can come through the same bottling line