BREAKING NEWS: EU and US Agree to Lift Tariffs on Whiskey After 17-Year Dispute 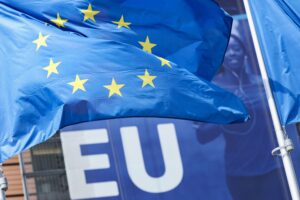 The European Union and the United States have agreed to a 5-year hiatus on tariffs that affected a range of goods, including American Whiskey and European Spirits.  The arguments came after the U.S. filed claims to the World Trade Organization (WTO) in 2004 that Airbus received illegal government subsidies.  The E.U. countered claiming that the U.S. had done the same with Boeing.

In 2018 and 2019, the WTO upheld rulings that both parties had provided illegal assistance to the aircraft manufacturers and allowed for each side to implement damaging tariffs on various products in retaliation.  Both sides had recently suspended these tariffs for 4 months while negotiations continued on a long term agreement.  During the G7 Summit, both sides were able to come to an agreement to lift the tariffs and suspend any arguments for 5 years, provided the guidelines of the agreement are followed.

This comes as a big relief for both the American and Scotch Whiskey markets that were strongly impacted negatively with decreased revenue since the price increases were established.  The Scotch Whisky Association estimated that in the first 16 months, £500m (over $700M USD) had been lost, as the U.S. is the biggest market for Scotch in terms of volume.  Meanwhile, the U.S. Whiskey Market looks to rebound as just from the United Kingdom, it is the 4th largest export market that saw a 53% reduction in value from the tariffs.  Distilleries and consumers alike can now breathe a sigh of relief and look forward to more global sharing of our favorite beverage.