Members of the United Food & Commercial Workers Local 23D Union Employed at Heaven Hill Distillery have voted to go on strike with a breakdown of contract negotiations. 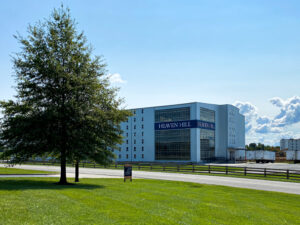 Employees have started posting on Facebook and Twitter announcing that the company was unwilling to give wage increases, despite the boom in popularity of their whiskies.  This also comes off the heels of opening the new Bourbon Experience Center that Heaven Hill invested millions of dollars in.

Heaven hill Local 23D union employees are voting today on contract. We are voting to strike!! Billionaire company that just keeps expanding don’t want to give us a raise. Remember we are essential employees. Never shut down during pandemic @wave3news @WHAS11 @WDRBNews @WBRT1320

With a reported 96.1% of the Union employees voting no on the proposed contract, the strike is supposed to go into effect at 11:59PM on Friday, September 10th.  That equates to 462 employees joining the strike.  The current contract expires on September 11th.    Whiskey Raiders will continue to report on this story as it unfolds.

UPDATE: Heaven Hill has provided a statement regarding the situation:

“Last evening, the membership of the United Food and Commercial Workers Local 23-D failed to ratify a new five-year contract with Heaven Hill Brands. Since the company was founded, the support of our employees has been a source of pride and we have had productive conversations with the union for several months now regarding components of the contract. We will continue to collaborate with UFCW leadership toward passage of this top-of-class workforce package.”