Buddhist Monks: We Got Drunk to Deliver Whisky to the Dead
Article 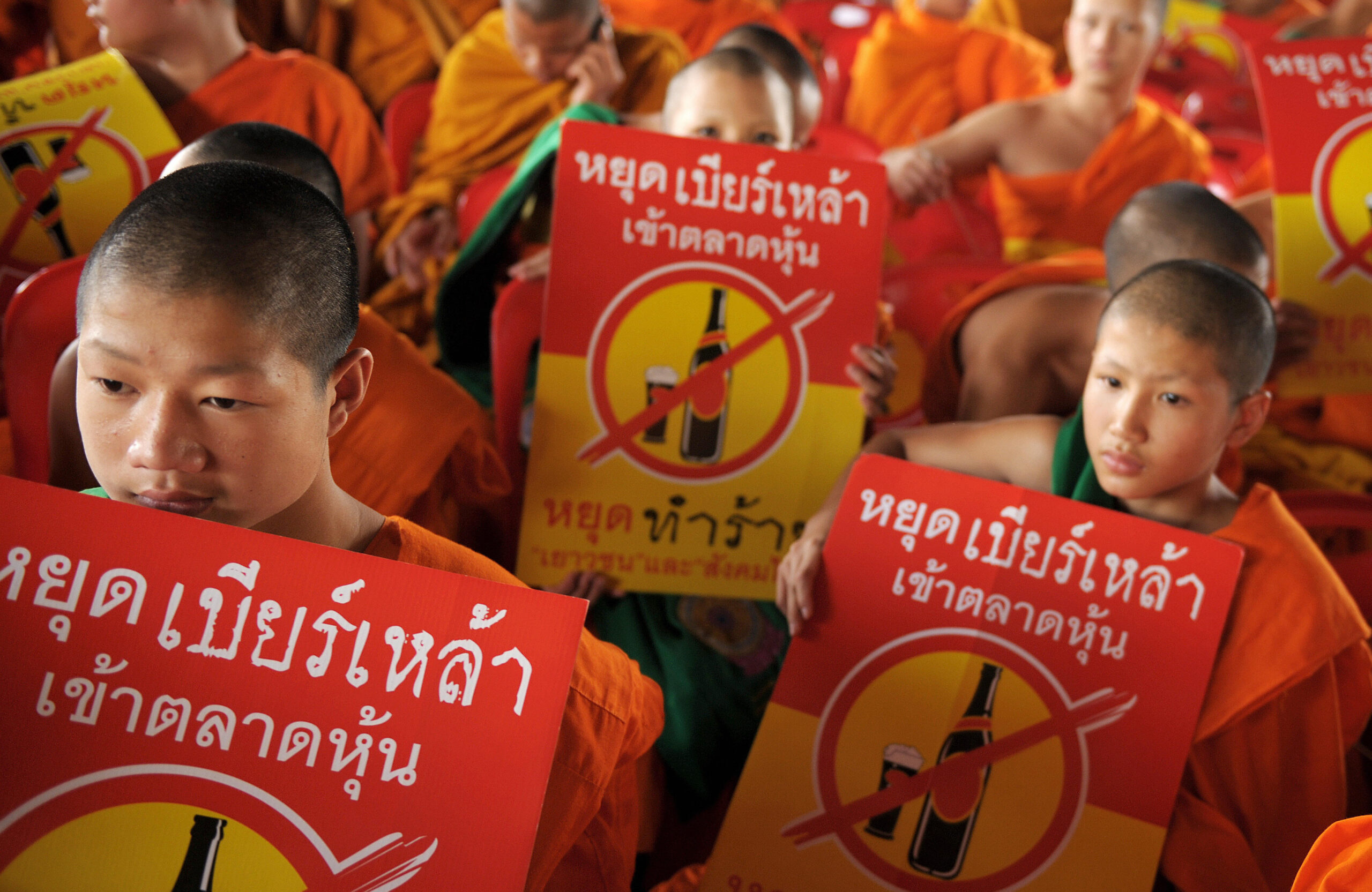 Young Thai Buddhist monks hold signs during a protest called by conservative and religious groups against the listing of a beer at the Stocks Exchange of Thailand (SET) on Nov. 20, 2008, in Bangkok. (Photo: CHRISTOPHE ARCHAMBAULT/AFP via Getty Images)

Three Buddhist monks who were caught drunk at a temple on New Year’s Day claimed they were only drinking the whisky as a means of delivering it to the dead, according to The Pattaya News.

The senior monks, who were discovered by law enforcement officers from the Kamphaengphet District Office at a temple in Kamphaengphet, Thailand, were found to have violated the rules of monkhood after an alcohol-breath test confirmed that all three had been drinking, which is a banned activity for monks in Thailand.

The officers arrived at the temple after local residents had alerted them that the monks were drinking and partying, which is against the monks’ rules of conduct. The officers found no bottles but said the smell of alcohol was very strong when they arrived. Initially, officers said, the monks denied that they had been drinking. When pressed by officers, though, one highly intoxicated monk named Arpat admitted to drinking, and gave his rationale as to why.

“We don’t usually drink, only in festivals. We were drinking local rice whisky from local residents who wanted to give the spirits to their ancestors as a blessing,” Arpat said, according to The Pattaya News. “So we drank this whisky in order to deliver alcohol to those dead people, we were doing a good thing by blessing their ancestors and thought this would not violate the rules of being a monk.”

The officers disagreed. The three monks were “to be expelled” from the monkhood for breaking the major rule of not drinking, The Pattaya News reported.