Buffalo Trace, which claims to be the “world’s most award-winning distillery,” lived up to that nickname by wiping away the competition at this year’s International Wine and Spirits Competition.

The flagship bourbon of the World’s Most Award-Winning Distillery.
(IG 📷: frenchlanding)⁣ pic.twitter.com/6WlJVkjr4r 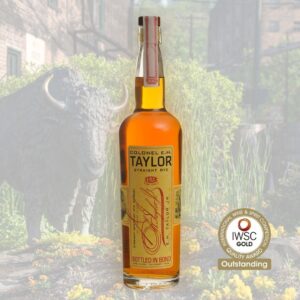 The Buffalo Trace website notes that Colonel Edmund Haynes Taylor Jr. was producing this style more than a century ago, yet straight rye whiskey has seen a significant resurgence in the American whiskey market in recent years. This small-batch, Bottled-in-Bond 100 proof straight rye whiskey pays homage to the former Distillery owner with a one-of-a-kind rye whiskey that is reminiscent of long ago.

It is an unusual rye whiskey in that it exclusively contains just rye and malted barley, no corn. Even without the help of corn, this rye is known to drink more like a sweet bourbon than traditional rye.

Buffalo Trace describes the tasting notes as “an aroma full of dried fruit, black pepper and a touch of fresh dill. A small sip brings an array of flavors both sweet and savory with a terrific balance of dark spices and subtle caramel overtones. The finish is especially pleasing with an oaky dryness that lingers just long enough.” 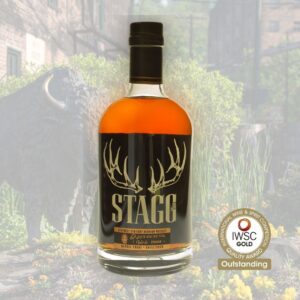 During the “Gilded Age of Bourbon” in the 19th century, George T. Stagg created the most successful bourbon distillery in American history at that time. The bourbon still holds true to its original flavor: uncut and unfiltered, this robust bourbon whiskey ages for nearly a decade resulting in bourbon with a bold character.

The 15th batch of this bourbon is described as powerful, having lots of viscosity with flavors of brown sugar, oak, citrus, pepper, and sweet oak. 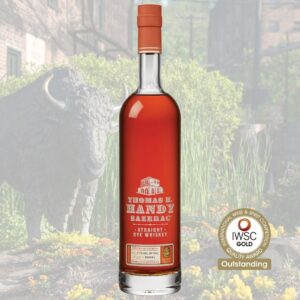 Named after the bartender who originally used rye whiskey in a Sazerac cocktail, Buffalo Trace calls this rye “a symbol of the timeless history of New Orleans and the legacy of Thomas H. Handy.”

The tasting notes consist of toffee, fig cake, and candied fruit, followed by mint, cinnamon and clove. It offers a long, warm finish and reveals notes of allspice, coconut and nutmeg.