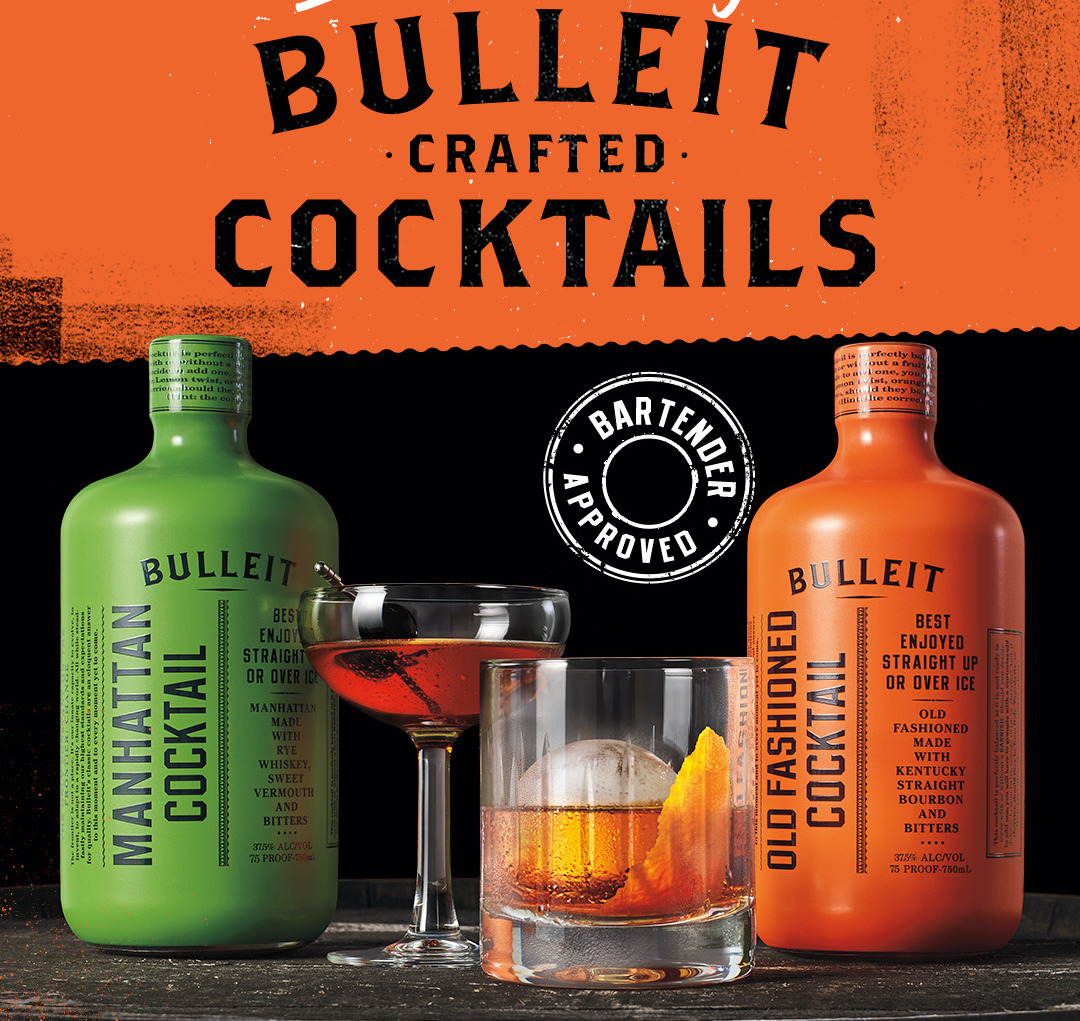 Bulleit Frontier Whiskey announced Thursday that it is joining the ready-to-drink craze with a line of whiskey-based ready-to-serve cocktails called “Bulleit Crafted Cocktails,” which debuts with two of the most iconic whiskey cocktails: the Old Fashioned and Manhattan.

Bulleit said in a news release that it collaborated with “some of the most celebrated and creative bartenders” to perfect the RTDs “through many rounds of refinement.”

“It can take time to master a Manhattan or Old Fashioned,” said Adam Geissler, Bulleit Brand Ambassador. “Luckily bartenders are masters of their craft and have been skillfully making these cocktails with our whiskeys for years, so it was only right we had them help us create these products to help put bartender quality cocktails in the hands of people (21+) to enjoy without the time or fuss of cocktail preparation.”

The Bulleit Old Fashioned Cocktail is a blend of a high-rye Kentucky Straight Bourbon Whiskey with aromatic bitters, orange, hints of spice and simple syrup.

Bulleit says its Rye Manhattan was “inspired by the simple belief that a spicier rye makes for a better Manhattan.” It pairs sweet vermouth with angostura bitters and hints of dried fruit, spice and vanilla.

To help launch Bulleit Crafted Cocktails, the brand is putting the RTD cocktails in the hands of bartenders on a content series exploring different ways to garnish. It also will celebrate “with cultural pioneers starting with those breaking the boundaries of film and television at the Film Independent Spirit Awards in Los Angeles.”

“As a brand rooted in bartender culture, we collaborated with a number of leading bartenders to perfect and refine two timeless whiskey cocktails, the Old Fashioned and Manhattan,” said Sophie Kelly, Senior Vice President of Whiskies, Diageo. “With Bulleit Crafted Cocktails, consumers can pour and serve bar quality, crafted cocktails wherever they are. Whilst nothing can replace the full experience of enjoying a drink made by your local bartender, Bulleit Crafted Cocktails are as close as you can get.”

Diageo, the company that owns Bulleit, on Tuesday announced the opening of a new $110 facility in Plainfield, Illinois, dedicated to “help accelerate the development of the company’s RTD portfolio and growth strategy in the convenience category.”