Burglars Steal $15,000 Of Booze In Seemingly Hollywood Inspired Theft: By Drilling A Hole In Store Wall 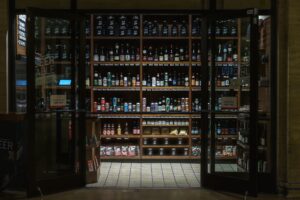 In a brazen heist, burglars have stolen alcohol worth over $15,000 from a liquor warehouse in Pune, India. The incident occurred on August 8, early in the morning, when the thieves drilled a hole in the warehouse wall and made off with 120 boxes of liquor bottles and the store’s digital video recorder.

This incident highlights the growing problem of liquor-related crimes in India and underscores the need for new regulations to be set in place to protect its people, their stores and their inventory.

In India, the sale and consumption of alcohol are regulated by a patchwork of state and local laws. In some parts of the country, alcohol is outright banned. As a result, the liquor sold must be underground and often cheap, illegal and dangerous. In addition to the risk of consuming low-quality alcohol, there is also the danger of being caught and punished by the authorities.

Due to the current laws in place it has allowed unofficial liquor retailers, known as “belt shops” to offer home-delivery of bootlegged alcohol via secret WhatsApp groups. This offers a convenient way for those seeking to obtain illicit alcohol to do so without having to leave their homes. Just last month, 21 people were killed after drinking bootleg liquor that had been spiked.