Bus Driver Who Drank Fireball While Driving Kids Gets DWI 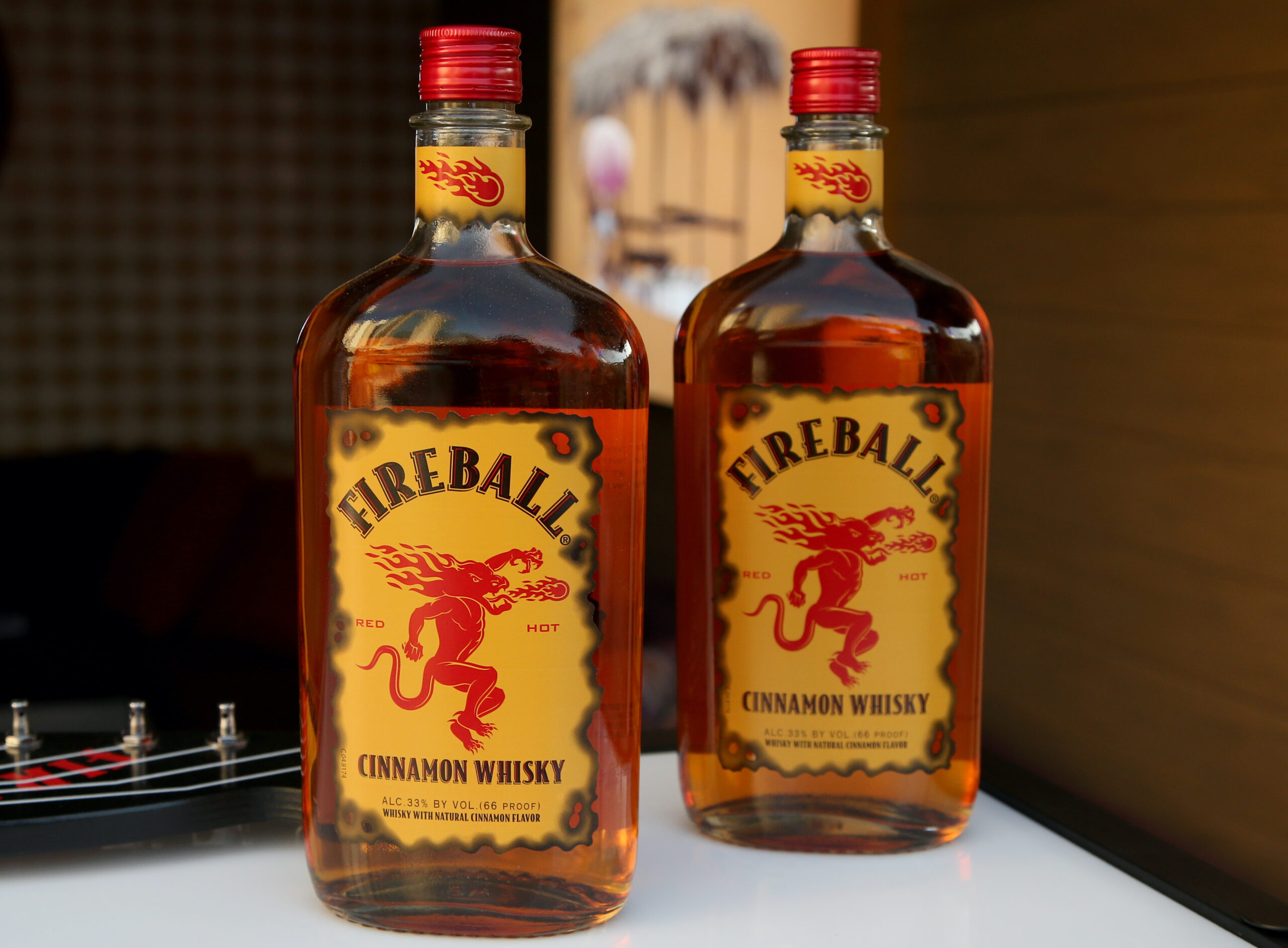 Bottles of Fireball Cinnamon Whisky are displayed in the Fireball Cinnamon Whisky booth during the 2022 Bar & Restaurant Expo and World Tea Expo welcome kickoff party March 21 at the Azilo Ultra Pool at SAHARA Las Vegas. A bus driver taking children to summer camp was found to have been drinking a mixed drink containing Fireball while driving. (Photo by Gabe Ginsberg/Getty Images for Nightclub & Bar Media Group)

A commercial bus driver in Minnesota has pleaded guilty to a gross misdemeanor count of driving while impaired after admitting to transporting 35 children to a summer camp in August while drinking from a cup that troopers later determined contained a mixed drink that included Fireball Cinnamon Whisky.

Patrick David Bullard, 49, of Cannon Falls, Minnesota, last week was sentenced to a year in jail, according to the St. Paul Pioneer Press.

Bullard was driving the children to YMCA Camp Warren on Aug. 21, when he was stopped and arrested along Interstate 35. Troopers reported that Bullard “seemed quite dazed and disoriented,” had watery eyes and was slurring his speech upon being pulled over.

After field-sobriety tests indicated Bullard was impaired, troopers found a 1.75-liter bottle of Fireball that was about two-thirds empty in the driver’s backpack.

Court documents indicated he was “driving erratically,” and almost crashed into a ditch at least once. The Pioneer Press reported that a roadside breath test measured Bullard’s blood-alcohol level at 0.257 — more than three times the legal limit. The children aboard the bus ranged in age from 11 to 14 and were accompanied by two adult chaperones.

Bullard, who was fired after the arrest, already completed one condition of probation by attending a Mothers Against Drunk Driving victim-impact panel. He must additionally abstain from alcohol, avoid bars, comply with random testing and ignition interlock requirements, according to the Pioneer Press. He was also sentenced to 40 hours of community service and charged $1,110 in fines and fees.