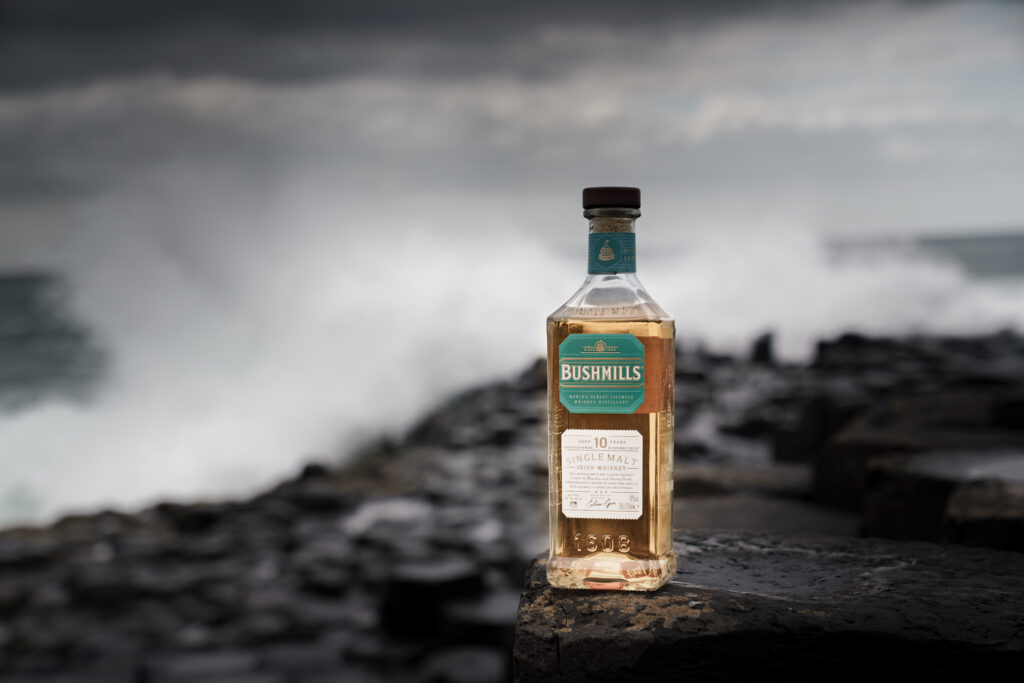 Bushmills Irish Whiskey has unveiled a new bottle and label design for its single malts to “showcase the contemporary vision of the world’s oldest licensed distillery,” according to a news release.

The new bottle was designed by New York agency Stranger and Stranger. The glass bottle is a broader, more angular shape influenced by the hexagonal columns of the Giant’s Causeway, near the Old Bushmills Distillery. The bold new labeling is intended to champion “a more vibrant color palette of aqua green for the 10 Year Old, a maroon shade of red for the 16 Year Old and mushroom grey to dress the rare 21-Year-Old,” according to the news release

The new packaging and bottles will be rolling out beginning this month at retailers Waitrose, Tesco and Sainsbury’s as well as whiskey-specialist retailers including The Whisky Exchange and The Whisky Shop with a recommended retail price of £35 ($47).

“It is a privilege to be appointed as Master Blender for Bushmills Irish Whiskey. The Old Bushmills Distillery is a very special place and I’m excited to explore my passion for developing new whiskeys and experimenting with different casks and flavours, while still maintaining the iconic Bushmills taste and quality,” Thomas said.

“The craftmanship and passion that goes into Bushmills is something that has truly captured my imagination. Whiskey fans know Bushmills Irish Whiskey for the brand’s 400 years of quality and taste, so part of my job will be ensuring that we continue to meet that high standard.”