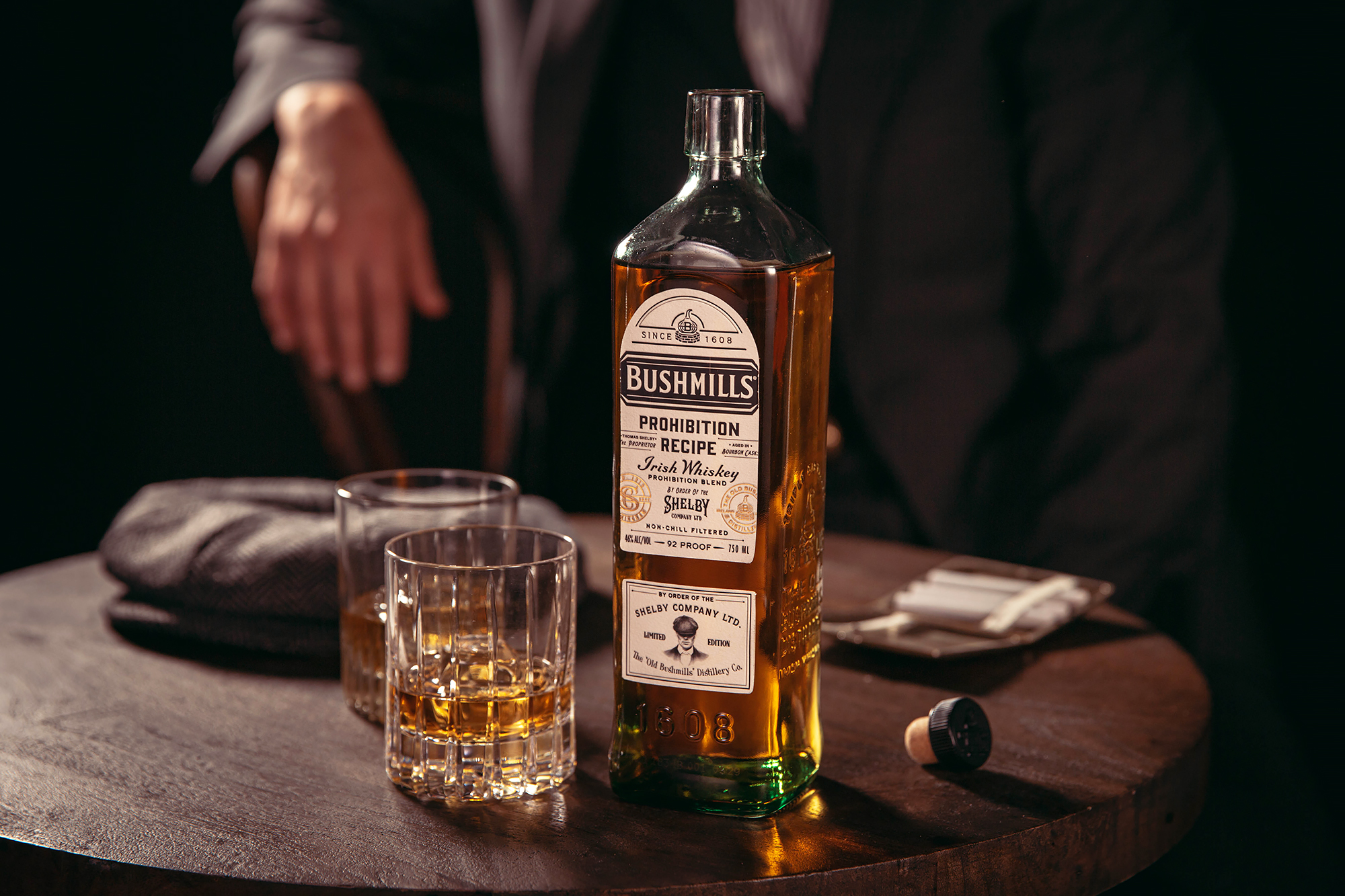 Bushmills Irish Whiskey is continuing its partnership with the hit Netflix show “Peaky Blinders” by giving the show its own whiskey.

After applying for permission with the US Alcohol and Tobacco Tax and Trade Bureau to launch a “Peaky Blinders”-themed whiskey in January and teasing the release on Instagram in late April, it’s finally official: Bushmills Prohibition Recipe Whisky is available now, in time for fans to enjoy it with the show’s final six episodes, which are set to hit Netflix on June 10.

“We couldn’t be more thrilled to have entered into such a fitting partnership between our show, Peaky Blinders and Bushmills,” Caryn Mandabach, the producer and owner of “Peaky Blinders,” said, according to Food & Wine. “We are delighted the U.S. fans can toast the launch of this historic, final season on Netflix with this limited-edition partnership whiskey.”

Bushmills Master Distiller Colum Egan, who blended three whiskies that were aged in ex-bourbon casks for three, four and five years to make Bushmills Prohibition Recipe. The resulting expression was bottled at 92 proof.

“With this new release, we celebrate Bushmills’ long history and the continued aging of whiskey during Prohibition,” Egan said. “As the world’s oldest licensed whiskey distillery and one of only a handful of distilleries to survive the 13 long years that preceded repeal day, this whiskey represents uncompromised quality and perseverance in the face of adversity — a story that is shared by both Bushmills and the Peaky Blinders.”

Bushmills Prohibition Recipe Irish Whiskey will be available in wine and spirits retailers across the U.S. for a suggested retail price of $29.99.