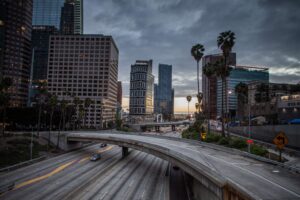 Initially, distilleries were set to lose their ability to ship directly at the beginning of this year. Still, they were granted an extension to help recoup business lost during the ongoing pandemic.

“Direct-to-consumer spirits shipping helped save many California businesses and jobs during the pandemic,” said Chris Swonger, president, and CEO of Discus. “Stripping distillers of a responsible and critical revenue stream, and consumers of increased convenience simply doesn’t make sense in the modern marketplace. We are committed to working with senator Ben Allen and members of the committee in their efforts to find common ground between interested parties. Wine has been shipped directly to consumers for more than three decades in the state, and it is well past time spirits DTC was made permanent as well.”

However, the bill is not without opposition. The Wine and Spirits Wholesalers of California (WSWC) believes the move will threaten up to 10,000 union employees at the wholesale tier and 38,000 retail store workers.

According to The Spirits Business, The WSWC believes that the state’s current age verification system is not present in the direct-to-consumer market, which could lead to underage purchasing of alcohol. The organization set up a website to show the dangers of direct-to-consumer shipping of spirits.