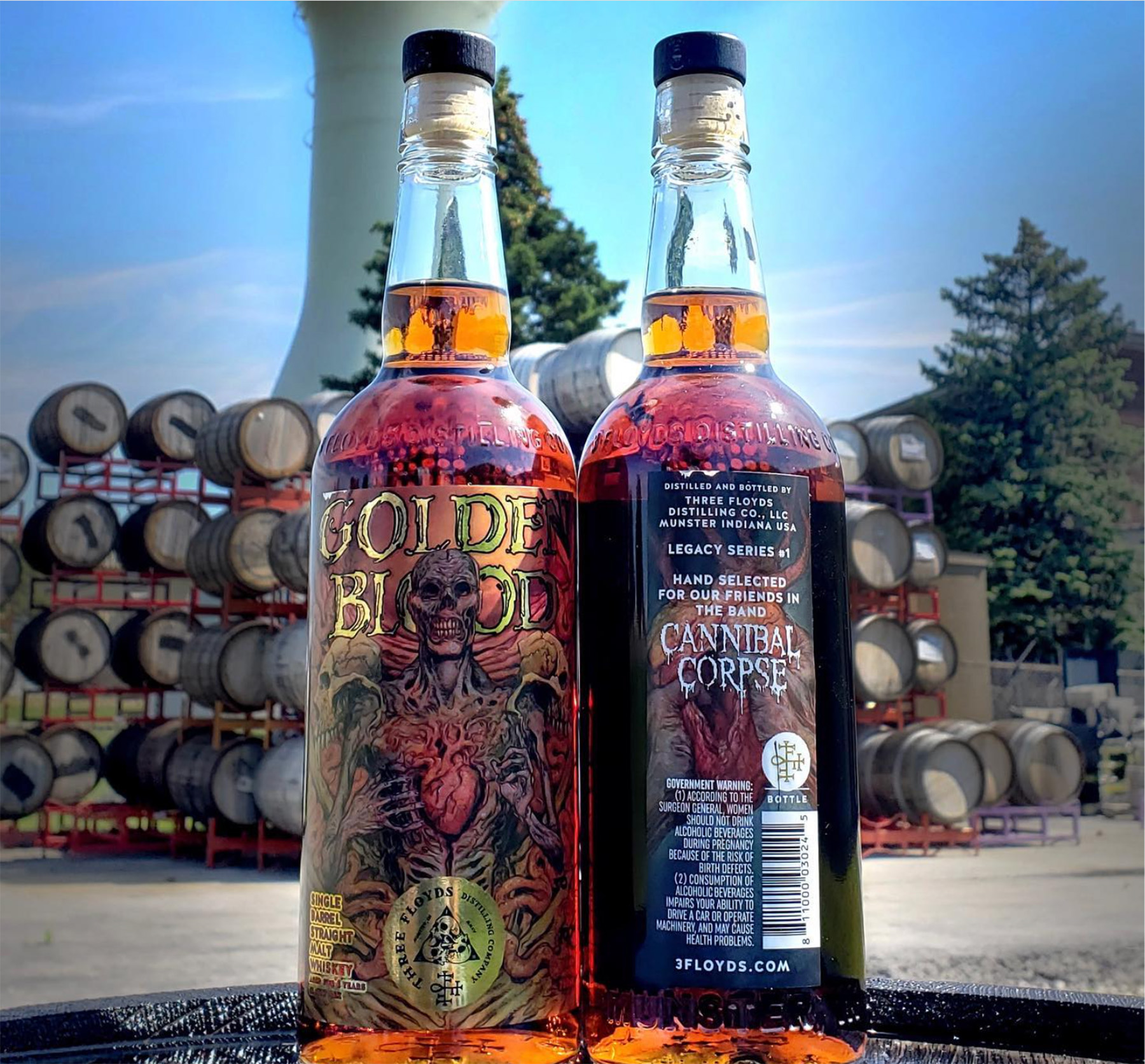 Three Floyds described the whiskey as follows on its Instagram page: “Made with malted barley and wheat, this juggernaut was lying in wait for 4 years in a new charred and toasted oak barrel. With notes of banana cream and nutmeg, smoke and highland grass, this particular (and remarkably smooth) crusher of a barrel was hand-selected by our friends in @cannibalcorpseofficial.”

This is Three Floyds’ first single-barrel release. The was released at noon on Saturday at the distillery’s kiosk in Munster, Indiana. Each bottle is priced at $100 and limited to one bottle per customer.

The whiskey’s label artwork was created by the band’s friend and collaborator Vince Locke.

Three Floyds is a popular brewery founded in 1996. In 2019, Three Floyds opened a distillery, which since has created whiskeys, rums, gins and an aquavit. Three Floyds has collaborated with several metal bands.