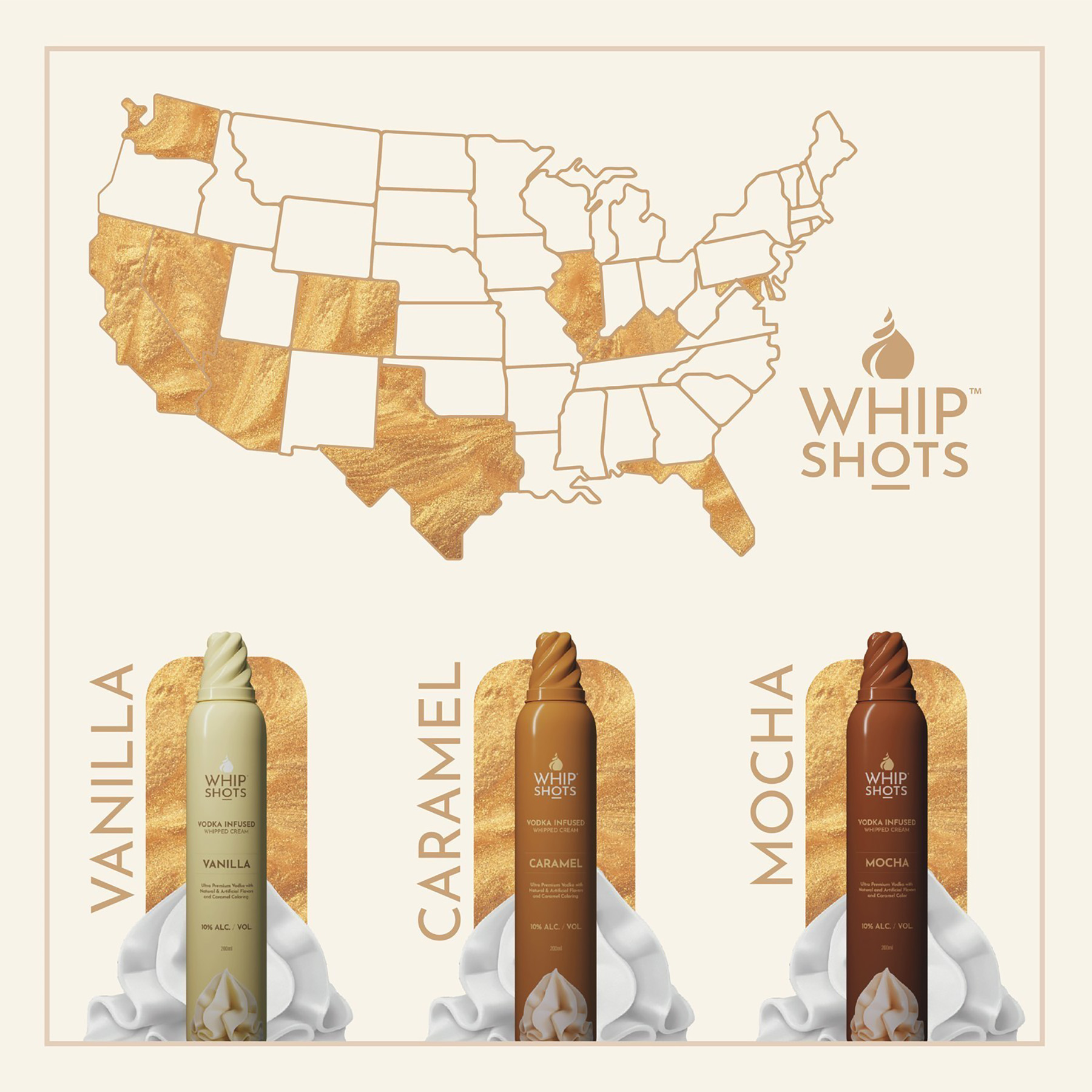 On Tuesday, distributor Starco Brands announced that Whipshots is now available in 14 states across the U.S. The new states Whipshots is available in are Hawaii, Missouri and Indiana. These states join Texas, Maryland, Nevada, Illinois, California, Colorado, Washington, Florida, Arizona, Kentucky and Washington, D.C., as the states that sell the vodka-spiked whipped cream brand in retail locations.

“We’re thrilled to be able to offer Whipshots to even more consumers in more locations across the country,” Ross Sklar, CEO of Starco Brands, said in a news release. “The demand for Whipshots has been astounding and shows what is possible when you have an incredible product and elite retail partners.”

The latest states to carry Whipshots are Texas, Maryland, Nevada and Illinois.

“The overwhelming demand for Whipshots across the U.S. has been remarkable and is a true testament to what’s possible when you have a culture that is hard wired for innovation committing to only commercializing products that can change behavior,” Ross Sklar, CEO of Starco Brands, said in a news release. “I also can’t say enough about our team, best-in-class retail partners and of course our creative inspiration, marketing force and partner Cardi B.”

In February, Whipshots initially launched to California, Colorado, Washington and Florida. In June, Whiskey Raiders reported that the brand had expanded to Arizona, Kentucky and Washington, D.C.