We Tasted Cardi B’s Whipshots — Here’s What We Thought 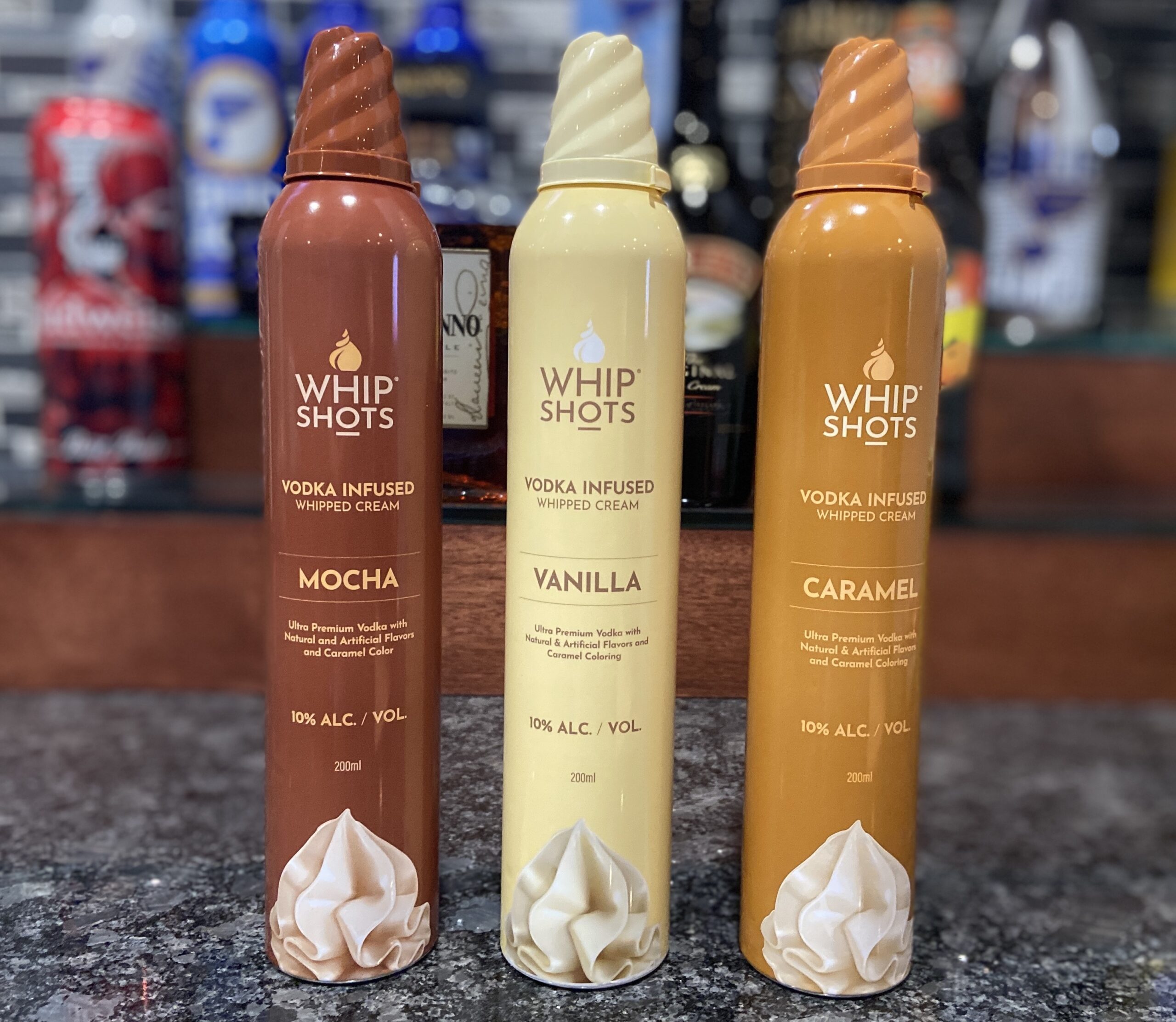 Whipshots, the vodka-spiked whipped cream brand from musical artist Cardi B, contains 10% ABV and is available in 14 states.

During a time when you can scarcely turn your head without seeing an advertisement for a new celebrity booze brand, it’s tough for any given product to stand out from the rest of the pack.

Few have found instant success the way Cardi B did with her vodka-infused whipped cream brand Whipshots, which lit the internet on fire when it debuted in December and routinely sold out in minutes on a daily basis for the rest of the month.

Whipshots began distributing to retail locations in February and has expanded state by state. As of last week, Whipshots is available in 14 states.

The combination of an A-list celebrity and a distinctive product idea has led to a great deal of hubbub surrounding Whipshots; the brand has garnered more than 90,000 followers on Instagram, and TikTok videos using the hashtag #Whipshots have been viewed about 60 million times.

Given the massive hype surrounding Whipshots, we had to give them a try.

Let’s dive in, one flavor at a time.

This is very tasty — a little bit cloying, but overall super enjoyable. You can taste the vodka. Making mocha instead of just chocolate was an excellent call. The coffee is present and great. It mixes really well with the rich chocolatey notes to deliver a well-balanced blast of sweetness. This is the best flavor, and we recommend enjoying it atop a cup of coffee — Especially one spiked with Bailey’s or bourbon cream. 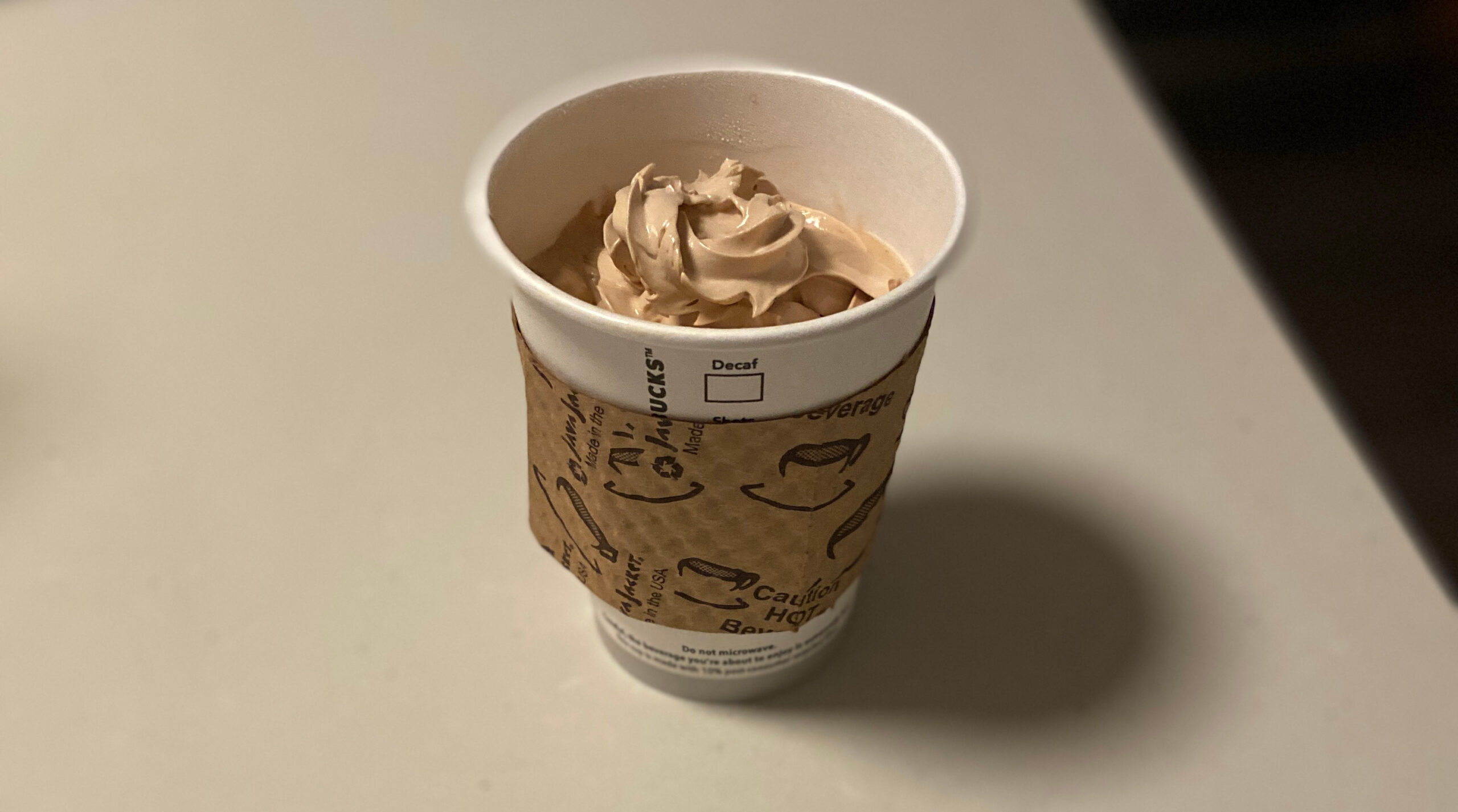 Mocha Whipshots is best enjoyed atop a cup of coffee.

This is our least favorite of the three, but it’s not bad. It loses out to the other two flavors because it has by far the most synthetic flavor to it. On the palate, it starts funky and ends weird — but the middle is great.

When it first enters your mouth, you’re struck by a slightly unpleasant chemical note. Once you get past that, though, there’s a delicious burnt-caramel flavor. The back palate has more of a lingering cloy to it than the other flavors, making for an odd finish. Overall, this is pretty good but not as good as the other flavors. This would be a killer topping to some sort of cocktail variant of an iced caramel macchiato — or the Dough Ball Snickerdoodle, a delicious cocktail made with cookie-dough-flavored whiskey, coffee and vanilla vodka. Find that recipe here.

The vanilla is really nice. It’s by far the lightest and most natural-tasting of the three. It’s also the least complex. The sweetness of the mocha’s chocolate is somewhat balanced by the more-bitter coffee, and the caramel’s sweetness is pleasantly countered by that burnt flavor and less pleasantly countered by the synthetic chemical taste. The Vanilla, on the other hand, is just vanilla — and that’s not a knock on it. In fact, something straightforward and not syrupy sweet is precisely what you want when tasting all of these flavors together. This sort of palate cleanser and change of pace is an absolute must after too much of either of the other flavors. 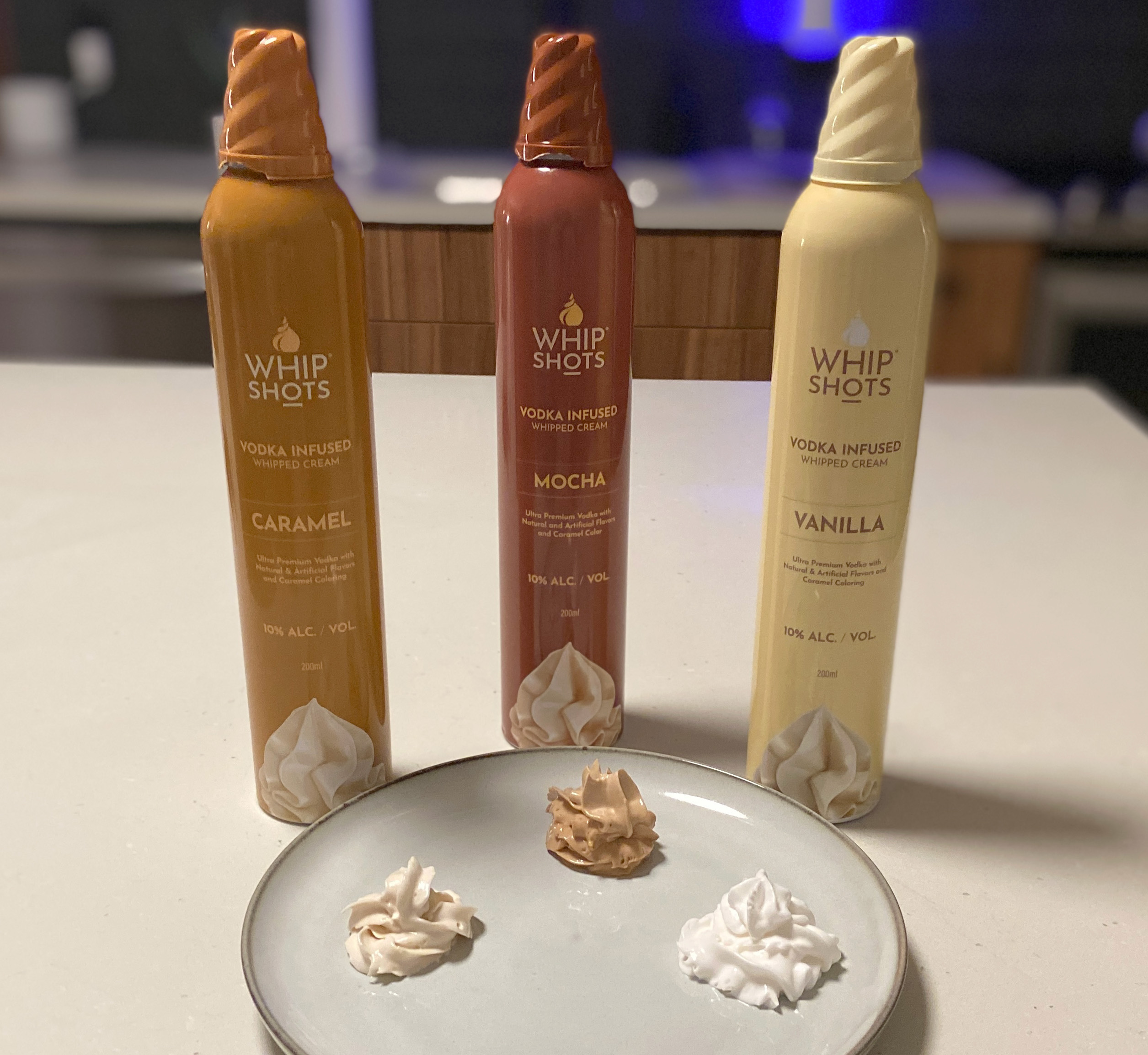 Cardi B’s Whipshots is good, fun and sure to be a hit at any party. It’s easy to enjoy out of the can, but its thick and creamy nature is a double-edged sword; it’s the reason Whipshots is so good, but it also means you’re not going to want to indulge in too much of the stuff at one time. Whipshots is filling. The best way to enjoy Whipshots is atop any dessert, coffee or sweet cocktail. The caramel has a synthetic flavor to it — as does the mocha, to a drastically lesser degree — but it’s boozy whipped cream, did you expect it to taste natural? Overall, these are quite delicious.

Whipshots’ dairy-free nature means it does not require refrigeration, which is a pro and con. On one hand, the fact that this product doesn’t need to be refrigerated is handy, since it makes Whipshots shelf-stable. On the other, room-temperature whipped cream doesn’t quite hit the same, and according to the Whipshots website, “Whipshots does not, and should not, be refrigerated,” which is a bummer.

Whipshots is sweet and just boozier-than-you’d think enough to be some real fun. We respect going for the 10% ABV mark to make this a real party product. It would have probably been a safer bet to go with 5%; since you can actually taste the vodka in these, a lower ABV may have appealed to a larger audience. But we respect the commitment to the party.

Overall, Whipshots is worth a buy. It’s a fun product that has successfully carved out its own lane. It works tremendously as a party gimmick, but it’s more than that, too. You’ll legitimately want to enjoy these with your evening dessert cocktail or cup of coffee. Its 10% ABV mark means you can taste the vodka just a little bit while enjoying Whipshots’ full range of sweet flavors.

To sum up Whipshots using Cardi’s own words: “This shit is a party-starter.” Next up, we’d love to see a whiskey-infused release.