Casino Worker Wins $93,000 in Discrimination Case After Being ‘Shunned’ By Coworkers Who Excluded Her From Plans to Get Drinks 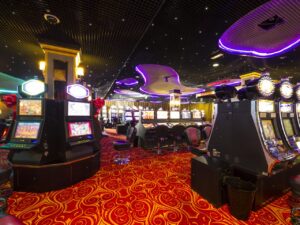 A woman won about $93,000 in a discrimination case after a tribunal ruled that her coworkers intentionally left her out of plans to get drinks. (Image via Aspers Casino)

A 51-year-old casino cashier was awarded £74,113 ($93,000) after winning a discrimination case against her colleagues, who deliberately excluded her from a night out.

Rita Leher, who works at Aspers Casino in Stratford, London, England, complained that she was the only colleague not invited to have drinks at a Las Iguanas venue. Other cashiers “insensitively” discussed the prospect of the work drinks in front of her, leaving her feeling left out. The tribunal judge ruled that deliberately leaving a colleague out of work drinks amounted to victimization.

Leher was not invited to the work drinks event because she had previously raised a discrimination complaint against a fellow employee, The Evening Standard said.

In a ruling published Wednesday, Employment Judge Sarah Moor said: “We unanimously agree that being excluded from discussions at work about a social occasion amongst colleagues when one would normally be included would subject an employee to a detriment at work.”

The tribunal also ruled the casino discriminated against her by not replying to a request for a refresher training course, which was given to a younger, white employee when he requested it.

The tribunal also found that another member of staff at the casino threatened her with disciplinary action if she filed any more discrimination complaints “with insufficient evidence.”