Chattanooga Whiskey Unveils Exactly What We’ve Been Waiting For: A Bottled-In-Bond Release 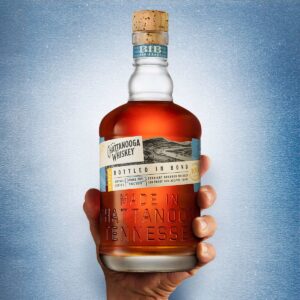 Chattanooga Whiskey Company has already been making a surprising splash into the American Whiskey world despite some pretty young products.  Whether it be their Rye, 111 Barrel Proof, or some of their Experimental Releases, the high percentage of malted barley has been paying dividends with praise from consumers and reviewers alike.  Their newest release though could push them into that next tier of quality producers.

June 25th will mark the release of Chatt’s first Bottled-In-Bond Bourbon Whiskey, which means it will be 4 years old, distilled during the same season from their distillery, aged in a Federally bonded warehouse, and bottled at 50% ABV without any additives besides water.  The distillery will also be pulling off the success of their previous experimental batches, as the mashbills used in the BiB all have been used in previous releases that have since sold out.  Each distillation run in the batch contains at least 25% of a malted grain and was distilled between January and June of 2017.

While a Bottled-In-Bond designation does not guarantee that a whiskey will score high, it is a mark of quality and trust in the production process.  For a craft producer though, it shows the patience to wait and have enough stock to provide an older release and maybe a sign of things to come.  While we didn’t need much convincing that Chattanooga Whiskey Co. was making some great bourbon, it is exciting to see this release and what a little more age does.  It is also encouraging to see that they aren’t resting on the success of their 2-3 year product but continuing to push themselves to improve and innovate in an ever growing, competitive market.