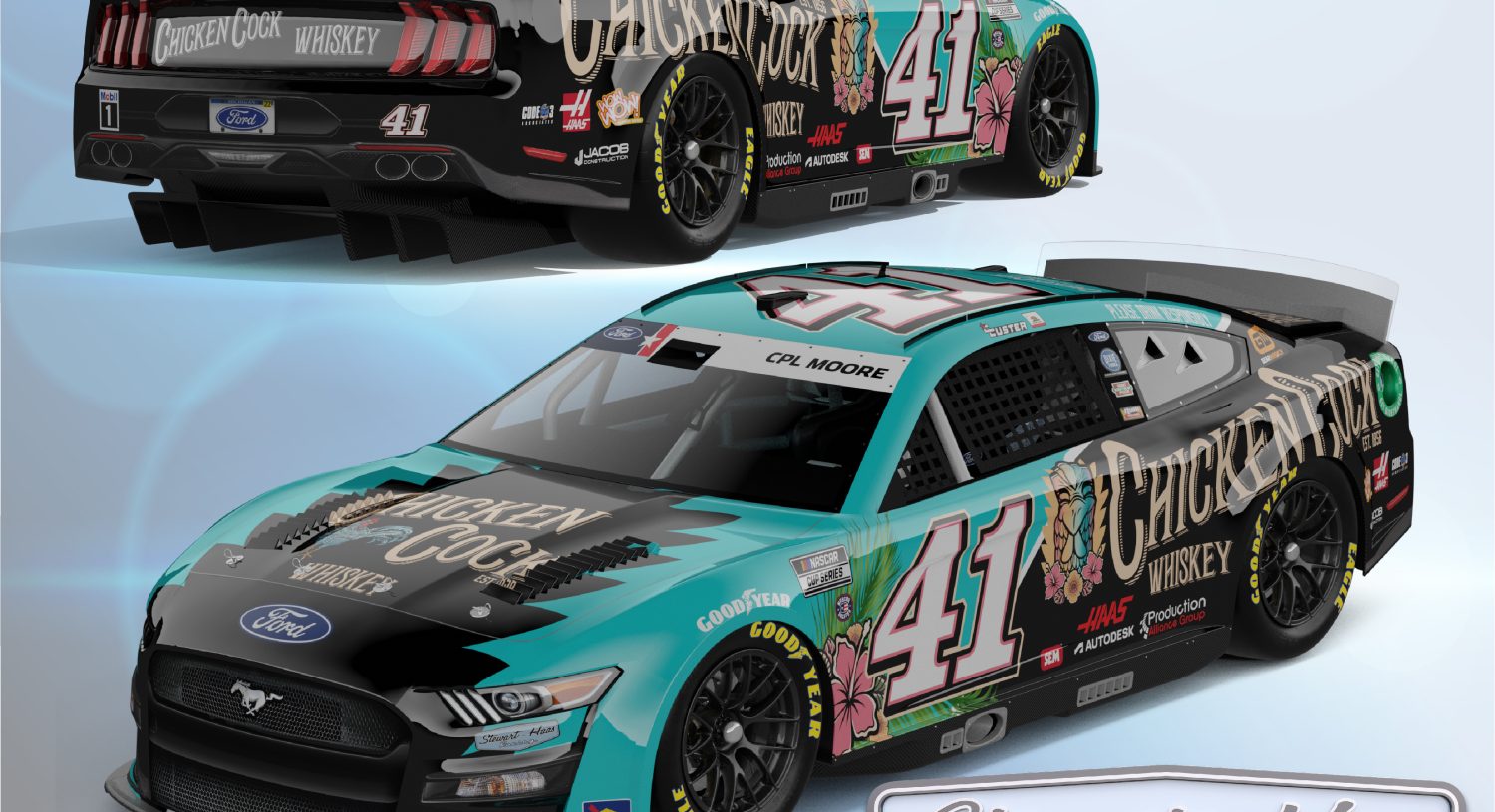 As part of NASCAR’s annual “600 Miles of Remembrance” during the Memorial Day weekend event, the windshield of Custer’s car will display the name of U.S. Army Cpl. Joshua Mckay Moore, who died at age 20 in 2007 in Baghdad, Iraq. Moore and three others were killed when the Hummer they were in drove over an explosive device. Moore was posthumously named a corporal for his efforts in the war.

Chicken Cock, which calls itself “The Famous Old Brand,” was first established in 1856 in Paris, Kentucky. Chicken Cock’s original distillery burned down in 1950, causing the brand to pause production until Grain & Barrel Spirits purchased the dormant Chicken Cock brand in 2016. In 2018, Chicken Cock’s production moved back home to Kentucky via Bardstown Bourbon Company.

“The 600 is definitely the longest race I’ve run,” Custer said in a news release. “I think the biggest thing is staying hydrated and making sure you’re loose before the race and not sore. Just try and relax, especially in the first part of the race. At halfway, you just need to try and settle in and get some laps done.

“The thing about it is you can’t really relax too much because you have to fight for the stage points, and fight for track position as much as you can. You have to stay hydrated. I guess there’s the need for a snack in there somewhere, too, but it’s definitely the longest, most grueling race that I’ve run.”