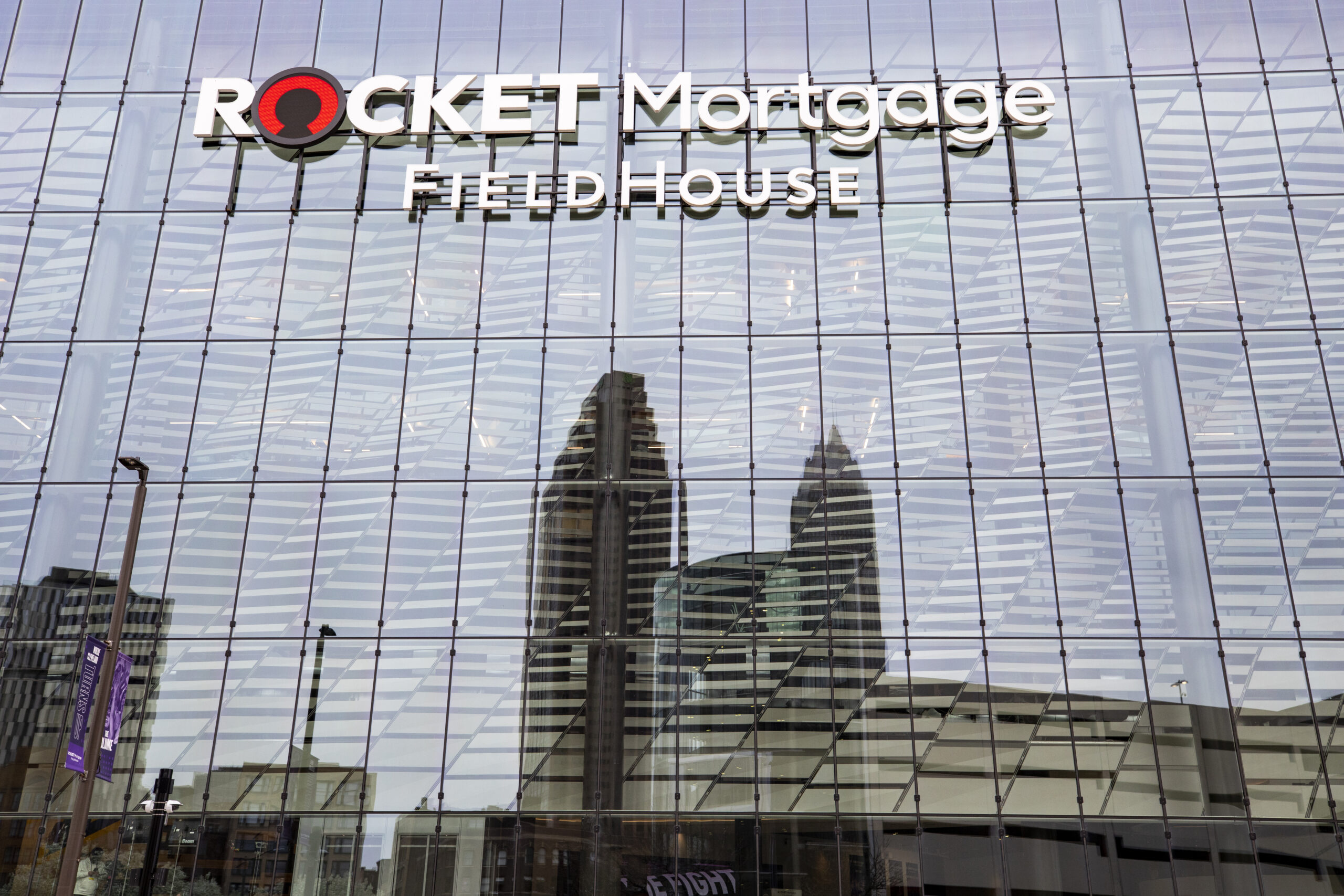 The Cleveland skyline is reflected in the side in the window of Rocket Mortgage FieldHouse, home of the 2022 NBA All-Star Weekend on April 10, 2021, in Cleveland, Ohio. (Photo by Lauren Bacho/Getty Images)

This year, Cleveland, Ohio, is hosting NBA All-Star Weekend festivities. During the weekend, Feb. 18-21, seven Cleveland hotels have been approved for extended hours and to serve liquor until 4 a.m.

The seven hotels that were approved for the extended hours waiver by the City of Cleveland are:

An Ohio state law was passed in 2016 that allowed Cleveland venues to apply for waivers with the Ohio Division of Liquor Control to serve alcohol until 4 a.m. during major events hosted by the city.

The City of Cleveland reviewed 87 applications from businesses within city limits, weighing economic benefits and public safety needs. Mayor Justin Bibb’s cabinet and COVID-19 task force recommended only the seven applying hotels that applied for the waiver should be approved.

“The decision will allow for optimal public safety throughout the city, while also accommodating the needs of players and visitors to enjoy a meal after the evening’s official NBA events,” the city said in a news release, according to News 5 Cleveland.

The All-Star game will take place on Sunday, Feb. 20 at Rocket Mortgage FieldHouse.

This year is the second time Cleveland has ever hosted All-Star Weekend, the last time being 1997. Cleveland’s home team, the Cavaliers, has an All-Star this year for the first time since the 2017-18 season. Point guard Darius Garland was named a reserve. Garland is averaging 19.8 points and 8.2 assists per game during his third season. The Cavs have been surprisingly great this season, compiling a 33-21 record thus far, good for fourth in the Eastern Conference.