Bar Offers Controversial Special: A Free Shot For Every Russian Plane Shot Down in Ukraine Conflict 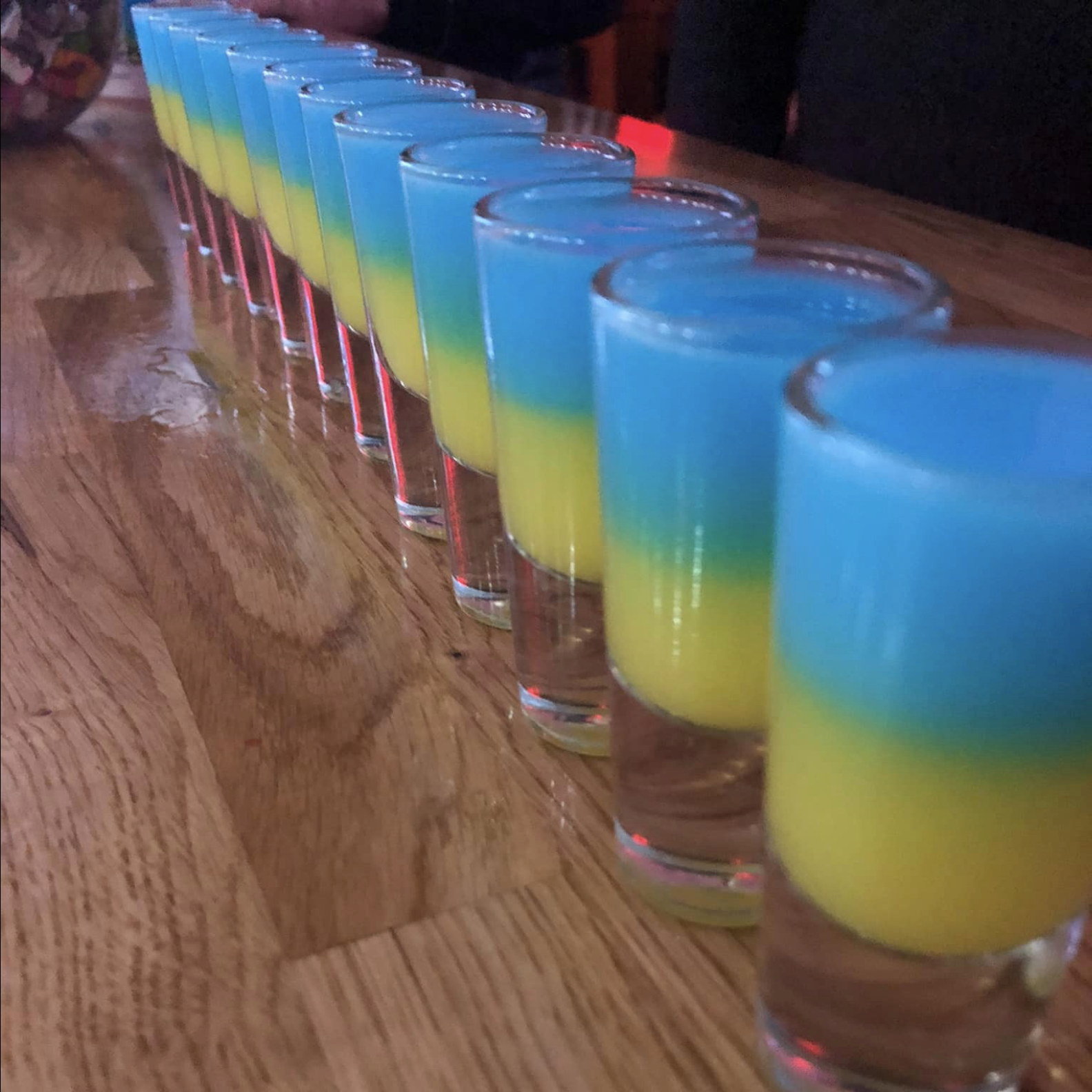 Coastal Bar in Kent, England, offered these shots, blue and yellow like the Ukraine flag, for free in celebration of Russian planes shot down. (Photo: Coastal Bar)

A bar in Ramsgate, Kent, England recently posted on Facebook a photo of 12 blue and yellow (the colors of the Ukraine flag) shots lined up, captioned: “1 for every Russian plane shot down by the ghost of Kyiv 😀💪💪🇺🇦🇺🇦 #StandWithUkrain.”

In response to comments questioning whether profits from the shots were going toward helping Ukraine in its plight against an aggressively invading Russia, Coastal Bar clarified that the shots were free, so there were no profits.

“These shots were in solidarity with Ukraine and were given out for free,” Coastal Bar wrote. “There are 6 different spirits in each shot and are extremely time-consuming to make which is why these were made in a batch and given away for free. These were made at the request of a few regular customers. People talking about peace in Ukraine is never a bad thing and to raise its profile just in the same that most people have changed their profile pictures to the Ukrainian flag.”

This “special” may be a tad controversial; celebrating the (presumed) loss of life with free shots is something ordinarily frowned upon. On the other hand, Russia is storming Ukraine, and the nation is defending itself.

The bar has since said it removed its Russian vodka and replaced it with Ukrainian brand Nemiroff vodka, according to KentOnline.

Many U.S. liquor stores have halted sales of Russian vodka.

Shortly after the Russian invasion, a Ukrainian brewery paused its beer brewing to make Molotov cocktails.