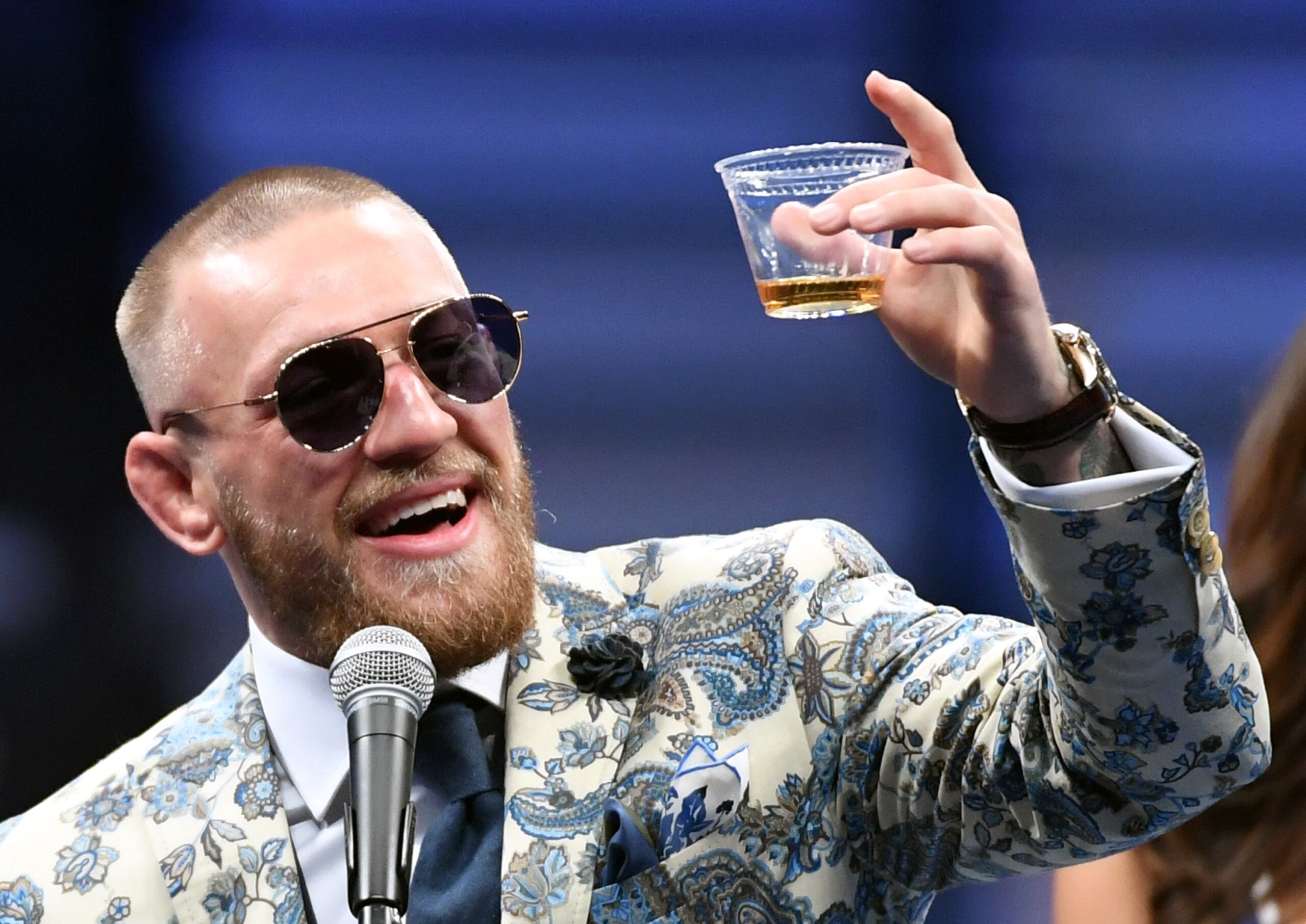 Conor McGregor holds up a cup of his Irish whiskey as he speaks during a news conference following his 10th-round TKO loss to Floyd Mayweather Jr. in their super welterweight boxing match at T-Mobile Arena on August 26, 2017, in Las Vegas, Nevada. Proper No. Twelve, founded by McGregor in 2018, is poised to become the second-biggest Irish whiskey in the U.S. within the next five years. (Photo by Ethan Miller/Getty Images)

Proper No. Twelve Irish Whiskey is expected to become the second-most-popular Irish whiskey in the U.S. within the next five years, the brand said Monday. The brand, founded by Irish MMA fighter Conor McGregor in September 2018, is a baby compared with most prominent whiskey brands. In a short time, the whiskey has seen stunning growth, already holding the title as the fastest-growing whiskey brand in the U.S.

The brand’s commercial success and branding are extremely impressive, but the whiskey itself is anything but. Our review of Proper no. Twelve wasn’t exactly glowing.

In April 2021, McGregor sold his majority stake in the brand for about $155 million. Despite no longer owning the bulk of the company, McGregor remained on with the brand.

In January of this year, Dustin Poirier, a UFC fighter and rival of McGregor’s, founded a whiskey brand of his own, a bourbon called Rare Stash.