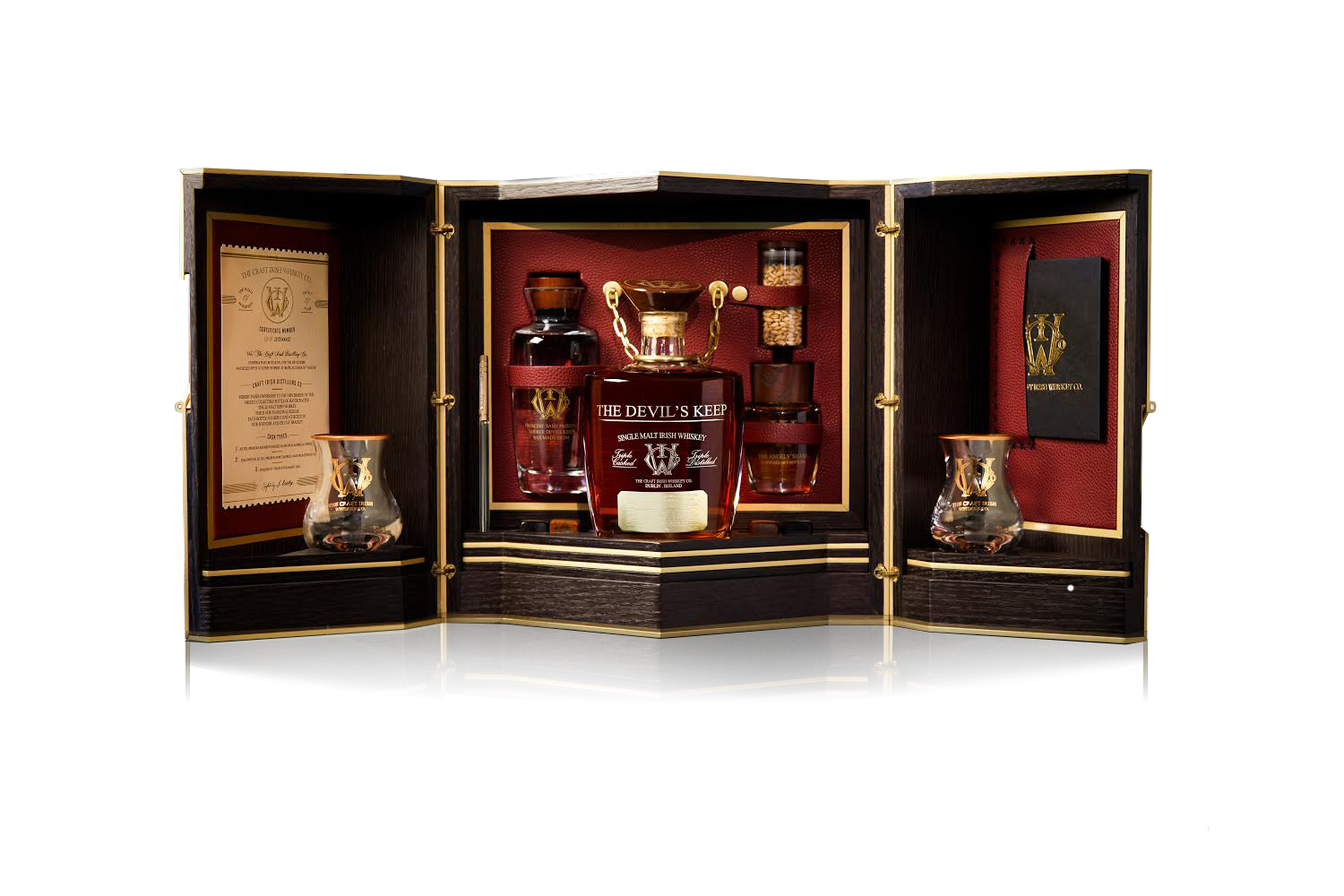 The Craft Irish Whiskey Co.’s The Devil’s Keep has won Best Single Malt whiskey in Ireland under the no age statement category at The World Whiskies Awards.

The Devil’s Keep launched in November 2020 as The Craft Irish Whiskey’s inaugural release, becoming the most expensive debut release in whiskey history after the first decanter sold for $60,000 in Houston, Texas.

The Devil’s Keep was triple distilled and triple casked in American, French and Hungarian Oak for peerless bourbon, tawny port and stave-toasted accents.

The Devil’s Keep’s box carries two Érimón glasses, a carafe of Irish spring water, semi-precious obsidian whiskey stones from the mountains of Armenia, a 24-karat gold water pipette and an atomizer containing the essence of the whiskey captured by expert perfumer Sarah McCartney.

The Devil’s Keep’s other awards include Gold from The A’Design Awards, a Gold medal from the IWSC Competition, a win from the Luxury Packaging Awards and Gold from The Spirits Business Luxury Masters Awards

Taste: Sweet golden honey mingles with Amarone and accents of dark cherries to add a velvety softness balanced by a dusting of rich dark chocolate to round off the palate. Rich and warming, yet fresh and well-balanced, with a subtle sweetness and a rich texture.

Finish: A long and viscous finish, with the lingering warmth of maple syrup and chocolate. Rich and oily, but not overwhelmingly so, and underpinned with a slightly dry finish, providing an indulgent and inimitable impression that remains on the taste buds.