Old Man Liver, a self described “musical artist, author, and business entrepreneur whose lifestyle and antics are criticized by many but adored by fans,” has released a whiskey brand under his own name. OML is certainly not afraid to speak his mind about his spirit and uses some pretty grotesque language to describe the contents of the bottle, as well as himself.  In a press release, the whiskey is described as “…orgasmically flavored alcoholic treat is a must taste!” along with a rambling story about drunkenly stumbling through strip clubs.

Who Is Old Man Liver? 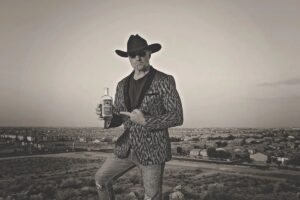 While I don’t particularly want to give him exposure, I’ll highlight some of his proud accomplishments.  He “graduated” from Louisiana State Penitentiary but now resides in “…the only state that allows prostitution and 24 hour bars/casinos.”  His musical inspirations come from Bach, Beethoven, Cheech and Chong, and the Muppets theme song.  Like a cheap dating website, OML lists his likes, which include roofies, angel dust, crystal meth, (and vitamin D!) while he dislikes marriage and working.  He has 3 major life ambitions: 1) Open a restaurant, 2) run for president, and 3) make smoking cool…

Surely The Whiskey Can’t Be As Bad As The Person?

The bar certainly isn’t set high, but it really tries it’s best.  The whiskey is sourced from Two Trees Distilling Co. who claim to have created a “proprietary process that mirrors and accelerates the natural process that occurs when alcohol is aged in wooden barrels over time,” and can replicate years of aging in just one working day!  Yeah, they throw wood chips into alcohol.  The selling points about their whiskey are all centered around marketing and getting out a product as quick as possible rather than anything regarding the quality or taste of the spirit.  Old Man Liver Whiskey also dumps in a bunch of flavorings.  At least Templeton starts with decent, real whiskey and doesn’t try to fluff it up with sex and drugs when the put in additives.

So Why Even Talk About It?

I think it’s important that we talk and recognize both the positives and the negatives of the Whiskey Industry.  Whiskey can be a great celebration of culture, artistry, science, and hard work.  It’s something people can share and have unique experiences with and bring people together.  There is also a big, dark side to the industry.  It is a substance that can be abused and cause major health issues.  We’ve seen the sexist, misogynistic issues that are often found connected with whiskey.  And clearly, companies and individuals see the marketing opportunity and are willing to cut corners, make up stories, use as many buzzwords to make a quick buck.  I hope that “Old Man Liver” is some persona, but you deserve better than his representation and his whiskey.