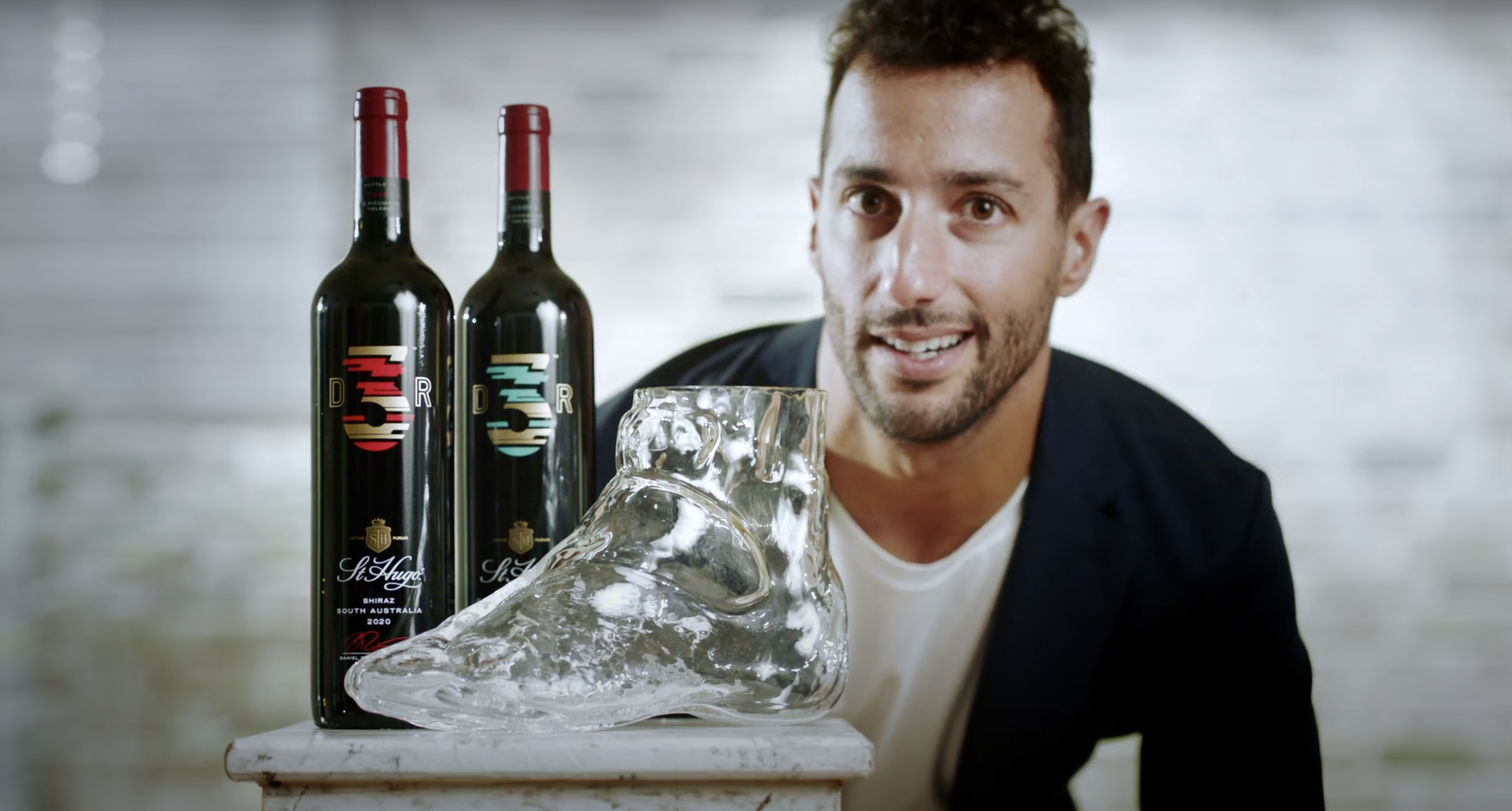 Known for drinking champagne from his shoe after winning races, Formula 1 driver Daniel Ricciardo is selling his new DR3 II wine in a decanter molded after his boot. (Photo: St Hugo Wines)

Australian Formula 1 race car driver Daniel Ricciardo, known for drinking champagne from his shoe after winning races, is releasing the latest wine from his DR3 brand — DR3 II — in a fitting decanter shaped like a boot, so you, too, can drink from a shoe — in hygienic fashion.

Drinking from a shoe is a popular practice in Australia known as a “shoey.”

The decanter is a 3D-modeled replica of Ricciardo’s left boot. It took more than 100 hours of work from Sydney-based studio Vert Design to design. Each decanter is hand-blown. To learn more about the making of the decanter, watch the following video:

Only 1,100 Ricciardo Decanters are available, at AU$700 (US$527) a bottle from the website of St Hugo, the Australian winery that produces Ricciardo’s DR3 brand. Delivery is expected to take eight to 12 weeks.

Ricciardo describes the decanter as “aerodynamic with finely tuned curves.”