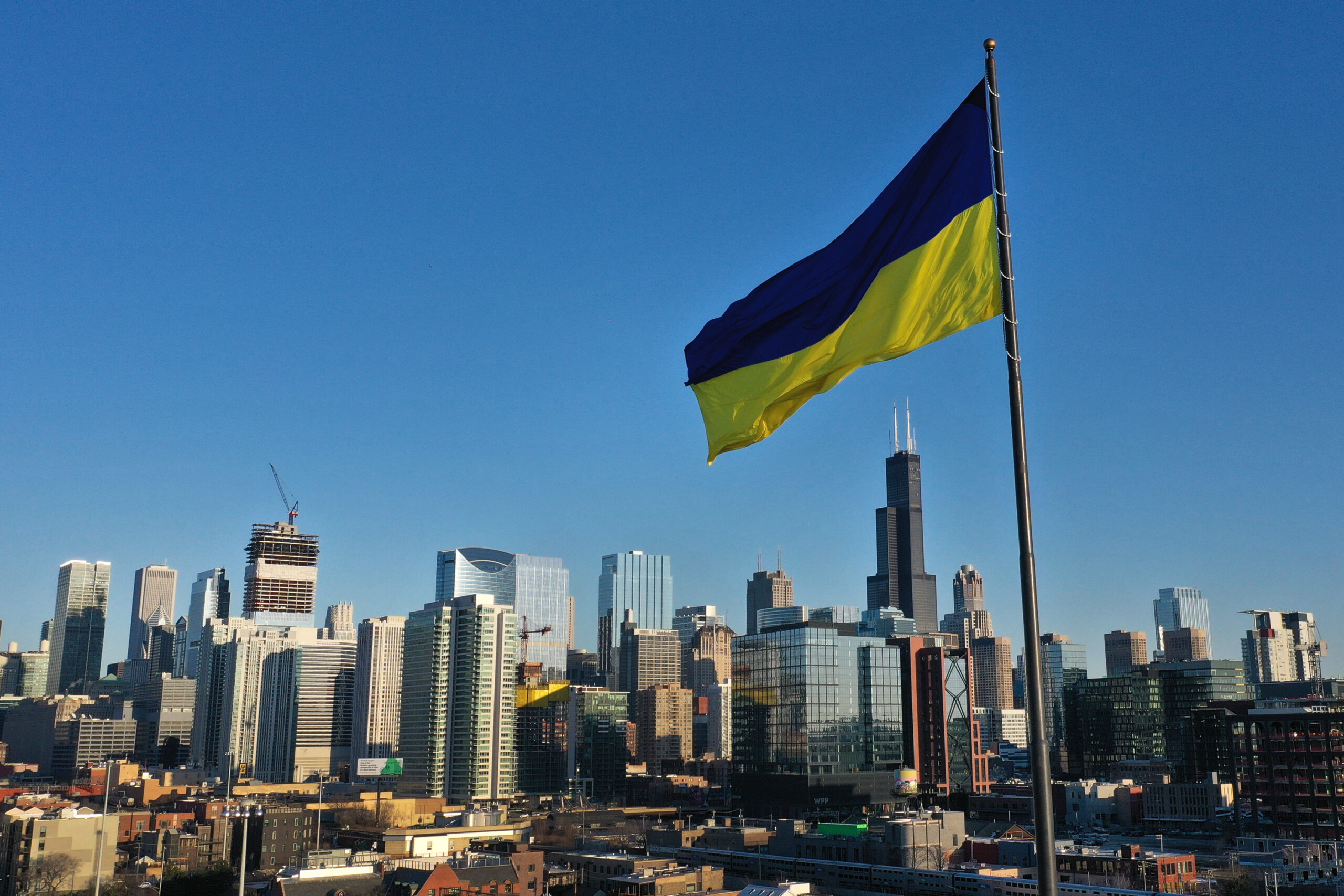 A large Ukrainian flag flies along the Kennedy Expressway near downtown to show support for the people of Ukraine on March 9 in Chicago, Illinois. Major spirits companies are cutting off exports to Russia after the nation invaded Ukraine. (Photo by Scott Olson/Getty Images)

Russia’s decision to invade Ukraine on Feb. 24 has led to massive economic ramifications. Sanctions have hit hard, and myriad companies have cut off the nation. That includes the booze industry. Diageo, the world’s third-largest alcoholic beverage company by market cap, confirmed last week that it will halt exports to Russia.

“Our priority is the safety of our people in Ukraine and the wider region,” a Diageo spokesperson said, according to Reuters. “We have paused the export of our products to Ukraine and Russia while we focus on supporting our employees.”

Brown-Forman, the 11th-largest alcoholic beverage company in the world by market cap, confirmed Wednesday that it had suspended commercial operations in Russia.

“We watch in horror as millions of Ukrainians continue to face the somber realities of war. Our thoughts are with them and all those who are full of fear and uncertainty, displaced and desiring refuge, suffering and seeking peace, or mourning and missing loved ones,” the brand wrote. “We are staying in close contact with our Ukrainian colleagues, providing assistance and financial support to help them during this time of need.

“In addition, we are making donations to Unicef, UNHCR [United Nations High Commissioner for Refugees], and International Medical Corps, organisations aiding Ukrainian children and all refugees and offering medical assistance.”

Edrington, which owns the Macallan, also suspended shipments to Russia.

Many U.S. liquor stores have halted sales of Russian vodka as a means of supporting Ukraine.